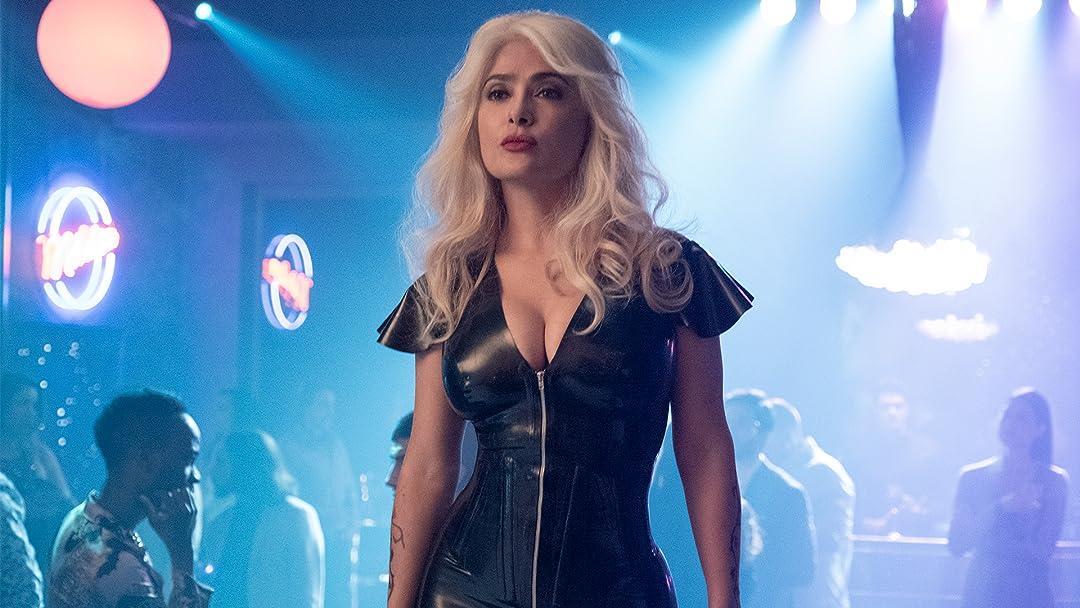 RecluseReviewed in the United States on July 24, 2021
1.0 out of 5 stars
The hitman’s wife didn’t merit a sequel
Verified purchase
I shouldn’t blame it on the wife’s character, although I could have done with 80% less swearing and screeching from her. And boobage. The whole movie lacked the charm (for want of a better word) of the first movie. The interactions between Reynolds and Jackson felt like even the actors were bored, and Reynold’s character was cringeworthy. The plot felt thrown together, shoot everybody, car chases, exploding cars, blood spatter, car chases, repeat, repeat. A bunch of new characters were thrown in between car chases to add some predictable dum-dum black suit flavor. The writers totally wasted Morgan Freeman, too. I regret buying this movie.
36 people found this helpful

Tori MartinReviewed in the United States on August 15, 2021
1.0 out of 5 stars
This film is TERRIBLE! Legit garbage!
Verified purchase
Let me begin be stating I work in the industry so this is both my personal and professional opinion. The movie is basically the brain child of some 13 year old as it has zero real content just randomness with nonstop cussing. Terrible acting, terrible dialogue, terrible story line. There is no way this film has 4 stars so you can believe the studio utilized paid reviewers. You don’t even have to watch the whole movie just watch the first 15 mins and see for yourself. I can’t believe that 4 A-List stars would sign on for this type of trash unless they just paid them insane salaries. You would be better off wiping your butt with $20 and flushing it then renting this movie. Rant over. #RefundPlease
30 people found this helpful

Robert D.Reviewed in the United States on August 16, 2021
1.0 out of 5 stars
Pretty much sucks
Verified purchase
We loved the original "Hitman's Bodyguard" and we were looking forward to this one. However, we were so disappointed and ended up turning it off after about 30 minutes. The language is so foul and is tossed in so poorly that it actually detracts from the movie. Plus, the scenes get so corny that they are no longer funny or dramatic... it's more, "I wish they would hurry up past this part and get on to something else." It's sad because it so much potential with some really great actors.
21 people found this helpful

KB465Reviewed in the United States on July 27, 2021
1.0 out of 5 stars
VERY DISAPPOINTED!!!!
Verified purchase
It just seems like the actors got together and said, "screw lets use dirty words and make fast money!!!"
Even the film editing look awful.

Waste of time and money.

James MReviewed in the United States on July 24, 2021
4.0 out of 5 stars
A good second installment!
Verified purchase
I am not going to talk about the plot or break down the cinematography because this is a romp stomp action comedy. Although they did have some great car chases with lots of damage like the first one. You really just buckle up for the ride.
There is more bad language in this than I can usually stand but there are some scenes where most people will not be able to stop laughing. Not as cohesive as the first one with Salma Hayek more involved in the action scenes. The short story is that if you liked the first one you will like this one probably as much.
7 people found this helpful

ElbowsReviewed in the United States on August 19, 2021
4.0 out of 5 stars
Three for the film, and one for Salma...
Verified purchase
I was particularly excited when I saw this movie was coming out. The original film was one of the best cinema surprises I'd had in a while. This film...is a bit disappointing. It occasionally hits the note of the first film, but ...this movie is rushed. I mean...as if this were filmed as a TikTok account. Endless cuts, super fast transitions, rushed story line, etc. The movie has zero time to breathe or bring some of the slower comedic joy from the first film.

If you enjoyed the first film, you may enjoy some of this - particularly Salma Hayek who...is gorgeous (worth the price of admission). The plot is paper thin, new characters are shallow, and even the action sequences don't have the surprising quality from the first film. This movie slides far down the "average Hollywood" path.

If this were in place of the first film, I don't think it'd get a sequel - it's just nothing special. The core characters and their relationships are still enjoyable, but this just feels like a hugely rushed, mediocre sequel.
5 people found this helpful

FatrCatReviewed in the United States on August 9, 2021
3.0 out of 5 stars
Sadly, This One's Triple 'F' Rated
Verified purchase
Really hate to say this, as I thoroughly enjoy the 'earthy-with-an-edge' Samuel L Jackson, the 'make-me-late-for-work' sexy, easy-going demeanor of Ryan Reynolds, the incredibly talented and underrated Morgan Freeman, and the lovely, seductive but unabashed Salma Hayek, but this sequel doesn't even achieve relying on the first film's success; it flounders solely alone without any outward blame. While the first pairing of Jackson and Reynolds held a good plot line throughout, it seems the only plot to Hitman's Wife's Bodyguard was seeing how many times and in how many ways Salma Hayek's character could shout or scream the 'F' bomb. I'm no prude where it comes to language in film or real life, but when it's used just to have uttered the word, without any basis, then it's nothing but childish titters over saying something 'naughty' while the parents are out of earshot. I got over that before I was 8 years old. Too bad; I really had high hopes of this flick being a chance to delve even further into the hilarity of the first go-round.
6 people found this helpful

VykodenReviewed in the United States on September 4, 2021
2.0 out of 5 stars
Didn't break a smile till 30 minutes left
Verified purchase
Like so many before, this sequel is nowhere near as good as the original. Thanks to Ryan Reynolds, it was mildly entertaining for the first hour, but it wasn't until the last 30 minutes that it brought a smile to my face ... and only one smile because of only one scene. The all-star cast was overdone and gawdy. With 3 main characters, the director annoyingly switched between 3 different simultaneous fight scenes often, which is very unfortunate. The last 20 minutes were boring and predictable. I gave it 2 stars, because I didn't hate it. But, it definitely was not something I was happy to purchase.
2 people found this helpful
See all reviews
Back to top
Get to Know Us
Make Money with Us
Amazon Payment Products
Let Us Help You
EnglishChoose a language for shopping. United StatesChoose a country/region for shopping.
© 1996-2022, Amazon.com, Inc. or its affiliates