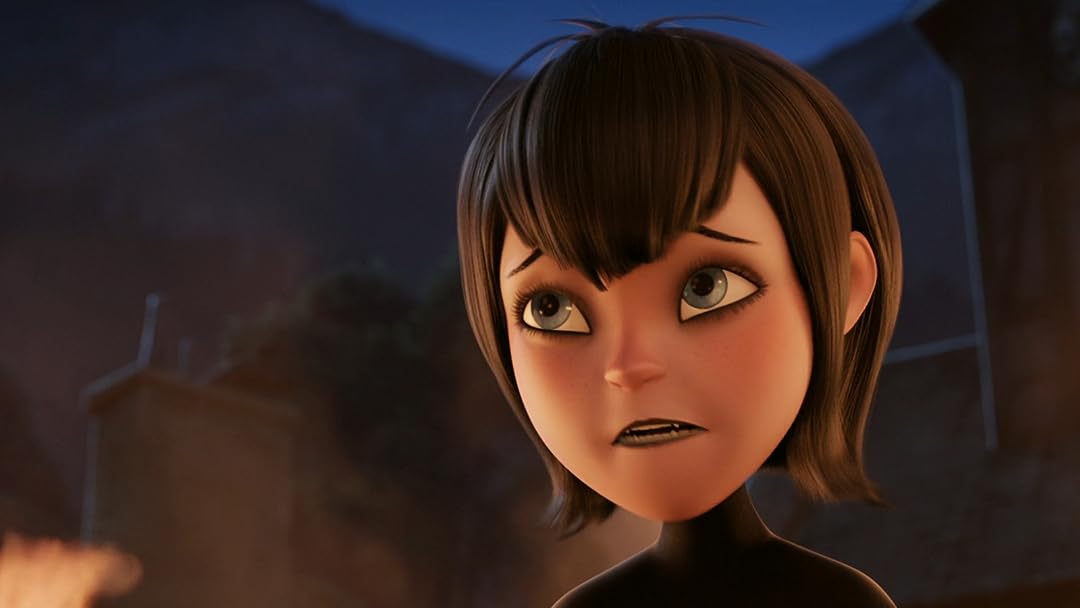 (24,689)
7.11 h 31 min2012X-RayPG
Welcome to Hotel Transylvania, Dracula's lavish five-stake resort, where monsters and their families can live it up and no humans are allowed.

candjReviewed in the United States on June 21, 2017
3.0 out of 5 stars
VERIFY Full Description !!!!
Verified purchase
I like the Movie we have Hotel Transylvania 2 . i purchased this item thinking that it was a digital copy along with the 7.99 DVD. Since that is what the description said. I got it today so excited to put it on my VUDU account and come to find out it DOESN'T include the Digital Copy like it says in all the descriptions. So I will be returning it ... nothing against the seller but please make sure you have the correct information before selling something
30 people found this helpful

montanadayReviewed in the United States on October 23, 2019
1.0 out of 5 stars
No Digital Copy, Amazon has it in the title and twice in the description
Verified purchase
My review title says it all. No digital copy is included with this. Amazon needs to get the description and the title of this correct. The title says digital copy in your order confirmation. Digital copy is listed twice, down below in the specifics and also in the formats. So if you are buying this for the digital copy, stop right now. Otherwise when you receive it you will have to take the time to contact Amazon and repackage to send back.
12 people found this helpful

Justin SheddReviewed in the United States on June 6, 2019
4.0 out of 5 stars
“Blu-Ray” does include DVD
Verified purchase
I ordered the “Blu-Ray” hoping the dvd was included as well, description wasn’t very clear on that. DVD is also included! Rating a 4 bc of description and some codes inside expired in 2015.
18 people found this helpful

RyottReviewed in the United States on April 23, 2016
5.0 out of 5 stars
A great movie for the whole family!
Verified purchase
My 4 year old loves monsters, and Hotel Transylvania is now his favorite. And that is great, because my wife and I really enjoy watching it too! This movie has managed to create funny characters that will appeal to both kids and adults, such as the over-protecting vampire father, the worn-out werewolf father-of-many and the brainless and energetic couple in love.

The pace of the movie is FAST, with almost not a second to breathe between one scene or joke and the next one, which makes re-watching the movie same as enjoyable as the first time.

Only side note: do not expect the movie to make a lot of sense, and be prepared for many inconsistencies. I had to put my nerd side to sleep while the vampires were walking in the daylight or looking at the sun (without it burning their eyes). It is a kids movie, so just relax and enjoy!

StephannieReviewed in the United States on November 6, 2015
5.0 out of 5 stars
funny, cute, great family movie
Verified purchase
We rented this for halloween to watch with our 2 year old. We love family movies, this one was no exception. He loved it and wanted to watch it over and over again. It actually has a couple different lessons in this movie that I think are important for toddlers and young children. The first lesson is about acceptance and diversity is that people who are different than you aren't scary, even if people like them weren't nice to you, that this person might be different. It also shows that monsters aren't mean, which is important for toddlers as they start to be afraid of the dark, we are trying to teach him that monsters aren't mean. That way even if his imagination starts making them up, he doesn't have to be scared, that's the hope anyways.
Overall this movie is great for kids, appropriate even for toddlers, and has enough humor to engage mom and dad, too, all the ingredients for an awesome family movie. I would definitely recommend this to a friend.
7 people found this helpful

Viktor VaughnReviewed in the United States on May 22, 2016
5.0 out of 5 stars
Very Funny! Definitely worth a watch
Verified purchase
Very Funny! Definitely worth a watch. Also check out Hotel Transylvania 2. These movies were written for kids and adults. As far a kids movies go, I would watch Hotel Transylvania all day over a classic Disney movie. As an adult, I was laughing at the kids jokes and the adult jokes/references. Adam Sandler co-wrote and stars as Dracula along with a ton of famous actors/actresses doing the voices and they all deliver! If you have seen any Adam Sandler movies, you will notice that he likes to cast his friends...good thing they are all hilarious! Our whole family loves Hotel Transylvania, but we actually prefer Hotel Transylvania 2 (funnier and we like the story better).
4 people found this helpful

SheviReviewed in the United States on October 3, 2013
4.0 out of 5 stars
Fun, funny, cute, and not at all scary
Verified purchase
Mavy's life is full of monsters. Her dad is Dracula, and he created the Hotel Transylvania to protect her from humans. (You could say he's a tad over-protective.) Her friends are mummies, Frankenstein monsters, werewolves, and the like. But daddy's little ghoul is all grown up and ready to explore the world. Then one night the unthinkable happens: a teenage human enters Hotel Transylvania, and he and Mavy fall in love. It's Drac's worst nightmare, and it's very funny.

I like this movie a lot, enough to want it in my collection, but I do feel it lacks the tension necessary to make this a great movie.

The reason behind Drac's extreme measures for protecting Mavy from humans isn't shown until very late in the movie, which makes it hard to relate to Drac, who is the main character. If that information had come at the start, he would have been easier to identify with, and we would want to see Mavy protected from humans, too. Alternatively, Mavy could have been the main character, because her conflict is real and clear. She wants to explore the world, fall in love, and grow up, but her dear, loving, undead dad won't let her. There's a lot of tension in that. More scenes that brought that out and starting the movie with her growing up, instead of as a baby, could have brought that tension into the movie. I understand why it's done the way it is, though. It's a safe movie for little kids this way, and it does make Adam Sandler the star of the show. Still, this makes it just a fun and funny movie, instead of one that's fun, funny, and really makes you feel.

So get it for the kids if they like monsters that aren't scary, or for yourself if you're an Adam Sandler fan.
See all reviews
Back to top
Get to Know Us
Make Money with Us
Amazon Payment Products
Let Us Help You
EnglishChoose a language for shopping. United StatesChoose a country/region for shopping.
© 1996-2021, Amazon.com, Inc. or its affiliates