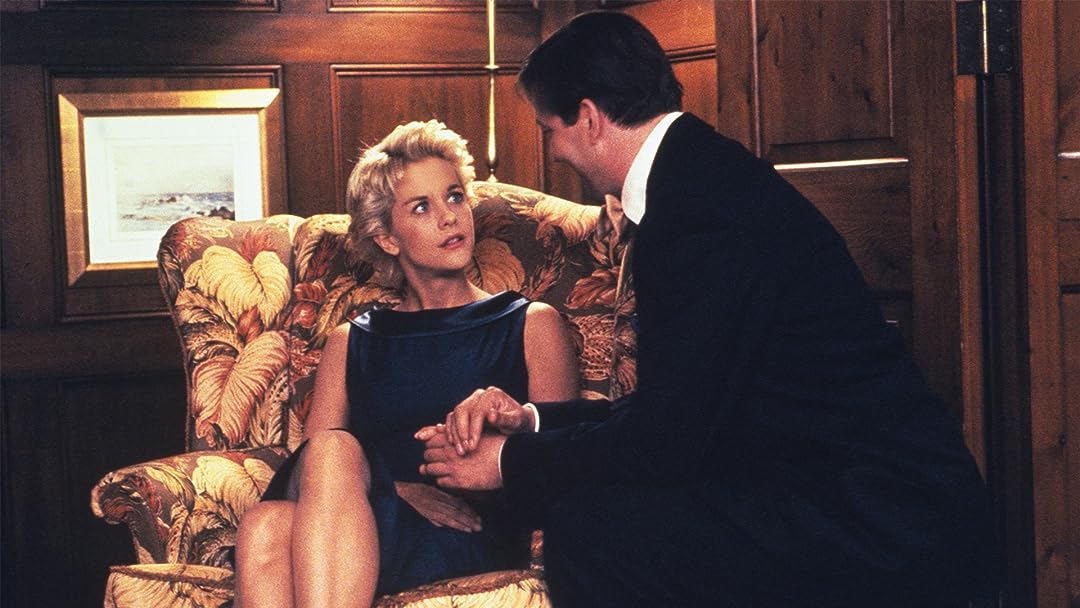 (1,541)
6.21 h 35 min1994X-Ray13+
All the world knows about Einstein the scientific genius. But what about Einstein the matchmaker? I.Q. puts this notion to the test and comes up with winning results in this "fun, warmhearted romantic comedy" that has critics and audiences cheering.

Amazon CustomerReviewed in the United States on March 9, 2021
3.0 out of 5 stars
harmless fun
Verified purchase
light entertainment. einstein and his gaggle of charming (all german) genius physicist buddies all devote all of their time to fixing up einstein's niece with a man of their choosing. she is a brilliant mathematician and he is a garage mechanic but that is beside the point. it is all in good fun, with stephen fry portraying her hapless fiancee who you can tell is evil because of the devilish experiments in his lab. all the actors are capable of much more, but this light fare gives them a chance to test out their comical chops. if you accept this film for what it is, you will enjoy it.
5 people found this helpful

PubliusReviewed in the United States on November 20, 2018
5.0 out of 5 stars
Such a great, romantic movie!
Verified purchase
I don't know why but there are just so few movies like this anymore. Hollywood seems to be obsessed with gruesome and brutal violent scenes, or satanic horror flicks, and finding ways to push the envelope of good taste. This movie is well done and in good taste.
18 people found this helpful

Big Kitty 720Reviewed in the United States on June 20, 2020
4.0 out of 5 stars
unique story
Verified purchase
I loved the mix of a sweet love story and the portrayal of the Einstein character. My Mother went to college in Princeton at the same time Einstein lived there. The character portrayed by Matthau seem similar to what my
Mother remember from stories about him at that time, in the 20s and 30s. Great ending too. You can't go wrong with Tim Robbins, Walter Matthau, and Meg Ryan,; iconic actors whose careers span the last 40-50 years as a group.
6 people found this helpful

MargieReviewed in the United States on November 1, 2019
5.0 out of 5 stars
One of my favorites
Verified purchase
Love the music, really a lift and the way they zeroed in with the camera on these old fellas shoes tickles me
every time I see it. Music that is cute being played while they do this. There a bit of humor all during this
movie that is delightful! I don't care for the crazy man segment, but I just ignore that and enjoy rest of
this funny movie. It's exceptionally done!

Enjoy!!!!!Reviewed in the United States on February 7, 2020
5.0 out of 5 stars
So Cute and Fun
Verified purchase
This is one my favorite movies that I can watch over and over again. When I think of it, I think so cute so fun. Walter Matthau, Meg Ryan, and Tim Robbins lead an interesting cast of characters. This movie is where blue collar and academia meet in the cutest way and where fate/soulmates are pressed together in a fun steady stroll. Thinking about it makes me smile.

Watch Tim chase and Meg sidestep and Walter and his cohorts join in!
6 people found this helpful

Yvette P.Reviewed in the United States on April 3, 2016
5.0 out of 5 stars
Charming, feel good movie - you should watch it.
Verified purchase
This was a very charming movie. I enjoyed it completely. The wittiness of the different characters, it was just brilliant. I love the generation difference and the relationship between the Uncle and the young man trying to date the niece. Seriously, this is a wonderful movie. How the young man pretends to be something he's not with the help of the old men is so adorable, but you can also see that he really is intelligent. I highly recommend this one. It really is a feel good movie that will keep you smiling from beginning to end.
17 people found this helpful

Gregg HierholzerReviewed in the United States on March 29, 2021
5.0 out of 5 stars
A Definite Favorite - Romantic Comedy
Verified purchase
This is one of my favorite movies. Its a bit older but that doesn't matter as it is set in or around the late 50s. Meg Ryan , Tim Robbins and Walter Martha play awesome rolls. As Albert Einstein (Matthau), his Niece and a mechanic (Robbins). Love at first site for Robbins and Ryan doesn't want anything to do with him because he is ONLY a mechanic. Love know no bounds. But will it survive?

MartineReviewed in the United States on February 7, 2016
4.0 out of 5 stars
IQ meets EQ
Verified purchase
This is a light-hearted romantic comedy that is amusing to watch mostly due to Tim Robbins performance and the antics of the Einstein Cohorts! The plot is a fictionalized version of Albert Einstein and his famous physics compatriots living in Princeton, along with his niece, Catherine Boyd, who did not exist in real life.

Walter Matthau is endearingly funny as the very old Albert Einstein, who lapses into German and has a crazy head of hair. The only weakness in his strong intellectual faculties, is the love for his niece, Catherine, and his belief that his niece is marrying the wrong man, who will turn her into a hausfrau (housewife) and make her unhappy.

Meg Ryan is Catherine Boyd, the geeky but very pretty niece of Einstein, whose brainiac head is filled with so many math equations, that practical matters escape her. Her thoughts race faster than her mouth can voice them. Meg is young and pretty enough to carry this off, but she is still the same Meg Ryan as in all her roles. A cute tilt of her head, a pert toss of her hair, quizzical expressions, a comic grin, a lip curling in derision, speaking girlishly fast, giggling like a teenager, and flouncing off, are her stock in trade. It is her startling blonde beauty that has carried her off to Hollywood and numerous films, and this is the only thing she has to offer. If she were not so pretty or so blonde, she may have had to learn to act to get parts and would have not had it so easy to get roles opposite major male stars.

Stephen Fry is very droll as the stuffy English Psychology professor and fiancée of Catherine, who does experiments on rats genitals and primates. Stephen is variously known as Monkey Lips, The Chimp Pimp, The Excremental Professor, The Rat Man, and The Rodent King! He plays a nice foil with his bookish knowledge to Tim Robbins’ street savvy mechanic character, and showing a jealous mean streak as the jilted boyfriend when his attempts to win Catherine back are foiled.

Tim Robbins is the love-struck blue collar mechanic Ed Walters who is suddenly thrust into intellectual circles far beyond his level of education, due to his attraction to Einstein’s blonde niece. Fortuitously it turns out that he is endowed with a higher than average intelligence which explains his voracious appetite for science articles and his genius with the mechanics of motor cars. He befriends Einstein by giving him a joy ride on his motorcycle, and is commissioned to chop off the top of Albert’s car to create a convertible. This allows him access to Blondie, and a romance begins. Ed Walters has emotional intelligence known as EQ, and this is complements Catherine Boyd’s IQ or rational intelligence. They are almost two pieces of the same puzzle.

There is humor in the juxtaposition of Ed’s coworkers and boss versus Albert’s physicist friends. The era is 1950’s, cars are big, women wear skirts, men are gentlemen, and romance hangs in the air. There was one major mistake made in the film. Ed Walters imitated Marlon Brando as The Godfather, to make Catherine Boyd smile. The Godfather role played by Marlon Brando premiered in 1972. Albert Einstein died in April 1955. This made me wince and feel very manipulated by the movie. Such an obvious error discredits the entire film. Come on! Don’t make chimps of us all.

If Meg Ryan has been a better actress and carried her part, this would have been a good film. She is the only female shown, and the film revolves around her character. Sadly, she was not, and Meg’s head tosses and insouciance make you want to smack her into a reality check!

However, this is light entertainment, and it succeeds on this level as the humor created by Tony Shalhoub (Ed’s mechanic boss in the garage), Tim Robbins, Walter Matthau, and the rest of the cast make you chuckle and warms up a cold night. Good for relaxing with the family or picking up your spirits after a tiring day.
17 people found this helpful
See all reviews
Back to top
Get to Know Us
Make Money with Us
Amazon Payment Products
Let Us Help You
EnglishChoose a language for shopping. United StatesChoose a country/region for shopping.
© 1996-2022, Amazon.com, Inc. or its affiliates