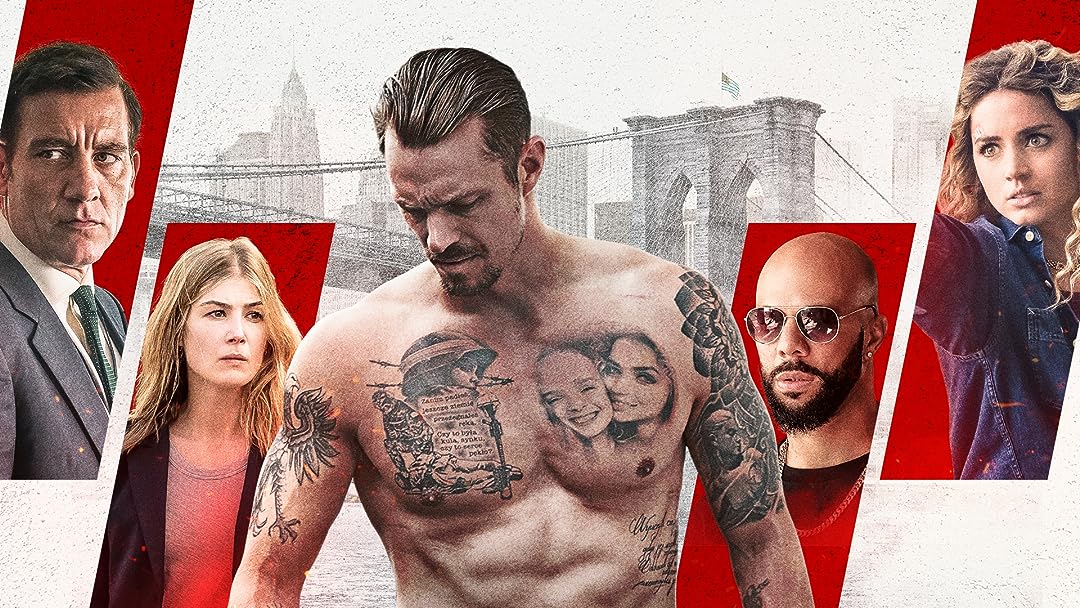 (20,802)
6.61 h 53 min2020X-Ray18+
An ex-convict working undercover intentionally gets himself incarcerated again in order to infiltrate the mob at a maximum security prison.

BRRReviewed in the United States on December 4, 2020
4.0 out of 5 stars
Kinnaman makes good on his early action genre promises: "Strap in folks, I'm just getting started."
Verified purchase
First, a little history about the lead actor's career before this action-thriller entry, because THE INFORMER is an entertaining vehicle whose primary purpose is moving this actor further toward becoming a household name:
Before his role as Takeshi Kovacs in the Cyberpunk series Altered Carbon on Netflix Originals . . . Before playing the hardened survivalist-father in the Prime Original series Hanna . . . And before Kinnaman's turn as the love-tortured military commander involved in paranormal doings in pop-culture entry SUICIDE SQUAD. . . Kinnaman co-starred in a Canadian detective series called THE KILLING. This was arguably one of the best detective series ever produced. The character arc (personal development) of Kinnaman's character, Stephen Holder, was pure change from beginning to end - highly unusual for a not-yet-well-known actor to play, and highly unusual for any series to script, because it stretches believability if not done very well. It's difficult to pull off, even for a well-known actor. However, as Holder, Kinnaman takes his character from a recovering Junkie screw-up when we meet him to a full-blown protector sidekick and later Hero-Knight figure across 3 seasons. Getting the audience to buy it wholly and easily looked surprisingly effortless - a testament to Kinnaman's acting abilities in a series where he is unable to rely on his amazing physique to punch up the volume in a scene. We are able to buy Holder's character hook, line, and sinker, as does his partner in the series, a female detective who loses custody of her son and later begins to lose her moorings and her grip on reality. In the end, she comes to see Holder as a savior, one she didn't imagine she needed, and ultimately, realizes he's been the one steadfast support, her Rock of Gibraltar, helping her to hold her world together while she solves murders - something she's much better at than relationships.

Kinnaman's loud announcement in THE KILLING, and in every project since, was akin to a "launch warning" for both the action and the drama genres that he'd arrived. Kinnaman's performance in THE INFORMER makes good on that promise. A husband and father with a felony past, his character helps the FBI infiltrate a target's organization and he finds himself placed in one compromising position after another, both by the Feds and by the target they're after. Filmed with a direct-to-TV-movie feel, it nevertheless rises above that level through Kinnaman's performance and that of the supporting cast, which includes several excellent veteran actors. A crime thriller with an attitude and lots of eye candy to please any gender, this is a solid add to Kinnaman's resume and an entertaining action-thriller that ends on the implication of a possible sequel.

While I wouldn't say no to a sequel, I'd be lying if I said I wouldn't prefer to see Netflix strike a deal with Kinnaman to return in an Altered Carbon Season 3 entry, even though Netflix has decided against a Season 3. But an S3 would have had another, 3rd actor, playing the sleeve-swapping Takeshi Kovacs. However, it wouldn't be that difficult to write an S3 that finds Kovacs' mind-and stack-back inside the Kinnaman-character-based body for more Cyberpunk SciFi Envoy fun.

Whatever Kinnaman does next, he's given us fair warning with every project to strap ourselves in for the ride, because he's just getting started.

Jannie GunsReviewed in the United States on December 24, 2020
5.0 out of 5 stars
Not overdone or undercooked.
Verified purchase
Why bother leaving a review that only says a movie sucks or is great without saying why? It doesn’t give much to go on.

Kinnaman delivered as per usual. The violence wasn’t over the top so bad that it was unbelievable. The antagonist could have been a little stronger. Was it the situation or the Feds?

The ending was done just perfectly enough for a sequel. But if there’s not one, it’s more realistic too, because not all endings are happy or turn out the way we want.
45 people found this helpful

RomanoReviewed in the United States on November 8, 2020
4.0 out of 5 stars
Good purchase
Verified purchase
The price is too high. The Informer keeps the suspense till the end,. However, the ending is too short.
28 people found this helpful

ToshaReviewed in the United States on November 10, 2020
4.0 out of 5 stars
Definitely worth watching!
Verified purchase
My husband and I really liked the movie. Joel was great as usual and also Ana, Common, Rosamund and Clive. The movie is a little more real in some ways instead of watching something and thinking that couldn’t really happen. Sometimes I don’t realize that I do this but I did stop yelling at Wilcox when she got into the ambulance. The ending was bitter sweet but we all can’t have sunshine and rainbows. But it was still a really good movie!
27 people found this helpful

BreReviewed in the United States on November 6, 2020
5.0 out of 5 stars
Joel Kinnaman was excellent
Verified purchase
Loved it!👍🏼
28 people found this helpful

MistifyReviewed in the United States on November 11, 2020
1.0 out of 5 stars
Do not spend a penny on this movie
Verified purchase
$21.00 for a terrible movie Hollywood is so lame it is unbelievable the garbage they put out and then charge you a fortune to watch they have lost their minds
27 people found this helpful

C. BroganReviewed in the United States on November 11, 2020
4.0 out of 5 stars
Theater worthy!
Verified purchase
I would have gone to see this movie in the theater. Well paced and great story. The lead actor is always great, as I remember him in RoboCop. I really did not like the ending though. I wish they wouldn't make it so obvious that there will be a sequel.
21 people found this helpful

TBombReviewed in the United States on November 9, 2020
5.0 out of 5 stars
Awesome
Verified purchase
Love watching movies! Makes you want to keep watching and find out more.
19 people found this helpful
See all reviews
Back to top
Get to Know Us
Make Money with Us
Amazon Payment Products
Let Us Help You
EnglishChoose a language for shopping. United StatesChoose a country/region for shopping.
© 1996-2022, Amazon.com, Inc. or its affiliates