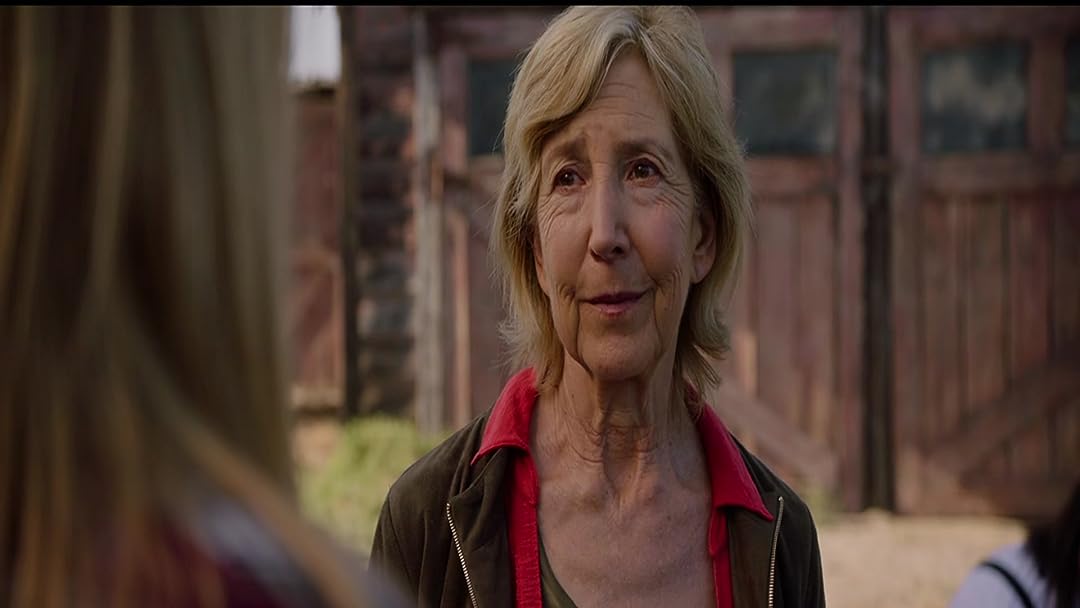 (16,287)
5.72018X-RayPG-13
In this supernatural thriller sequel, Dr. Elise Rainier, the brilliant parapsychologist, faces her most fearsome and personal haunting yet: in her own family home.

EmmieReviewed in the United States on December 8, 2018
1.0 out of 5 stars
So stupid I couldn't understand it
Verified purchase
This was boring until the last 1/4 of the movie and then it just got stupid. They threw everything but the kitchen sink at this movie trying to make it scary but all it did for me was make me impatient. All of the women ghosts looked alike, one girl is having fits while the other one is where? Doing what? Who knows. Who cares. The director knows nothing about building up to th climax. Everything was at the same value from the second half on.
I assume I'd have to drop 100 IQ points to understand this mess. I saw the first one and hated it but I saw all the 5 star ratings and I thought this one might be better. No such luck.

For anyone who loves this movie, WHAT WAS THE POINT OF THE KEY FINGERS? What are the odds of 2 perverts who keep women captive would live in the same house 50 years apart?
Good heavens do I detest this movie.

DMAReviewed in the United States on June 20, 2018
4.0 out of 5 stars
The Last Key: A Good Film, Not the Best Cut
Verified purchase
As a fan of the Insidious series, I purchased The Last Key hoping that it would be as good as the others, and in a lot of ways, it is. I really like Lin Shaye's character, and The Last Key really fills in a lot of the details about her background; her "gift" was the source of wonder and pain as she was growing up, and it lends a great deal to the story. The final cut of the film wasn't its best form, in my opinion; watching the deleted scenes, I found myself wishing that a good many, if not all of them, had been included as part of the film. (The alternate ending was interesting, but I'm glad they didn't use it). It seemed that the omitted scenes really fleshed out the the plot, and provided some excellent atmospherics and additional scares. I'm guessing that the film was trimmed to meet a set running time. I'm not sure if the Insidious franchise is enough of a money-maker at this point to warrant a Director's Cut of the The Last Key, but I believe it certainly deserves one.
11 people found this helpful

Queen HappyFaceReviewed in the United States on April 25, 2018
3.0 out of 5 stars
It was ehhh
Verified purchase
It was ehhh. I would have liked it more if I didn't flat out pay for it. It's worth watching with a cable subscription, but I could've gone without owning it. I bought the last movie as well and was a bit disappointed, but this was worse. I'm a fan of this series (including The Conjuring) the last two was just meh.

Oh well. It's good enough for a date night to just roll into the sheets and watch. Maybe get a good laugh from someone that's willing to talk during the movie and find the humor in it. Otherwise, it's just another meh movie.

MarcFusion Dot ComReviewed in the United States on March 17, 2019
1.0 out of 5 stars
Mediocre, Assembly Line Horror from Blumhouse
Verified purchase
This is the fourth installment of the Insidious series and this time, the franchise aims for a kinder, gentler kind of horror movie. This is a Blumhouse movie and it is business as usual for the production house, aiming the movie at tweens, no real scares, no bloodshed, and a reliance on cheap, far too frequent jump scares, but there’s some fresh elements here as well. The Last Key wants to drop the horror vibe and go for a tender, feel good kind of approach, especially as the movie rounds the corner into the final act. I am sure some will like this warmer tactic, but I found it to be out of place and more the result of Leigh Whannell being out of ideas, so he just went for the lame duck finish. While The Last Key isn’t scary and does little to even try beyond the jump scares and sudden, loud audio cues, it does have a terrific sound design and a capable lead in Lin Shaye. She puts a lot into the role and turns in an effective performance, easily the highlight of the movie. I wish I could say the same for the comic relief of her two helpers, but the humor is lifeless and depressing to watch. I liked The Last Key more than I expected, mostly thanks to Shaye’s performance, but it is still just more of the usual Blumhouse, overly tame, assembly line horror. Visit my site for a full review!
5 people found this helpful

DIOMEDEXSZReviewed in the United States on February 26, 2022
5.0 out of 5 stars
ELISE HAS FACED DEMONS BEFORE BUT NOW SHE HAS TO FACE THE GREATEST DEMON OF HER OWN LIFE
Verified purchase
~ Elise is all grown & old now, but she is still in the business of dealing with ghosts & demons.
~ However now she has to face the greatest demon of all, her own, from childhood, which she released while living at her childhood family home. Reluctantly, the childhood home from which she ran away many decades ago, & away from her father, who made her constantly physically suffer because of her psychic ability.
All after a man with his own personal demons calls upon her help, to get rid of ghosts that constantly haunt him & the home he recently just bought, Elise's childhood home.
~ She now also has to face the repercussions of her abrupt leave, after leaving behind her mother & brother, to deal with her father's abusive fearful contentions.
~ But she will not be alone in her fight, when a surprize ally joins her.

BrianReviewed in the United States on August 2, 2018
5.0 out of 5 stars
Lin Shay and Ava Kolker were masterful
Verified purchase
I’m a huge fan of Insidious, and while the originals of any series are always hard to beat, this one is right up there. I really liked the “inside jokes” written into the script, as I found the intermittent humor a good balance to the otherwise horror-themed storyline.
Lin Shaye put on another great performance for the viewers in my opinions. She has a knack for this genre for sure.
And speaking of performances, I must give the little lady who played young Elise due credit. Ava Kolker was epecially stunning. At 9 years of age when this was filmed, she grabbed the audience by the shirt collar with her haunting cries and convincing reaction to getting beat with a belt. (A scene that I still gives me goosebumps because she’s so believable).
All in all this recent addition to the Insidious lineup did not disappoint!
5 people found this helpful

Bekah HernandezReviewed in the United States on April 18, 2018
3.0 out of 5 stars
You finally get to know Elise.
Verified purchase
While this movie did have quite a few jump scares, it did little in the way of imagination that the other previous movies have not already done. I have always loved how there has always been very little gore in these movies and things have been left to the imagination of the viewer. Something that has greatly set apart a lot of the James Wan movies. The ability scare someone out of their wits with an idea of what may come is still a very frightening thing. The movie is very good. However, is predictable. We know that the heroine will live and save the day, although it does a thorough job at explaining where Elise came from what forged her to be who she is for the original insidious. The one question that it left me with was why didn't her mother come sooner when the whistle was blown by the other ghosts? Still good though.
5 people found this helpful

DebReviewed in the United States on December 7, 2021
5.0 out of 5 stars
Great sequel
Verified purchase
I like how this movie is just a bit different in the respect of the purge not ending after 12 hours. In my opinion I felt the last two in this series have been the best. They have always had the government behind The Purge as well as extremely rich people from the very beginning. In that regards I don't understand why people are reviewing this as if suddenly it has a political agenda. Why have they watched these movies and suddenly noticed with this last installment. Great picture quality and acting. I highly recommend!
See all reviews
Back to top
Get to Know Us
Make Money with Us
Amazon Payment Products
Let Us Help You
EnglishChoose a language for shopping. United StatesChoose a country/region for shopping.
© 1996-2022, Amazon.com, Inc. or its affiliates