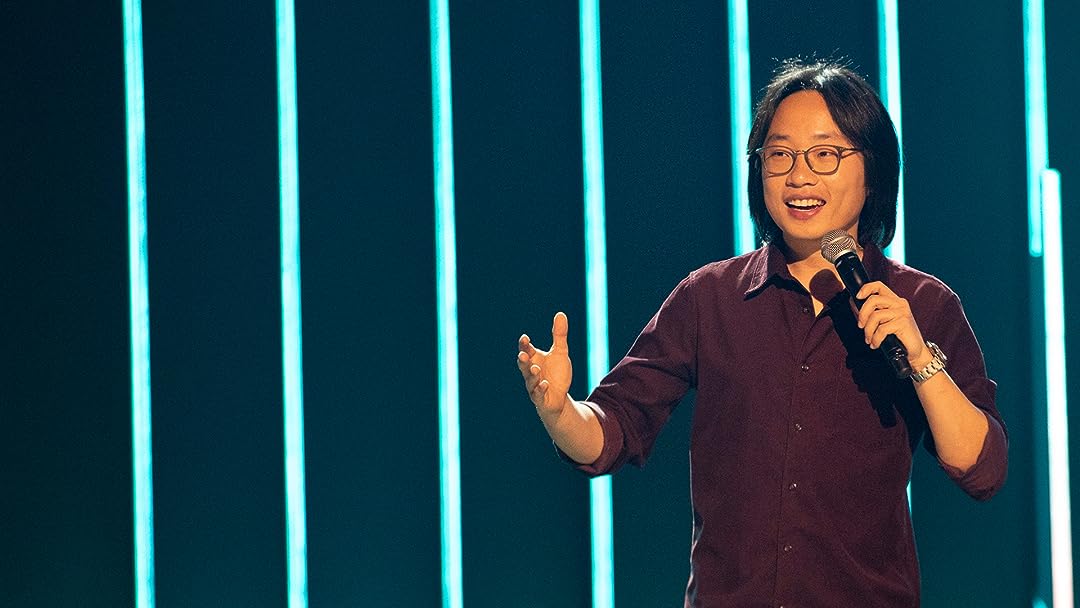 Season 1
(933)
7.22020X-RayUHD18+
In his debut standup special, Good Deal, Jimmy will tell you all about his take on Asian representation, how he learned to speak English from rap videos, dating tall women, and pursuing his dreams only to disappoint his old school Chinese parents. From assimilation to representation, Jimmy O. Yang delivers an absolutely hilarious hour of comedy in Good Deal.

Amazon CustomerReviewed in the United States on May 8, 2020
5.0 out of 5 stars
The Real Jin Yang
It is really nice to see Jin Yang of Silicon Valley in this solo stand-up comedy show. He turns what must have been pretty painful events into hilarious comedy like being bullied about his gym clothing and not going to Chinese restaurants because his non-Chinese friends expect him to speak Chinese when ordering. This must have been filmed before the COVID-19 pandemic as the show starts out with Jimmy saying that it has been good two years for Asians. What Jimmy points out in his show in a comical way is very much apparent and painful for Asian-Americans everyday here. Even after getting his American Citizenship, he saw no difference in people viewing him as foreign Asian rather than American while his friend named "Ian" was assumed to be American and not checked at the border into U.S. from Mexico while Jimmy was stopped and checked.

I was laughing but also felt sad too with some folks using the pandemic as a license to harass others. What matters is containing the virus so the focus should be on who is spreading it. Recent facts have surfaced with Europeans spreading the virus in the East coast such as the epicenter New York and European mutation being more deadly. Some European countries like Sweden have not imposed any lock down measures, believing the virus is good for their immunity leading to 10 fold higher death rate than their neighboring country but little focus is paid attention to those spreading the virus. I think we, Americans, should be thankful that it happened first in China as China made the sacrifice to impose the strictest lockdown measures in the world, something that probably would have led to a rebellion elsewhere. As the media and politicians are quick to persistently criticize and scapegoat the Chinese markets, two million chickens had to be killed and pig fetus aborted here. And yet, no cries of inhumanity over such conditions those poor chickens and pigs endure while they are alive and the cruel way they are slaughtered. Let's not forget the poor sea animals that are inhumanly captured and imprisoned in tanks tied up and starved then boiled alive. Don't point to China, look at yourself in the mirror. It is the herbicide and pesticide that you pour over your lawn that contributed to this epidemic. Your support for petrochemicals, offshore drilling, etc. As you watch Jimmy O. Yang's show, think about just how privileged you are.

HannahReviewed in the United States on May 17, 2020
1.0 out of 5 stars
Doesn’t do it for me
The show just doesn’t do it for me.
It gets really old when all his jokes revolve around race. not funny at all. I’m a Chinese immigrant myself and in my opinion, all the talk about asians just reenforcing the stereotype and it’s ironic. He is obviously projecting his own feelings. I think when you place too much importance on race then somehow you lose the opportunity to show real merit. Not funny let alone original. I don’t say this because he is an asian, I say this because this is just not funny. It really bothers me to see some of the reviews are defending China and it gets so political. If you love China so much why don’t you just stay in China and support China. It is so funny to see those people made a fortune in China and left China and came to America instead of making an effort to assimilate to American, they try to make America to become another China. So typical Chinese, controlling and lake of originality. If America becomes like China where are you going to immigrate to?
153 people found this helpful

Daniel A.Reviewed in the United States on May 11, 2020
5.0 out of 5 stars
laughing whole tmie
Verified purchase
great comedy stand up from funny actor i love him in show silicon valley and his stand up is just as good if not better than his acting!!
44 people found this helpful

Tri TranReviewed in the United States on May 9, 2020
1.0 out of 5 stars
WTF is this crap... NOT Funny...
I'm asian and this is got to be the most redundant, horrific, standup performance I have ever seen... What was even funny? Oh hi I am asian... I didn't choose to be... so I am representing asians? cringe worthy performance... nothing funny.
75 people found this helpful

bjackiec7Reviewed in the United States on May 9, 2020
5.0 out of 5 stars
Hilarious and Genuine
We've mainly known Jian Yang from one of our favorite shows, Silicon Valley. When we saw his stand-up pop up on our Amazon Prime line-up, we had mixed expectations - could Jian Yang carry a show, let alone a stand-up, on his own? We decided to watch the first ten minutes and decide. Little did we know, the show was hilarious! Jimmy addresses racial issues using his own experiences and his family, but never crosses the line. His humor is genuine and at times sweet, especially resonates with Asian-Americans who share similar experiences. We thoroughly enjoyed the show and was hoping for more when it ended, albeit on a strong note. Good job Jimmy!
48 people found this helpful

CKCReviewed in the United States on May 8, 2020
5.0 out of 5 stars
Refreshing!
Jimmy O. gives us a rare sneak peak into what being Chinese means in a modern world. Worth the view!
39 people found this helpful

Marlee PradichithReviewed in the United States on May 8, 2020
5.0 out of 5 stars
Amazing!
Big fan, funny show that gives good insight to growing up in America when you're Asian.
42 people found this helpful

GuitanaReviewed in the United States on May 8, 2020
5.0 out of 5 stars
😂
Relatable & Funny!
39 people found this helpful
See all reviews
Back to top
Get to Know Us
Make Money with Us
Amazon Payment Products
Let Us Help You
EnglishChoose a language for shopping. United StatesChoose a country/region for shopping.
© 1996-2022, Amazon.com, Inc. or its affiliates