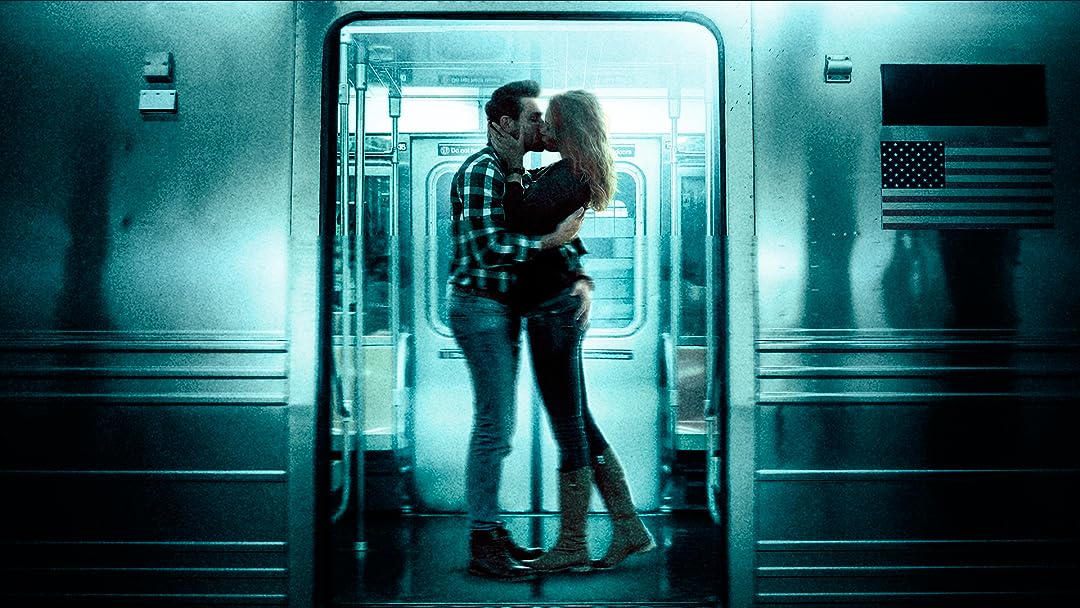 (16)
5.41 h 20 min202016+
Based on life events, two complete strangers confront each other at a Subway station as both intend to jump in front of the next train and end their lives. Rain is a stripper who can't escape her abusive boyfriend. Anthony has lost his son and his desire to continue living. Both on the edge of despair, both see hope in one another -- both become inspired to give life another chance together.

Jeff JoslinReviewed in the United States on November 22, 2020
5.0 out of 5 stars
Authentic!
Verified purchase
A refreshing story of hope that thought their lives weren’t good enough, but as fate plays out, they find that two are be better than one. So worth watching.
One person found this helpful

Diane MontesReviewed in the United States on November 22, 2020
5.0 out of 5 stars
Uplifting
Verified purchase
WOW, wOw, and wow is all I can say, this romantic comedy is beautifully put together and what a beautiful end to a very sad situation they lead actors were going to do. Very impressed with the filming and locations filmed in New York City, brought back many memories from the days when I worked in the city. Lastly, the music for this film was great. Thanks for an awesome uplifting movie during these trying times.
One person found this helpful

NanzReviewed in the United States on June 23, 2021
1.0 out of 5 stars
Waste of time
Verified purchase
Terrible acting... very slow story development, just a waste of time.

Larry LawsonReviewed in the United States on November 30, 2020
5.0 out of 5 stars
Absolutely must see.
Verified purchase
Emotional film that brought us to tears. So glad we found it. Uplifting for the current times.

ROBERT L. MONTESReviewed in the United States on March 12, 2021
5.0 out of 5 stars
Loved it!
Verified purchase
Great performance by Anthony Montes

C. K. GeraghtyReviewed in the United States on November 19, 2020
5.0 out of 5 stars
Inspiring
The Last Train, by Anthony Montes
Film review by C.K. Geraghty

The recently released film, The Last Train, by Anthony Montes, is for the fortunate viewer, an unexpectedly found treasure, as if one stumbled upon a precious gemstone while grasping for loose change, and the discovery’s hidden riches escalate in value and profundity as the story unfolds.
The premise of The Last Train initially engages us in the struggle of two battered human beings, nearly broken by the tragedies each has endured. Without sentimentality, by simple and honest study of human interaction, the film transmutes a perspective from existential pessimism into a recollection of the power of compassion, and is a reminder of the endless possibilities for the healing and redemption of the heart. With understated simplicity, The Last Train reveals how real love between any two human beings, no matter how defeated and wounded each may be, has the power to mutually redeem the other from despair. Thus human suffering is divinely alchemized to gold.
Both lead actors, Anthony Montes and Danielle Ciera, give raw performances. Ciera, as “Rain”, (her stripper name), is unavoidably adorable and accessible, despite her tough defenses and cold attempts to push “Anthony”, Montes, away from her. Her performance is infused with delightful, quirky authenticity and childlike openness. Montes, simmering in understated grief, draws us into the complexity of facing life’s tragedies, with all its attendant guilts and regrets. It is by recognizing Rain’s indisputable worth as a human being that Anthony finds a way to resurrect enough self love to awaken his heart and to choose to live again.
At the close of The Last Train, we are left with the inevitability of accepting life’s darkest and harshest trials in order for us to move into the light of life’s new beginnings.

Jennifer L. Reviewed in the United States on November 21, 2020
5.0 out of 5 stars
Great acting
Great acting!! Ms Danielle is amazing.
One person found this helpful

dean lykkenReviewed in the United States on November 21, 2020
5.0 out of 5 stars
Talented actors
Love these actors. Strong acting!
One person found this helpful
See all reviews
Back to top
Get to Know Us
Make Money with Us
Amazon Payment Products
Let Us Help You
EnglishChoose a language for shopping. United StatesChoose a country/region for shopping.
© 1996-2022, Amazon.com, Inc. or its affiliates