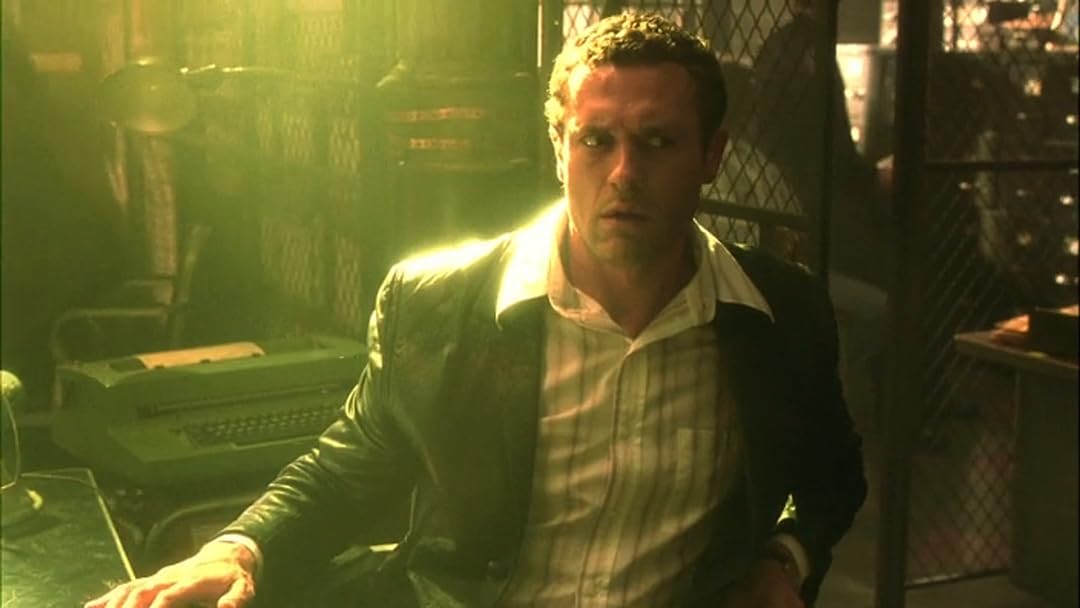 Jane EyreReviewed in the United States on September 13, 2021
5.0 out of 5 stars
Life on Mars Season 1
Verified purchase
Wow. Having grown up with the music of the 1970s, the soundtrack is good. Premise a little strange, a policeman of 2000s with a head trauma wakes up in the 1970s, where policing is still more brute force than psychological. So it is funny to me, remembering the style, the manner of the men towards women, rank speech, but realistic to me. I did't realize the title was taken from David Bowie's work. I particularly liked the boss in the police station. Brusque, brutal, yet gentlemanly, and dedicated to his work. He is a good leader for the station, commanding loyalty. Errors are made, there are screw ups, but there are also victories. Complex as a fine wine. First you taste the sweet, then the flavors become more apparent. Looks like a thriller, but is cerebral. Why is the man in a coma there?
One person found this helpful

Jane M.Reviewed in the United States on April 11, 2019
1.0 out of 5 stars
Far inferior to the original British version of Life on Mars
Verified purchase
This review is based on watching the first two episodes of the American version after watching the entire two seasons of the British version. I got too annoyed to continue. Maybe the American version got better; can't speak to that.

1. The good writing of the British show was partially copied, but made worse in the process.

2. In spite of the presence of Harvey Keitel and Michael Imperioli in the American version, overall the American acting is much worse. Much of this problem may be due to casting and direction.

3. The protagonist, Sam Taylor, is tough, vulnerable, and convincing in the British version (played by John Simm with quite a lot of depth). In the American version, Sam is tough, breezy, and not quite seeming to take his predicament seriously.

4. The British actor, Liz White, inhabited the role of the other main character, Annie Cartwright. The American actress Gretchen Moll walks through the part. Maybe the American Sam is just too breezy.

4. Harvey Keitel is one of my favorite actors. Unfortunately, he was not as good a fit for the character of DCI Gene Hunt as the British actor (Philip Glenister) who played the same part. The British actor seemed more sinister and more complex. Part of this is due to physicality: the British DCI Hunt is described in the show as weighing 280 pounds, much larger than Sam Taylor. In the American version, Taylor is larger than Hunt, so Hunt does not convey the same physical menace. Keitel, as usual, conveys intelligence and wit; Glenister conveys a dangerous bully.

ImagagaReviewed in the United States on January 5, 2021
5.0 out of 5 stars
Great nostalgia if you lived in the 70’s
Verified purchase
I love this show. I like the changes they made from the British version, which I also love! I especially love how they intertwined the music with the story. The cast is superb! Great entertainment
2 people found this helpful

Robert B EvansReviewed in the United States on August 12, 2021
4.0 out of 5 stars
Action
Verified purchase
It was a little weird but I can relate to that I enjoyed the movie and the series
One person found this helpful

Nap Dog MediaReviewed in the United States on August 8, 2020
5.0 out of 5 stars
Pleasant surpise
Verified purchase
I know that the UK version is better but I was pleasantly surprised to see this version. A fun spin on a classic show. I wish it had lasted a few seasons but I'm just glad that they were able to wrap up the show with a surprise ending for a series finale. Great cast.
One person found this helpful

isabella007Reviewed in the United States on October 30, 2013
4.0 out of 5 stars
Good...But The British Version Is Better
Verified purchase
Jason O'Mara is a great actor (he's fantastic as serial killer Bill Croelick on the closer), and he is quite good on Life On Mars. It took me a couple of episodes to really get into it, but it soon gains speed and it's definitely a fun ride. The supporting actors are really good, and they all have chemistry together that keeps the dialog believable and sharp. I really like it!
One person found this helpful

dimaReviewed in the United States on July 24, 2013
5.0 out of 5 stars
One of those great and amazing shows
Verified purchase
this show was genius, the script, the jokes, the drama, and the lessons. A show that i would be proud to show my kid when he is a teenager. Except one episode due to my beliefs, like any show these days they touch on political issues of the 70's and ponder the political advances and of the 2008. they did an amazing job. it's just heartbreaking to watch such a great show and find out it won't have a second season. but they did an amazing job with the season they had.
4 people found this helpful

Dave SReviewed in the United States on July 28, 2019
5.0 out of 5 stars
Wish they would reboot it
Verified purchase
Wonderful show watched it when it was first broadcasted . Disappointed when it was cancelled
See all reviews
Back to top
Get to Know Us
Make Money with Us
Amazon Payment Products
Let Us Help You
EnglishChoose a language for shopping. United StatesChoose a country/region for shopping.
© 1996-2022, Amazon.com, Inc. or its affiliates