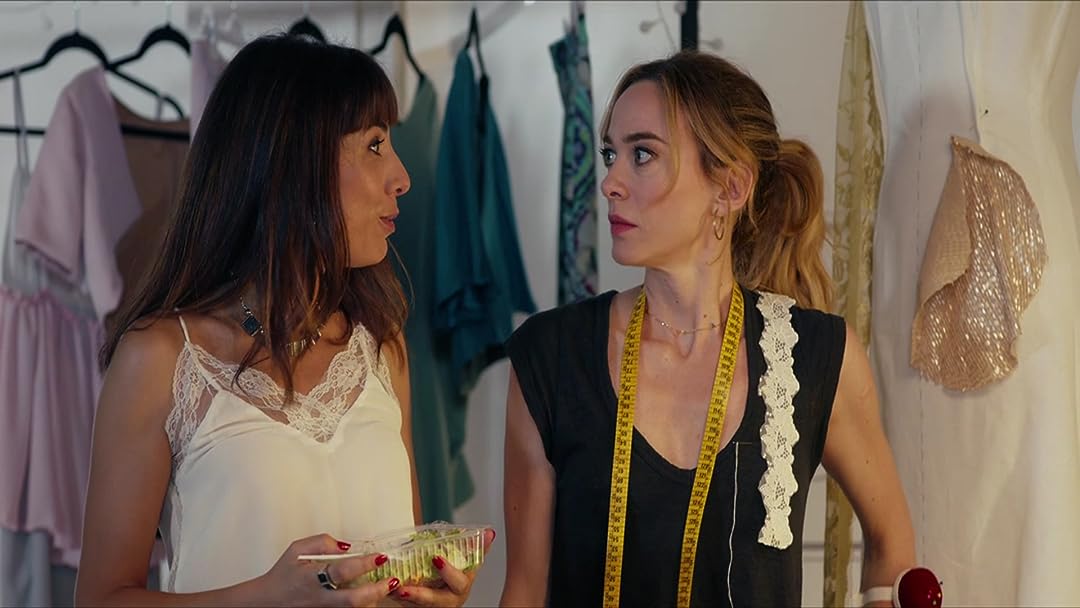 (86)7.42018X-Ray16+
MARTA and JAVI don´t know each other; and neither of them intends to complicate their life with anything, let alone anyone. They´ve never entertained the idea of being parents…until now. They both experience separately a strange phenomenon that will push them to look for each other unwittingly. To find each other (if they do) they´ll need a lot of LITTLE COINCIDENCES.

Amazon CustomerReviewed in the United States on February 26, 2019
5.0 out of 5 stars
Encantante
Verified purchase
¡Me mola este programa!

Globetrotting ConsultantReviewed in the United States on March 27, 2020
5.0 out of 5 stars
Hilarious Spanish Comedy
I actually laugh out loud - loudly - during every single episode of this show. It's truly hilarious. I used to live in Spain, and I can tell you that (sadly) most Spanish television is not this good. I actually went into this biased against it. But the writing and acting is just so spot on. Hilarious. I't's truly a great show, nationality aside. Bravo!

At first the characters will seem annoying (as they are kinda supposed to be). Just get through the first episode and you still start to love them. I really noticed how much chemistry there was between the 2 main characters, and then I learned that they are married in real life. Their genuine like & love of each other shines through, which is an added plus.

I am now on my 2nd run through. It's fantastic for those of us who want to brush up on our Spanish. That's why I started watching it. I stayed watching because it's so funny and charming. I especially love the actor who plays the father. He just has perfect comedic timing.

One thing to note is that Spaniards often yell at each other a lot more than we do in the States, or even in other Spanish speaking countries. That's just the way they are, so don't be too turned off by the sometimes harsh communication style. Asi es Espanya.

Another thing is that you have to suspend disbelief a bit (especially around the surely million-euro apartments and houses they all seem to live in, even though they are supposedly struggling financially). You really just have to take it for what it is - lighthearted entertainment.

BOB WATSONReviewed in the United States on December 25, 2018
5.0 out of 5 stars
Absolutely Wonderful, But Need Subtitles for US Viewers
Terrific comedy with Marta Hazas, one of my favorite Spanish actresses. Please do Season 2. Please put English subtitles for those of us viewing the program in the United States. So many more people would enjoy the program & would really love it if subtitles were provieded.
12 people found this helpful

Occassional nonfiction readerReviewed in the United States on January 7, 2021
3.0 out of 5 stars
Two Neurotic Characters with Cold Feet about. LTR
This series at times was fine and other times it's difficult to watch. The basis of this series written by the lead actor for his eventual romantic partner, who also is now his wife in real life, is that both characters are neurotic, selfish confused, and irritating. For romantic leads in their 40s this is not an endearing quality in a comedy. I found myself feeling sorry for the tilted at the altar boyfriend Mario who is everything the main character is not; romantic open, giving, and self-aware. If you really need a sarcastic, caustic series to watch then this will do. But it covers no new grounds in terms of romantic comedy. As a Spanish speaker I will say that the translation is probably about 90% accurate with the meanest comments of some of the characters actions rub down in the mistranslation.
One person found this helpful

Kindle CustomerReviewed in the United States on December 9, 2018
5.0 out of 5 stars
Need English translation.
When will this show be closed captioned in English.
8 people found this helpful

GMReviewed in the United States on November 8, 2020
5.0 out of 5 stars
A fun guilty pleasure
I liked the two main characters. They are believable in their jobs and lifestyles. He is a little too reluctant to seal the deal and does much worse things than she does. I wish she could really get him to open his eyes. Maybe that's what Season 3 is all about, but I won't know because it's not carried on Amazon Prime and I can't seem to locate it anywhere else. The supporting characters were clever and funny. The only thing I might have changed is that the brother would be with his children more. It would be interesting to have real children (not figments of the imagination) in the story line.

R. Max TottenReviewed in the United States on June 11, 2020
3.0 out of 5 stars
Watered Down Romance Comedy
It's a quaint, it's modern and rather pedestrian, especially having a few actors who have shown up in films that are better written. A little stagey at times but it's a pleasant trip back to Madrid, but the humor falls short of the worst that Pedro Almodovar or Alex De La Iglesias could provide an audience and certainly not the best that both of those directors have given.
One person found this helpful
See all reviews
Back to top
Get to Know Us
Make Money with Us
Amazon Payment Products
Let Us Help You
EnglishChoose a language for shopping. United StatesChoose a country/region for shopping.
© 1996-2021, Amazon.com, Inc. or its affiliates