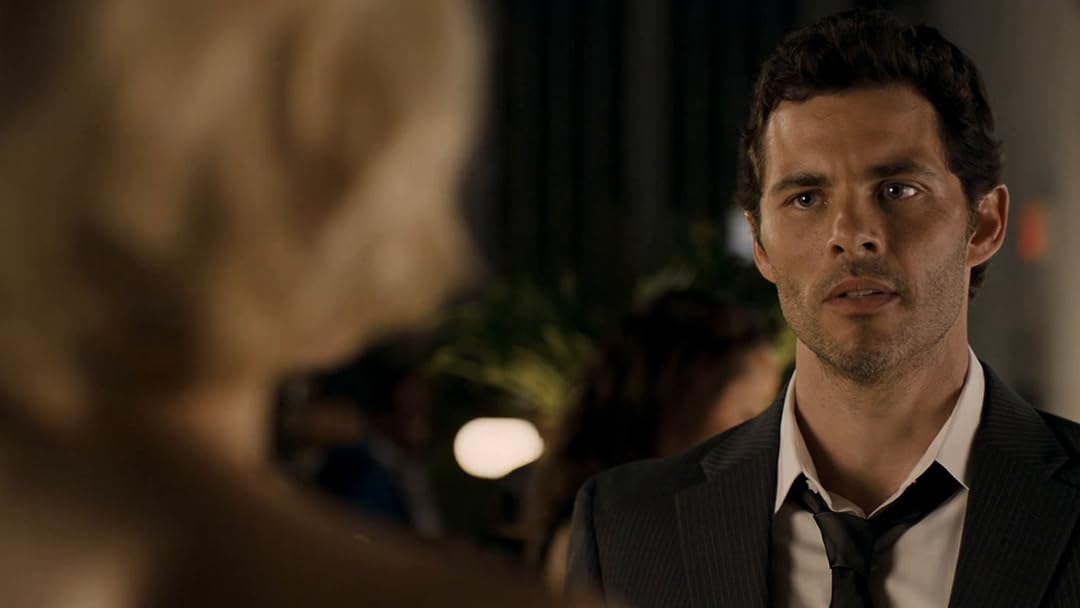 (1,288)
6.31 h 43 min2015X-RayR
Five friends share a secret penthouse to conduct affairs, but when a woman is murdered, accusations begin and loyalties are questioned.

Kindle CustomerReviewed in the United States on August 30, 2015
5.0 out of 5 stars
Excellent flick with an intricately woven plot!
Verified purchase
The basic premise is The Loft is this: Five dudes all share ownership of a loft apartment so they have a discreet place to go to bang chicks who are not their wives. The movie opens with one of them showing up to find a dead and bloody chick handcuffed to the headboard and no sign of forced entry.

To set the stage a bit, when watching this movie, I was all by my onesie in my bedroom. There are some plot twists in this movie that had me yelling “NO BLEEPING WAY!!!” at my television. Yes, me, a grown adult, yelling at my TV. I’m a writer. I look for oncoming plot twists whether I am reading a book or watching a movie. I can usually spot it coming a mile off, and when a twist floors me the way two in particular did, I am beyond impressed.

The only thing that I could see being an issue with some viewers of this movie is there is a lot of time jumping – present, then past, then further in the past, then present, and so on and so on. It wasn’t an issue for me, but I could see it confusing some people. Trust me, just stick with it. It’s so worth it.

Now my favorite part. Karl Urban gets naked. That’s right. You read that right. He gets starkers. You only see his booty, but the little strip show is worth it anyway. *faints and falls face-first on the floor* Two thumbs up and bonus points for the mostly nude shot of my future ex-husband!!!

Ann AlbrechtReviewed in the United States on September 23, 2020
4.0 out of 5 stars
Adultery Doesn't Pay!
Verified purchase
The story plot goes as follows...Five married men share loft for the purpose of seducing and bedding local beauties. Things go horribly wrong when one man finds a dead woman handcuffed to the bed. Panic ensues. As each man cheated upon their respective wives, each learn that they have also been cheated upon. To tell more would give away the plot.

The English version of this movie is a remake of the original Dutch (Flanders) version and I found the acting weaker than the Dutch version. The Dutch version has a stellar cast and with them, it gave the movie that added "umph" which took a okay movie to a really good movie. It is a shame the original does not come with English subtitles.
One person found this helpful

RMcDonaldReviewed in the United States on June 23, 2019
2.0 out of 5 stars
Just wanted it to wrap up!
Verified purchase
Too many poor twists and surprises and no likeable characters. I just wanted it to end.
5 people found this helpful

Classical BlueReviewed in the United States on June 29, 2019
5.0 out of 5 stars
Awesome Suspense
Verified purchase
Great cast of characters in one of the best suspense films I've seen in a long time. With more twists, turns and surprises than an amusement park ride, The Loft kept me on the edge of my seat throughout.

Don't even try to figure it out because just when you think you have, something even more alluring will be revealed. Just cling to the armrests and enjoy every minute!
3 people found this helpful

GWHReviewed in the United States on August 10, 2016
4.0 out of 5 stars
THE LOFT VERY ENTERTAINING!
Verified purchase
THE LOFT ~ hmmmmmm, where to start. This film is a remake from a German film of the same name - from what I understand. I have not seen the German film, so I can't compare it to that - and I can't say if one is better than the other, but what I can say is that I liked this film. It seems that it didn't get the best reviews, or at best - it got mixed reviews. I will say this though - this movie makes men, the male species, look very, very bad, especially men like them, with wealth and power. And as a man, I can say, we don't need the help. I will also say, the film seemed to be somewhat incohesive. As it goes along, and the plot unfolds, there's a point or two where it's not really clear what happened, or what's going on - and one does have to "think" about it - and "figure" it out. But other than that, I liked it. It was very entertaining - even though it makes my brothers in the Lord look like brothers on our way to hell.
5 people found this helpful

BeaReviewed in the United States on June 11, 2019
1.0 out of 5 stars
Boring and predictable
Verified purchase
Hard to understand the reviews saying it's a good mystery; so obvious, from even just the movie's premise. The plot is bare bones; none of the details make much sense.
4 people found this helpful

Buddy1492Reviewed in the United States on July 6, 2019
2.0 out of 5 stars
Too convoluted
Verified purchase
There are at least five guys, their wives, girlfriends, assorted family members, and some in-laws that are hard to keep track of. The plot twists, turns, keeps coming up with too many surprises, mixes in confusing flashbacks and finally is just too hard to follow. It's not worth the effort I had to put in to watch this.
One person found this helpful

💗Reviewed in the United States on April 25, 2021
5.0 out of 5 stars
Great movie
Verified purchase
Leave someone before you cheat on them
- but karma ships no one. It all backfired. Love it

Great entertaining movie. The people you’ve known for years - do you really know them ? Pay attention. Energy never lies
See all reviews
Back to top
Get to Know Us
Make Money with Us
Amazon Payment Products
Let Us Help You
EnglishChoose a language for shopping. United StatesChoose a country/region for shopping.
© 1996-2021, Amazon.com, Inc. or its affiliates