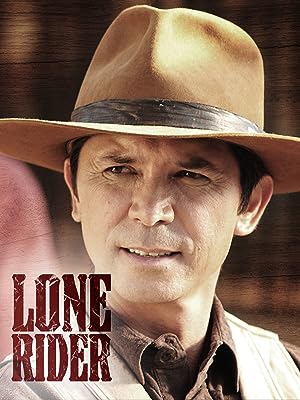 (133)
5.21 h 22 min2008PG
An honored soldier returns home after the Civil War attempting to pick up his life where he left off, only to find that his oldest friend is his newest enemy. Stars Lou Diamond Phillips, Vincent Spano and Timothy Bottoms.

Kate476Reviewed in the United States on July 22, 2018
1.0 out of 5 stars
Geriatric Western
Verified purchase
It was like watching a train wreck.
Lou diamond Phillips plays the returning young hero. Except he looks to be in his mid 40's. To old to be returning to work in dad's mortgaged mercantile after the civil war. In fact he should have played the father part.
Marta Dubois plays his Mexican mother. There must have been shortage of Mexican actresses when they filmed this because she isn't Mexican nor does she look it. Plus Marta is only about 8 years older then Phillips and actually looks younger then him. Dumb.
Then we have Lou's new girfriend Angela Alvarado who is Lou's mid 40's age. She looks more like she would be his mother.
There is no chemistry between any of the characters in the movie. Even the seasoned actors were acting like cardboard characters. Maybe they're embarassed by the god awful script. Whatever. It was a total lemon

Plank SpankerReviewed in the United States on September 27, 2012
3.0 out of 5 stars
Western Fans Please Read....
Verified purchase
This is a made for television western that is on par with many.....70's or 80's style television westerns. While not deplorable, it is far from what I was looking for, or expected given the high reviews here. There are some good performances. And some not so good. The story-line is interesting but not overly so. It does get better as the movie progresses.

Lou diamond Phillips does a good job in his role as Bobby Hattaway, decorated calvaryman. He retires and returns home to find his childhood friend Stu (Vincent Spano good performance) has turned into the classic greedy, corrupt, and power hungry monster without any conscience that is so common for this genre. As this becomes more evident throughout the film, conflict between the two escalates culminating in the showdown that is always necessary. Tom Schanley's character Mike Butler, an army bud of Bobby's, adds some needed color and turns in a very good performance, though small as it is. Timothy Bottoms as the sheriff gives a good performance as well.

Anyway, to me, this was not as good as is implied here, but better than the more critical reviews. It's worth watching and owning, cheap, say $5 including shipping and should be rated about 3.5 stars. If you ignore the high praises sung here, and do not expect a stellar western, and view it from that perspective, you will most likely enjoy this and watch it very infrequently as a change of pace. Thanks!
10 people found this helpful

brewskyReviewed in the United States on February 28, 2015
1.0 out of 5 stars
Not a squeaky clean western!!!
Verified purchase
For people like us who love a good squeaky clean western (see "Shane") THIS IS NOT FOR YOU!!! Bad language, sexual assault on women etc wound this movie up in our garbage after a short preview! Very disappointed after reading other reviews! Thot I better put an honest review on for people that are likeminded... That actually care about what you put into your minds thru the eye gate!!
10 people found this helpful

Becki MerrittReviewed in the United States on February 19, 2015
4.0 out of 5 stars
Lone Rider - Lou Diamond Phillips
Verified purchase
Lou Diamond Phillips is a new addition to my movie collection. I've watched his movies on TV for years and when my daughter mentioned liking him too, I decided to add his movies to my collection of countless actors and actresses. Welcome aboard Lou. Lone Rider arrived in a timely manner and in new condition.

Loftev1Reviewed in the United States on August 29, 2015
2.0 out of 5 stars
THE LONE RIDER
Verified purchase
I WAS VERY DISAPPOINTED IN THIS LOU DIAMOND FILM. FELT THAT IT WAS VERY SLOW AND THE ACTING BY EVERYONE IN THE FILM WAS DISAPPOINTING INCLUDING STACEY KEACH AND DIAMOND. I USUALLY ENJOY DIAMONDS FILMS, I ESPECIALLY LIKE HIS PORTRAYAL IN LONGMIRE. SO THIS WAS A VERY DISAPPOINTING FILM FOR ME.
One person found this helpful

tontosdust2Reviewed in the United States on March 2, 2021
5.0 out of 5 stars
Lou Diamond Phillips-- great one
Verified purchase
this is an excellent movie
See all reviews
Back to top
Get to Know Us
Make Money with Us
Amazon Payment Products
Let Us Help You
EnglishChoose a language for shopping. United StatesChoose a country/region for shopping.
© 1996-2022, Amazon.com, Inc. or its affiliates