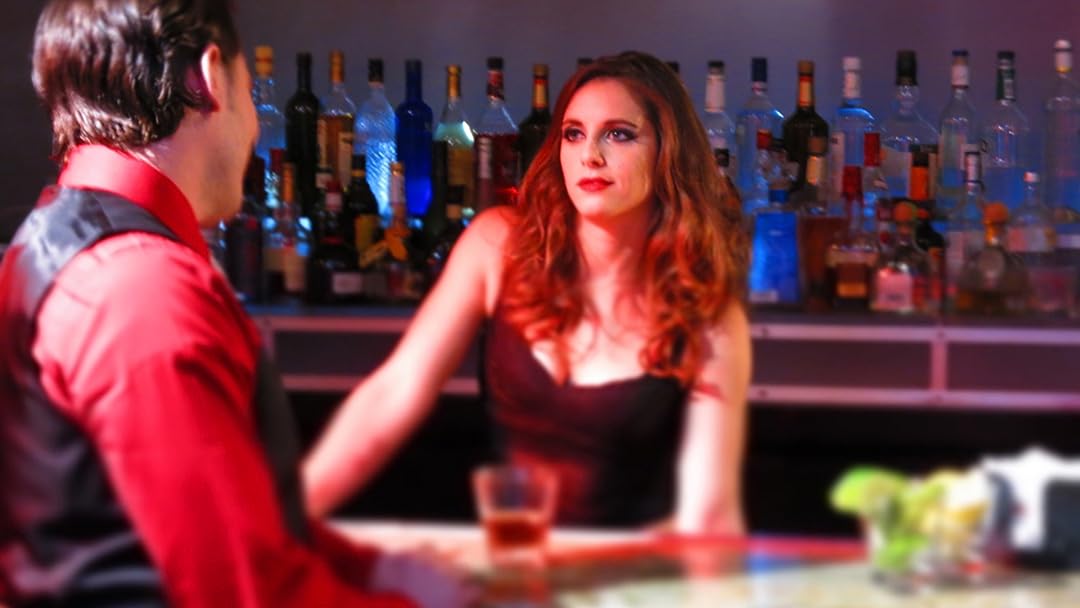 Movie GuyReviewed in the United States on May 14, 2019
5.0 out of 5 stars
"5" Stars for sure
Verified purchase
What a good movie! I rarely watch movies like this but my wife wanted to. So being a fairly smart guy, I said okay. My wife knew what she was doing. This movie is so good. The acting and story did it for me. The actors were so good. Great job in casting. I thought Ed Asner was terrific! He had a lot of good moments and I loved a lot of his character's sage advice. What worked for me in this film is that the lead actors came from a point of truthfulness. I very much enjoyed the performances of both Amanda Markowitz and Bradley Fowler. There was such great chemistry between these two! I surely recommend this movie! You'll enjoy!!
4 people found this helpful

~ XLNTMOMMY ~Reviewed in the United States on February 23, 2018
5.0 out of 5 stars
Joyful, sweet, witty, clever .. Touched me !
Verified purchase
hope you watch this movie before you read the reviews .. because if you are expecting a higher-end, multi-million dollar budget movie, then sorry .. this one ain't it ! but this movie IS sweet, and unsuspectingly clever, it has highly touching moments and a different approach to how they build the characters .. I gav it 5 stars to build up the rating because I can't giv it 4 1/2 .. and this is one of those I don't want to go lower .. so 5 ! it is . I will say it has a bit of a sappy, whydidyouleavemetherelikethat ending .. but the substance and dialogue contained within made up for it ... nice job . (and thank you) I loved it as it touched me ! I laughed, teared up, and cynic'd my way through this, and it was a Joy .
3 people found this helpful

LightHearted1Reviewed in the United States on February 9, 2018
4.0 out of 5 stars
Hope meet love and movie makers hoping to make a good film
Verified purchase
I found the storytelling at first a bit disjointed at first and had a hard time following who was whom. Some of the comedy fell a little flat for me, too. But it was all about heart, and some bit about hearts closing, tragedy and hope amid it all telling stories. I found it wound up fairly brilliant despite the rough start. It was a bit hokey, family oriented, and love stories abound, good to see Ed Asner always. His presence holds it all together. If this was another rating about how good the film was, I'd've given it a solid 3*, but since Amazon doesn't rate that way, I did end up liking it, so four stars it is. It's an indy film and a work of love on the part of the main actor who wrote the story and produced it, too. A bit amateurish, but some will find it entertaining and fun in some ways, moving in others.
One person found this helpful

Jennifer ScottReviewed in the United States on May 18, 2018
5.0 out of 5 stars
So I'm not easily impressed but I have to admit that as an ...
Verified purchase
So I'm not easily impressed but I have to admit that as an independent film, this cast and crew really came together. The vision alone, I could only imagine was hard but yet achieved because every actor was true to their performance. You can tell this film was made from a labor of love. In independent filmmaking, it is hard to get a message across at times, but this team achieved this. They used their resources to showcase what they are capable of. The writing is very unique and original which is so needed and seems to be a challenge these days because the audience craves non-originality. But these filmmakers changed the mold and took the gamble which paid off. A true achievement filming on HD yet gave the look and feel of film. I have seen most of Bennies work (the director) and though he has his own niche from previous work, he went out of his bounds to showcase what other talents he has. All around Nice Job and I hope others check this out.

KirtReviewed in the United States on October 29, 2019
5.0 out of 5 stars
A sweet and meaningful story
Verified purchase
Well acted. The script was well written and very well thought out and meaningful. In fact, the message would be very well listened to and adopted in our modern relationships. The world needs love...the world needs models of love and hope, and one can find that in real life with trust.
The director did an excellent job with the actors and the script. The direction added a great deal to the movie but was so subtle that one didn't notice the thoughtfulness behind it.
The movie has a lot of heart. If you need some hope, a renewal of hope, then this movie won't disappoint.

gratefulReviewed in the United States on May 31, 2019
1.0 out of 5 stars
Not a all what I expected from reviews
Verified purchase
Was very disappointed. Had to stop it and not watch it as it was not at all what I expected. Many overtones that were not in keeping with what I would consider romantic comedy. Many "alternative" sexual overtones. If you are okay with that, then watch, if not then move on to another show.
One person found this helpful

Christina KeithReviewed in the United States on November 12, 2016
5.0 out of 5 stars
Own. This. Movie.
Verified purchase
Do you ever get that tragic feeling when you realize it's been AGES since you've seen a truly good movie that fully captured you and moved you ... even changed you? This is the film to sate that emptiness. If you're in the mood for an easy comedy that'll make you laugh and offer a nice night in to pair with your merlot - actually, this can work for that. But if you're looking for cinematic glory, the kind of movie that you'll watch over and over and catch a different nuance, a different brilliant detail each time - YES, this is it. It's got everything: twists and surprises, magic & whimsy, laughs, romance, tissue-soaker moments, dialogue any great writer WISHES he/she could write, and acting that'll take your breath way.
2 people found this helpful

LeeliReviewed in the United States on June 23, 2019
1.0 out of 5 stars
really bad acting
Verified purchase
The plot of the movie was okay but the acting was so terrible that it was very hard to follow
One person found this helpful
See all reviews
Back to top
Get to Know Us
Make Money with Us
Amazon Payment Products
Let Us Help You
EnglishChoose a language for shopping. United StatesChoose a country/region for shopping.
© 1996-2022, Amazon.com, Inc. or its affiliates