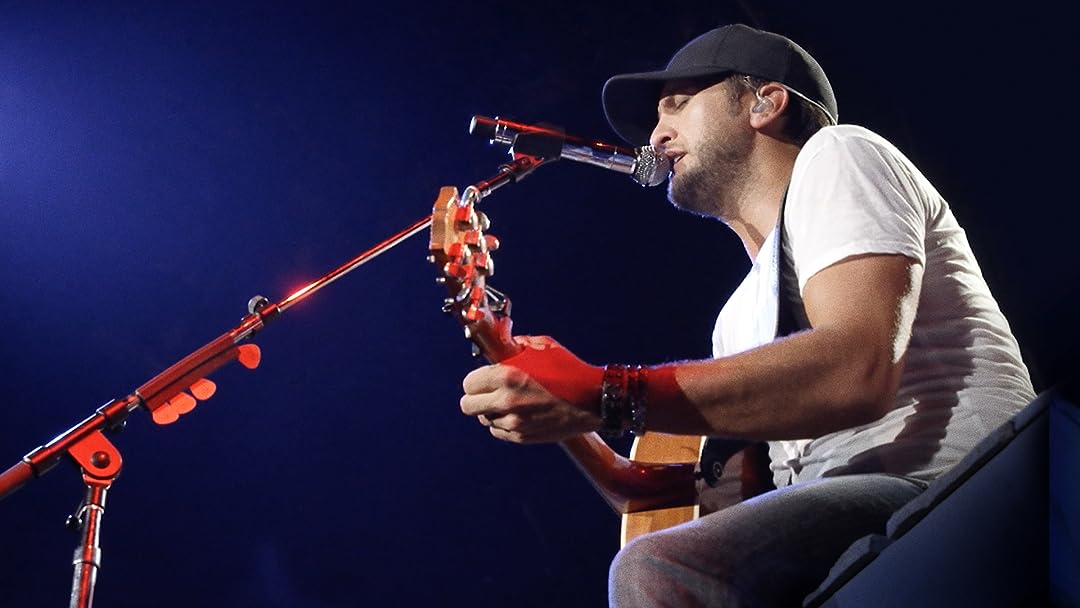 Season 1
(118)9.7202113+
This five-part docuseries follows five-time Entertainer of the Year Luke Bryan as he experiences the ups, downs, triumphs, and tragedies along the road to unprecedented success. Through original home videos, interviews, and incredibly personal footage, viewers will get a backstage pass experience into the life of the country music superstar.

BrainCrampReviewed in the United States on August 8, 2021
5.0 out of 5 stars
This was surprisingly much more than I expected.
I would not call myself a big fan of country music. I had no idea of who Luke Bryan is up until about 1 or 2 years ago. But since I like watching documentaries, I decided to at least watch the first episode so I could determine if the remaining episodes would be worth my time. Well, after finishing the first episode, I was hooked, then continued watching and being amazed to the very end. I watched this documentary for the story. What a story it is! The way in which Luke and his family handled the struggles, successes, disappointments — and sadly — the tragedies, and then more successes, in their lives left me in awe of their strength, commitment, and faith.

Now, if you ARE a country music fan, then a bonus treat awaits for you! Give it a go. You'll be glad you did.
6 people found this helpful

HobopoetReviewed in the United States on August 11, 2021
1.0 out of 5 stars
"DON"T PAY ATTENTION TO THE FEW NEGATIVE REVIEWS" In other words, don't read this.
"Don't pay attention to the few negative reviews" That was the advice from a recent 5 star reviewer. What are you afraid of? The 5 star reviews are running about 20 to one ahead in your favor and pulling away. Are you worried that a couple of people that dare to disagree with your opinion might shake your faith in the product. And yes, Luke is a product. This review is however purely about the merits of the video, not Luke Bryan. If you've read this far, let's take a look.
A hugely successful country singer with musical talent somewhere south of Garth Brooks, already making millions of dollars shaking his 45 year old middle aged rump in tight fittin' embroidered jeans while belting out touching, sensitive lyrics like "Sittin' here waitin' on a deer, drinkin' beer and wastin' bullets Aimin' at the empties, missin' hittin' pine trees" (Note to me. NEVER GO HUNTING IN GEORGIA) somehow feels the need to make a self promoting video series literally stuffed with personal endorsements from employees and relatives interspersed with old video footage that doesn't add much. Begs the question, what was the motivation to do this? Mid life crisis? A personal plea to try to get more respect/love from reluctant old school country fans? Doubt it. Don't think Luke loses much sleep over those people not loving him enough as he already fills stadiums with his own people. Or is it just the next page out of the Luke Bryan Franchise Business plan handbook ? Given the superbly executed business plan we've seen so far, my money leans that way. Anyway, motivation doesn't really matter much as long as the results are good. Right? But the results here just aren't that good. A good documentary should lay out the facts without bias in a logical manner and let the audience come along to it's own conclusions. Bryan's loyal fans already have decided what those conclusions are before watching this. But I guess that is the point. He really knows how to read the room and that is the secret of his success. This video doesn't have to be much good to be a predictable success. I think the reactions of his fans to this video are best summed up in the words and breathless delivery of the famous "Teutonic Titwillow" in Blazing Saddles , in her thick Bavarian accent with that charming little speech impediment.
"OH, WHAT A NICE GUY".
But for me, with no offense intended for the opinion of the vast Teutonic Titwillow school of thought, I found this documentary to be manipulative, blatantly pandering, with a ham fisted agenda, so the one star rating. And I always find it interesting to read all the reviews. Especially the ones I disagree with.
2 people found this helpful

THudReviewed in the United States on August 7, 2021
5.0 out of 5 stars
Good 'ol boy!
I love watching documentaries of good, kind, hard working, loyal people!! Luke is the kind of man that everyone wants to be around. You can tell he's a good egg even if you don't know him or "run in his circle". And, of course, his music is frickin' AWESOME...& always puts me in a good mood! Congrats on your success, Luke!! You've clearly earned every bit of it! I'm happy for you, your wife & all of your family!
3 people found this helpful

Karen H.Reviewed in the United States on August 10, 2021
5.0 out of 5 stars
I want to be part of the Bryan Family
I started watching the Dirt Road Diary Season 1 today and I finished with the fifth episode. I laughed and I cried, Luke & Caroline have built an amazing family. I am so proud of the entertainer that Luke has become, he could have just went home after he lost Kelly and her husband but he stepped up and has adopted their children and has built an amazing family and it all plays out in this diary. I love Cole Swindell too!
2 people found this helpful

Robin RobinsonReviewed in the United States on August 6, 2021
5.0 out of 5 stars
I'm amazed & in awe. Such an awesome documentary. Will not disappoint!!!
I didn't think it would be possible for me to like Luke Bryan more than I already liked him, but after watching this, I truly do! I laughed, smiled, cried, sang along, and my heart was truly touched. Wow! If you think you already know everything there is to know about Luke Bryan, kind of like I thought I did...well, you don't. This is deep, people. 5 stars! I just hope there's a season 2!
2 people found this helpful

Keyser SozeReviewed in the United States on August 9, 2021
5.0 out of 5 stars
A wonderfully produced series with a heartfelt inside view of Luke's life and rise to fame.
I am a huge fan of productions that give an inside look at a performers life. This one was not only well made and entertaining, it was clearly from the heart of Luke and his family. I have loved his music and saw him in concert but this gave me another level of appreciation for his upbringing, his family and faith.
If you take away one thing after watching this, resilience and the love of family is so much more than fame.
Well done!
2 people found this helpful

Jolene CacciatoriReviewed in the United States on August 7, 2021
5.0 out of 5 stars
So touching, and inspiring. Loved it!
I am a huge Luke Bryan fan. So many of his songs have touched my heart and taken me through many hardships in my life. Actually knowing now how he started off, his work ethics, moral, and principles in life had given me an even higher level of respect for him. Knowing where his songs were created, and what they are based off of just had me bawling my eyes out over and over. I mean sobbing! Geesh! All I can say is I just adore the Bryan family and his team. They're all such a positive, supportive, loving team. Family, and the friends who become family along the way are true blessings. The way they all honor, recognize, and uplift one another is truly beautiful. I prsy there family is blessed with much happiness, good health, and that they all have many more beautiful memories in this lifetime. God bless this family. ❤🙏

JFrostReviewed in the United States on August 11, 2021
5.0 out of 5 stars
heartfelt Inspiration
A truly from-the-heart, intimate glimpse of a mega fun-loving, mega-talented man making his way through life and the industry that he loves. The tragedies he has endured resonate with me as I'm sure they do with so many others. His larger than life persona and close relationships with those around him inspire him to keep dreaming and pursuing his passion for entertainment. He breathes new life into the saying, what doesn't kill you makes you stronger!

Luke brings a lot of joy and appreciation to each moment and his sincerity shines through. It was generous of him to let us into his life in this way. I will appreciate his music all the more after watching this. Thanks Luke to you and to all of your family and friends who have been along to participate in and witness your dreams coming true! Wishing you all the best!
See all reviews
Back to top
Get to Know Us
Make Money with Us
Amazon Payment Products
Let Us Help You
EnglishChoose a language for shopping. United StatesChoose a country/region for shopping.
© 1996-2021, Amazon.com, Inc. or its affiliates