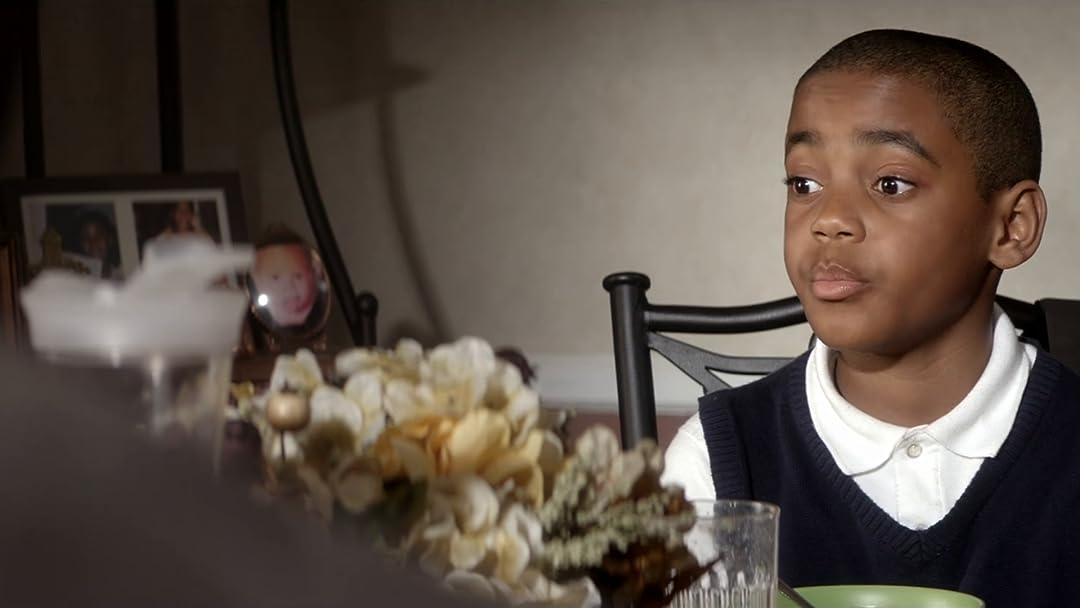 Included with ALLBLK on Amazon for $5.99/month after trial

Watch with ALLBLK
Start your 7-day free trial
Add to
Watchlist
By ordering or viewing, you agree to our Terms. Sold by Amazon.com Services LLC.
Write review

joel wingReviewed in the United States on July 15, 2020
4.0 out of 5 stars
Child actor Michael Rainey Jr carries the entire story
Verified purchase
Luv is about a day in the life of elementary school kid Woody Watson (Michael Rainey Jr). He lives with his grandmother (Lonetee McKee) and his uncle Vincent (Common). Vincent decides he’s going to take Woody with him for the day instead of going to school to teach him about life and being a man. He gets a lesson in far more than that.

Rainey really does a great job with his role. There’s one scene where he and Vincent go to see a drug dealer and Woody does all the talking. He’s talking like a grown man even though he’s in elementary school. There’s another scene at the end where Rainey really delivers an emotional performance as well. In the end he carries the entire movie. Quite an accomplishment for such a young actor.
C

PenniReviewed in the United States on October 24, 2021
3.0 out of 5 stars
Its okay
Verified purchase
This plot line is just a mess. What grown ass man takes his 10 yr old (?) Nephew out of school to do a bunch of drug runs which the child almost ends up getting killed in 2 separate situations. What grown man puts the financial burdens of losing their home on a child as well as lashing out at said child for not shooting someone then telling that child that no one care about him but the uncle....ummm WTF is going on. What grown man takes his underage Nephew to stalk his ex girlfriend and then beat up her new obviously stable man. The good parts is this movie is well directed and everyone's acting is good which isn't saying much because hardly anyone in this movie is a novice

Taffene D. HollingsworthReviewed in the United States on February 16, 2021
5.0 out of 5 stars
Good Movie
Verified purchase
I liked this movie. It was a different character for Dennis Haysbert playing a kind of bad guy.

Joyce FlorenceReviewed in the United States on July 13, 2013
5.0 out of 5 stars
Family is everything!!!
Verified purchase
Great Movie. Many missed it but I think anyone that watches it will think of their own families and how they may not be perfect but they are all you have. Love Is All!! No matter what you did in your past you can strive for a better future when you know better. You want to do better. Common will blow you away as he is not only gorgeous but depicts a character so believable and confident you have no doubt he is the man.

Lydell NixReviewed in the United States on March 10, 2014
5.0 out of 5 stars
I LOVED , LUV!
Verified purchase
I highly recommend this film to anyone who has not seen this underrated gem!
This movie centers around a day with a young man and his Uncle Vincent, hence the title of the film abbreviation (Learning Uncle Vincent).

I'm not familiar with the young breakout star of the film , Michael Rainey Jr., however, he is PHENOMENAL!
I'm hoping to see more of him as well the dramatic performances by Common, Danny Glover and Dennis Haysbert.

Kindle CustomerReviewed in the United States on May 29, 2013
3.0 out of 5 stars
Review
Verified purchase
I love those persons who acted in the movie. I have seen them in other movies.
I just did not like the plot of the movie. The movie moved along very well. It does all of the development that one expects a movie should do: Introduction, situations, development of situations, conclusion with resolutions to the situations presented. I think that this was a terrible ordeal to put a child through. No child should have to experience the kinds of dramatic situations during his impressionable year.
2 people found this helpful

M ThompsonReviewed in the United States on November 10, 2020
4.0 out of 5 stars
Good flick
Verified purchase
Good movie, I caught part of it in cable but it was only showing once so scored the DVD

Bernard StokesReviewed in the United States on March 25, 2014
5.0 out of 5 stars
This should have been nominated for an Academy Award
Verified purchase
I loved this movie. I am just surprised that this was not in most theaters across the country. It was filmed in Baltimore, Maryland and it seems that this was the only place to preview and put in theaters here. I could be wrong, but I think that the actors in this movie are both top notch and rave excellent review. Great movie.
See all reviews
Back to top
Get to Know Us
Make Money with Us
Amazon Payment Products
Let Us Help You
EnglishChoose a language for shopping. United StatesChoose a country/region for shopping.
© 1996-2022, Amazon.com, Inc. or its affiliates