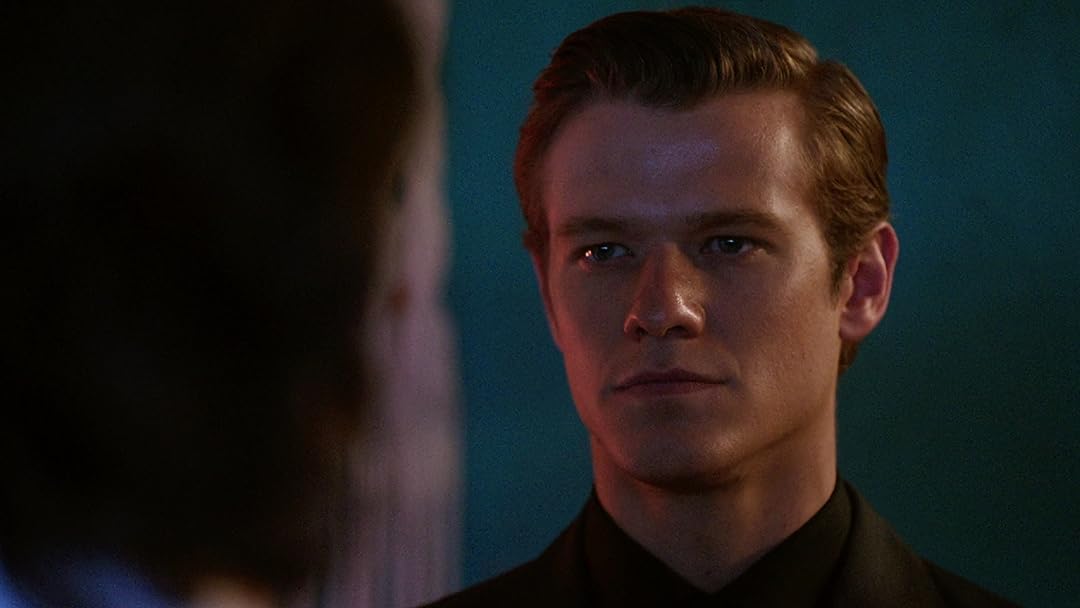 (242)
2020X-RayTV-PG
The fourth season of MACGYVER premieres 18 months after the Phoenix Foundation was disbanded and our heroes were stripped of their high-level clearances.

Amazon CustomerReviewed in the United States on April 8, 2020
1.0 out of 5 stars
Relationships RUIN shows/storylines!
Verified purchase
This is one of my favorite shows but so far I've not been happy with some of the storylines. Putting Mac and Desi together was absolutely RIDICULOUS! The beginning episodes they actually acted like an awkward broken up couple which is what they were supposed to do but it was uncomfortable watching it. Riley's boyfriend is the equivalent of a wet mop. He is absolutely awful and I miss Billy. Why can guys and girls not be friends in TV shows? Why do you always have to put someone together? Most of the time it ends up ruining the show. I haven't even wanted to watch the double date episode yet. So many shows have to go and add these relationships which most of the time doesn't help the storyline it hurts it. I don't know why there has to be such a focus on a relationship. The first three seasons we're great. They were friends, they had their Hangouts at Mac's after and that was enough to me... the storylines are the reason as of today I can only do three stars. I'm hoping the season gets better as it goes on...
Update, it got worse! I am very mad that I spent $30 on this season. To go and do this over a political hot-button of climate change?? I'm SHOCKED that this got five star reviews because this is nothing like the remake MacGyver of seasons 1 through 3... now making Riley follow Mac like a little lost puppy dog?! What happened to the strong woman you turned her into? That's how you screwed up the last season of Criminal Minds making best friends Reid and JJ confess they were in love with each other. NO MAC/RILEY or whatever the cute little name people that want them together are giving them!
5 people found this helpful

NByersReviewed in the United States on March 10, 2020
5.0 out of 5 stars
MacGyver is in FIRE!
Verified purchase
I love this show and the cast. I will be honest I miss Jack's character. I liked Jack more than I like Desi but that is a minor thing. I really hope this show is renewed for a 5th season but the networks rarely listen the fans but MacGyver cast I am rooting for you! I hope the original MacGyver will make a guest appearance so I can see two of my favorite male characters on the screen!
5 people found this helpful

debbiepriceReviewed in the United States on May 26, 2020
5.0 out of 5 stars
Great season 4 so happy that coming back season 5
Verified purchase
Hi love these, season 4 .so mad they cut it short but I understand why
One person found this helpful

E. TaylorReviewed in the United States on April 21, 2021
5.0 out of 5 stars
Subtitles don't display correctly.
Verified purchase
Yet, it's a very good show. Just have to sort of "ignore" the subtitle errors. Bothers me some...but doesn't interfere with the show and the logic of it.

RadovanReviewed in the United States on May 5, 2021
1.0 out of 5 stars
Who let drama majors into the writer's room?
Verified purchase
Bad dialog, audience torture, zero reason to care what happens. It's almost as bad as Game of Thrones or Walking Dead, which were also terrible.

BerrysReviewed in the United States on February 8, 2020
5.0 out of 5 stars
This is the only show I watch
Thank goodness it is back. I am satisfied with the new plot.
6 people found this helpful

B&S About MoviesReviewed in the United States on June 21, 2021
4.0 out of 5 stars
Season 4
It’s pretty amazing that the reboot of this venerable 80s show — which lasted seven seasons and only ended when star Richard Dean Anderson told TV Guide, “The only reason it went off the air was that everybody was ready to move on. I was physically exhausted and had no life.”

In the new series, Lucas Till plys Angus “Mac” MacGyver, an undercover government agent for the Phoenix Foundation, a covert agency that the rest of the world believes is a think tank. An Army EOD technician, Mac prefers to use non-lethal means to stop his enemies and excels, as always, at solving problems with unique scientific feats.

The new version of the show was created by Peter M. Lenkov — who created the comic RIPD that the movie is based on — and takes place inside the same universe as his other two shows, Magnum P.I. and Hawaii Five-O. Lenkov also wrote Demolition Man, Son In Law and the second and third Universal Soldier films. A sad thing to report is that he was removed from all of the CBS shows he created in 2020 because it was said that he fostered a “toxic work environment,” with Lucas Till telling Vanity Fair, “I’ve never worked this hard in my life, and I am fine with hard work. But the way Peter treats people is just unacceptable. I was suicidal that first year on the show, because of the way he made me feel. But the way he’s treated the people around me — that’s just my breaking point.”

But a positive thing is that the series is actually pretty fun to watch. I wish that it had been a better experience for the people making it. Horror fans will also enjoy seeing appearances in season 4 from some of their favorite actors like Keith David, Peter Weller, Joshua Leonard (The Blair Witch Project) and Tobin Bell. The Tenderloins (James Murray, Sal Vulcano, Joe Gatto, and Brian Quinn), who you may know from Impractical Jokers, also appear as waiters in one episode.

This season also finds the Phoenix Foundation being rebuilt as a privately funded entity to go up against CODEX, a secretive organization that is coordinating multiple catastrophes to get the attention of world leaders. They also possess something called File 47, which is about the end of the world. Any time the team gets close to the truth, the agent from that group always commits suicide rather than reveal their plan.

There’s even an episode with Mac loses his short-term memory and must undergo a dangerous treatment that sends his brain back in time, where he meets numerous people from his past and the past of CODEX, such as Thomas Alva Edison, Alexander Graham Bell, his mother, his evil self and even Nikolai Tesla, who helps him regain his memory and teaches him the secrets of Shiva, a superweapon he’s created.

Season 4 moves at a quick clip and it’s pretty cool that there’s an underlying story arc throughout the episodes.

How can I say it? I feel Led on
I even loved the goofy King Tut song
Sadly
Since you've been gone

I know I'll never hear them say
We going to bring him back to you!
They're just not bright that way

Since Jack is gone
I don't want to watch for he first time
So I'm moving on, bye guys
Due to execs, I won't get, the fun back

(done to Since You've Been Gone by the incomparable Kelly Clarkston, I had no permission to do this so Kelly, please please be kind and don't sue my lame tush if you ever hear of it. (The internet is crazy like that I'm told.)

Needless to say in my humble opinion as a fan of the first few Seasons, once Jack's character leaves the show it begins a downward spiral that I've finally given up on it recovering from. I mean, REALLY...did you do an accurate market study from real fans of the show regarding these changes before you made them? I somehow don't think that you did.
See all reviews
Back to top
Get to Know Us
Make Money with Us
Amazon Payment Products
Let Us Help You
EnglishChoose a language for shopping. United StatesChoose a country/region for shopping.
© 1996-2021, Amazon.com, Inc. or its affiliates