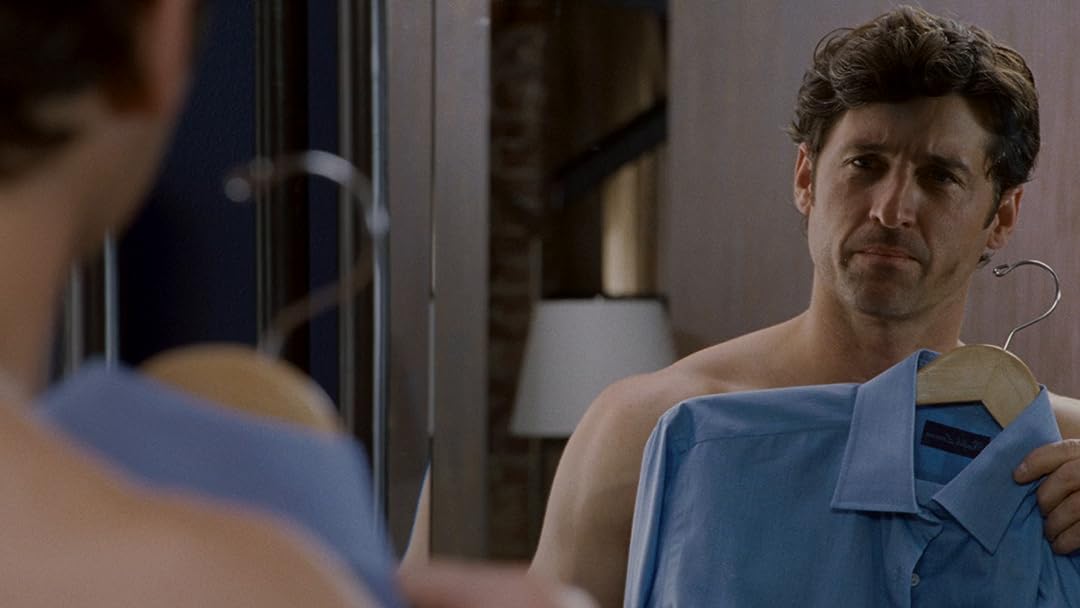 (2,923)5.91 h 41 min2008X-Ray16+
Tom loves his life, until he realizes he also loves his best friend Hannah. But when Hannah gets engaged to a dashing Scotsman and asks Tom to be her maid of honor, Tom faces hostile bridesmaids, bridal showers, and bad hair days, all in an effort to pull off the perfect wedding and steal the bride. He&apos's a maid of honor with a plan.

Octopus TagReviewed in the United States on August 18, 2021
1.0 out of 5 stars
***SPOILER***
Verified purchase
I wish I hadn't watched this movie. I wish I could erase it from my brain.

The plot, briefly, is Hannah is long-time buddies with this guy who sleeps around a lot, apparently picking up women on a daily basis. Apparently, too, all these women agree to his "rules" that it be physical only, and limited to no more than once every week or two weeks or whatever his rules are. Hannah and this guy have their weekly Sunday platonic get-togethers, where it's supposed to be clear that they're "made for each other," but which isn't very convincing. Of course, the fact that Hannah tolerates him in the first place is not convincing.

OK, I know, I should have stopped watching there. But, much to my everlasting regret, I did not. Now I cannot undo the damage.

Predictably, this state of affairs is disrupted when Hannah goes off to Scotland, that faraway, strange place of barbaric customs, and is swept off her feet by Colin, a Highland Earl. They have a whirlwind romance and then to further the plot line decide to get married immediately. The main guy, whose name I can't even remember, naturally realizes that he's in love with Hannah, and agrees to become her "maid of honor" so he can somehow break off the wedding.

Colin turns out to be a great guy in every way. The movie attempts to make him seem "not right" for Hannah because of his strange Scottish customs, but this plot device is even less convincing than the rest of the plot, if such a thing is possible.

Why did I keep watching this movie?

She should have married Colin.

Dr. PaulReviewed in the United States on November 27, 2020
4.0 out of 5 stars
A bit hoaky but sweet and nice date night film
Verified purchase
I’d seen Made of Honor awhile back and though it might make a nice “background movie” - I use movies at times for sound while I’m working. But my wife had never seen it. Amazon had a good deal on it streaming/for sale so I grabbed it. Watched last night...

My wife liked it. There is a serious hoakiness to it, but it’s a charming, sweet movie. We had a great date night watching it, but can be good for a rainy afternoon or background.

Patrick Dempsey is almost playing a grown up Ronald (Can’t Buy Me Love) with his hot shot, rich guy, sleep around attitude, but of course his charm beats it all and everyone loves him. Sydney Pollick is fun and charming, and great in the role of Dempsy’s father. He’s that rich guy who needs to stop falling in love with younger women, but he’s a nice counter to his son’s can’t-find-love ways. Michelle Monaghan and Kevin McKidd have nice chemistry and are both nice to watch, but of course, Dempsey has to end up with the girl... My wife loved watching the 2 Grey’s Anatomy alum up against each other.

Overall it’s not deep, you can pretty much guess where it’s going, and my wife called it a Three Men and a Little Lady rip-off, but we both still enjoy it. Happy to have added it to our collection.
4 people found this helpful

JReviewed in the United States on March 11, 2021
1.0 out of 5 stars
Terrible
Verified purchase
Was a ridiculous movie. Most of the women were annoying, ill-tempered and immature. The movie is so insanely predictable. No surprises. Cliche plot points done a million times by similar movies. There was a good 15-20 minutes in the beginning of the film and about a good 5-10 minutes towards the end. The rest is a total waste of time.
5 people found this helpful

neaReviewed in the United States on August 6, 2021
1.0 out of 5 stars
Trying to make this funny was their mistake
Verified purchase
The plot is thin, the entire things is predictable, but the fact that they tried to make this funny is what really did it in.....I watched a bit then fast forwarded right to the end, I wasn't interested in the fluff in the middle.
3 people found this helpful

AundreaReviewed in the United States on April 9, 2020
5.0 out of 5 stars
One of my favorite feel good romance movies!
Verified purchase
This is such a wonderful, uplifting romance. I've watched it probably 4 or 5 times over the years and still love it. Shhh, don't tell my husband I said this, but it's one of his favorite movies as well.

It has a unique plot, lovable characters, great scenery and a fun mix of humor and romance. I definitely recommend it if you haven't already seen it.
4 people found this helpful

T. ColemanReviewed in the United States on January 11, 2017
1.0 out of 5 stars
Same story, different decade
Verified purchase
Typical "guy meets girl they become best friends, guy ignores girl FOR YEARS even though she loves him, guy parades other girls in front of her, then girl meets NEW guy who acts like a REAL MAN, then best friend realizes value of girl after 10 YEARS, BFF tries to ruin girls happiness because she should accept his scraps after all this time, girl walks away from PERFECT GUY for BFF who's lived like a gigalo." #winning Beautiful scenery, beautiful actors, well-worn story line. Rubbish.
20 people found this helpful

JayBeeGeeReviewed in the United States on July 13, 2020
3.0 out of 5 stars
Simple but sweet
Verified purchase
I found the story line to be a bit predictable, but it has a good cast; it's humorous without being corny, and romantic without being overly sweet. And, just because someone thinks he/she knows what's going to happen in a movie, it doesn't have to ruin the show. There were little side stories to be shared, a quirky character or two here and there, and in this case, for part of the movie, I got to take in the beauty of Scotland as a backdrop. So, for a short while, i just sat back, forgot about all the bad things happening in the world today, and enjoyed the movie!
One person found this helpful

Jessica BokishReviewed in the United States on September 26, 2021
1.0 out of 5 stars
Funny but...
Verified purchase
I think this movie is funny,very well acted and the basic idea behind the plot is great but...
There's a lot of cussing, the main guy sleeps around with EVERYONE and pretty sure everyday, they're a lot of sexual jokes/innuendos, a few before and/or after sex scenes, but nothing more than kissing shown . It's definitely not for kids and as for adults, i think it's a disgusting way to live but to each his own and the more we "support" these shows the more they make them
See all reviews
Back to top
Get to Know Us
Make Money with Us
Amazon Payment Products
Let Us Help You
EnglishChoose a language for shopping. United StatesChoose a country/region for shopping.
© 1996-2021, Amazon.com, Inc. or its affiliates