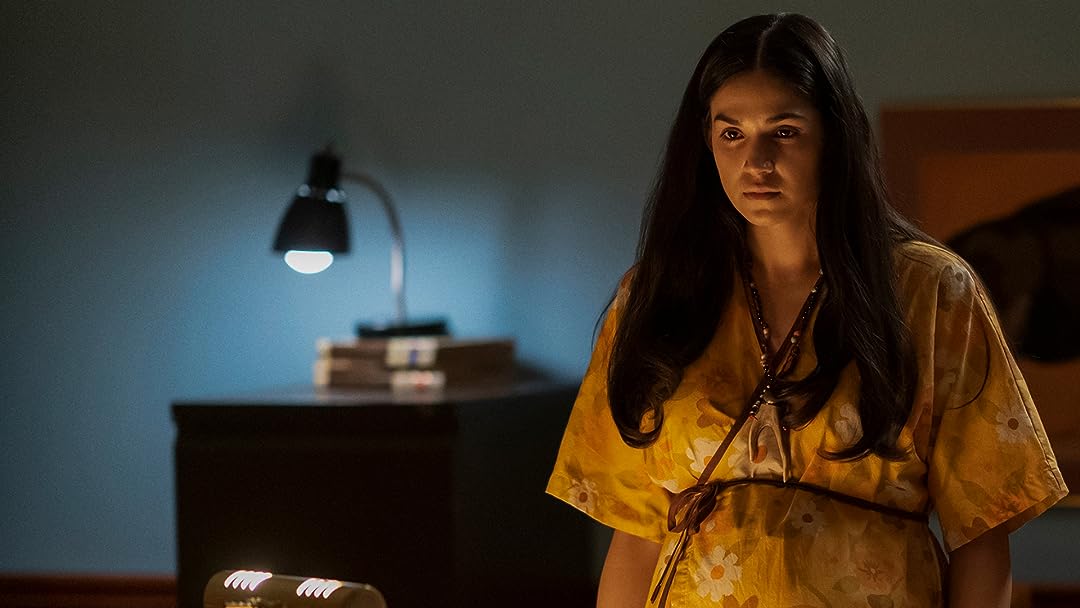 christineReviewed in the United States on October 9, 2021
5.0 out of 5 stars
Great film based on a horrible reality.
Verified purchase
I am so happy they made this film! This movie is highly relevant and reminds of something in my family hisotry. In the 1950's, after the birth of her second child, the nurse tried to push my Mexican grandmother to sign a document consenting to be sterilzied. My grandmother declined but the nurse kept pusshing, but my grandmother said, "No". What my grandma didn't know was that by law, no woman was to even be asked if she wanted to be sterilzied until she had given birh to at least 6 children. So the hospital was breaking the law. This occurred in Fresno, California.

This movie isn't just a film. It's a reality all Latinas must stay aware for generations to come. Great flm! Best money I've spent all year! I'll definitely recommend it to everyone I know.

Marisa MartinezReviewed in the United States on October 8, 2021
5.0 out of 5 stars
Absolutely relative to what happened in 2020
Verified purchase
Please watch.

If you feel like this doesn't happen in the US I assure you it does.

If you believe it happened a long time ago, and can't imagine it happening in the current time I assure it does and has.

This happened to many women at the Irwin detention center in Georgia just last year. You didn't hear much about it because it was drowned out by all the political controversy.

Dawn Wooten a beautiful black woman blew the whistle on the doctor who performed the forced sterilization.

Shame on them.
How dare them.

As a Chicana woman I am offended and uphauled by the actions of the doctors who neglected to correctly translate the oath they took.

Please don't allow their voices to silence, they matter every woman should have a choice.

lorraine blackReviewed in the United States on October 9, 2021
1.0 out of 5 stars
Movie can't make up it's mind.
Verified purchase
OK, just don't know what to call this. Anti pesticide environmental cause. Old fashion VooDo? Although acting was good, plot went everywhere. And in the end, what have we? Nut case politician? If you are sick of the politics of the day you sure don't want to watch this movie as entertainment. Entertainment it is not.
24 people found this helpful

linda galellaReviewed in the United States on October 8, 2021
4.0 out of 5 stars
More socially conscious than horror
Verified purchase
MADRES is an offering from the folks at Blumhouse. In this one, an young, Hispanic couple in the 1970’s purchases a fixer upper in California where he’s been offered a job to manage a farm. She’s pregnant with their first child and trying to get their house in order. It’s not easy…

The locals aren’t accepting; she doesn’t speak Spanish. His family isn’t supportive; he’s the first man to rise to manager status. The house appears to be haunted; or she’s suffering the effects of a curse, chemicals from the farm? Nightmares, horrible neighbors, something is definitely rotten in Golden Valley California.

While there are parts that resemble light horror and thriller movies, you’ll come away from Madres with more of a sense about racial and social caste systems and learn some stuff about agricultural chemicals. The movie is under developed as a whole but MADRES will give thinking people something to talk about, thanks to the news inserts at the closing of the film; 3.5 * rounded up🍿
15 people found this helpful

LuckyL1111Reviewed in the United States on October 10, 2021
5.0 out of 5 stars
Poisoning Farmworkers and their Families is Horror Brought to Life
Verified purchase
As I prepared to compile my review of "Madres" I caught a few of the reviews already included and those who are finding this to be "Left-wing propaganda spreading white hate" are the very reason awareness needs to spread. One of the most challenged books is The Color Purple, which is a near autobiography by Alice Walker. There is nothing supernatural unless it is Celie writing letters to God. These are both a record of true occurrences. And how the white-owned corporations are mostly modeled in Greed and gaslighting. The reason Celie from The Color Purple, and the thousands of migrant farmer's women, and children highlighted in Madres are subject to such abuse, is because of corporate White misogyny which explains away things like pregnant mammals miscarrying or giving birth to hideous bags of blood and bones. The women are targeted, separated from the herd, from her caring family, demonized, and blamed for the inability to carry to term. The fear of what greed can do abd how far it can go. If we cannot accept the truth and assist in healing generational wounds, we are no longer human beings. We are something monstrous and horrible.
13 people found this helpful

TrueheartReviewed in the United States on October 8, 2021
4.0 out of 5 stars
Interesting treatment for a medical scandal based in reality. Well done.
Verified purchase
Excellent story line. Well directed and filmed. Cast was very good. Kept me in suspense until the very end. But then....Rachel Maddow?
13 people found this helpful

TJ SquatchyReviewed in the United States on October 9, 2021
2.0 out of 5 stars
Nice Acting
Verified purchase
I liked all the characters. The actors and actresses did a good job. Those ladies have amazingly beautiful hair.

It was not the horror film I expected. It is another "white people are bad" movie. I don't condone what happened to those women at all. It was wrong then and it is wrong now. It is not a good idea to move to a country when you don't understand the language because it puts people in a position for others of ALL races and nationalities to take advance.

This is just another left wing brown and black people are victims propaganda movie.
9 people found this helpful
See all reviews
Back to top
Get to Know Us
Make Money with Us
Amazon Payment Products
Let Us Help You
EnglishChoose a language for shopping. United StatesChoose a country/region for shopping.
© 1996-2021, Amazon.com, Inc. or its affiliates