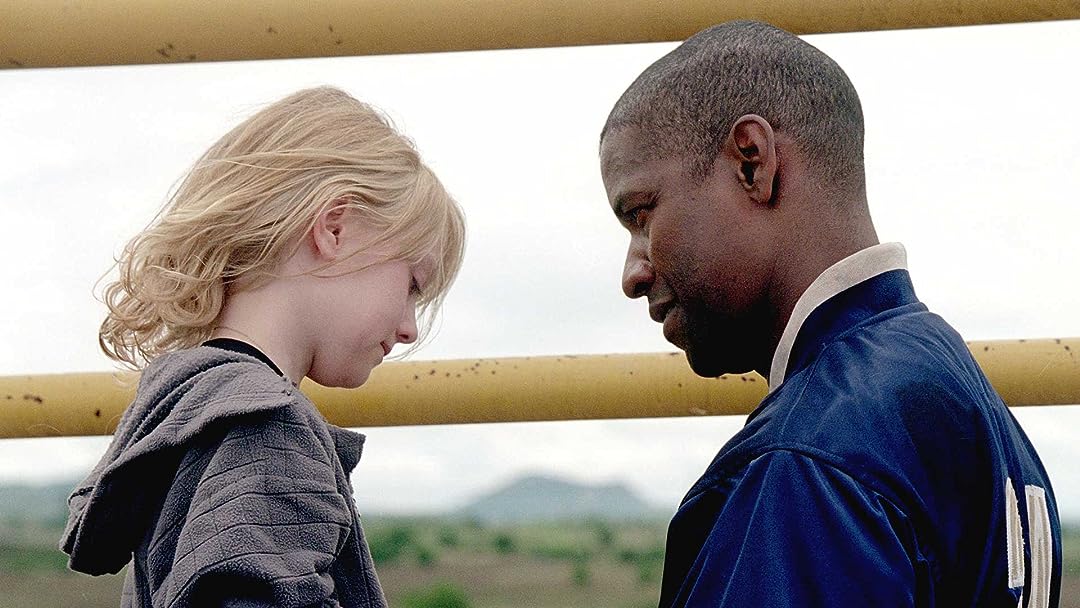 (13,368)
7.72 h 26 min2004X-Ray18+
In Mexico City, a former CIA operative swears vengeance on those who committed an unspeakable act against the family he was hired to protect.

BlueBirdReviewed in the United States on July 31, 2018
5.0 out of 5 stars
Amazon sabotaged the ending - not the original cut
Verified purchase
One of the greatest movies of all time (Tony Scott where are you) only to get a sabotaged, edited ending - very lame and dishonest on Amazon part. It's is bad enough that you gave us that lame ending - also edited, cut and sabotaged on Matchstick Men (from Tony's brother: Ridley Scott) now we've got this movie also cut and edited - hey Amazon we only want uncut, UNCUT - who are you to edit a Tony Scott movie anyway, not that you ever came anywhere close to what he ever did, and in memory of him, some respect for his work, please.
54 people found this helpful

joel wingReviewed in the United States on October 23, 2021
4.0 out of 5 stars
Makes you care about the characters before Denzel unleashes a tidal wave of violence
Verified purchase
Man On Fire is the rare action movie that actually builds a story before all the guns come out. It was helped by the fact that director Tony Scott had worked with Denzel Washington before. The story plays upon kidnappings for money in Mexico.

It starts off with Dakota Fanning bringing Denzel out of the darkness. It never goes into detail about what he went through but it was a life of killing that led him to the bottle. Through scenes like Fanning’s swimming competitions Denzel becomes a surrogate father for her as her real one Marc Anthony is never around. It’s the love of a child that transforms Denzel and brings back his humanity which he thought was gone forever.

The second half has Denzel going back into that world he tried to escape to get Fanning back from a gang of kidnappers. And boy does he do a job on those criminals. One time he sticks a bomb where the sun don’t shine in a crooked cop.

The movie has a great supporting cast. Christopher Walken is Denzel’s friend who gets him the job with Dakota’s family. A pre-plastic surgery Mickey Rourke is Anthony’s lawyer.

The ending is something to see.

I saw this in a theater when it came out and it has always been one my fav Denzel action flicks.

Suzanne C.Reviewed in the United States on May 7, 2021
5.0 out of 5 stars
A Mexican family’s daughter is kidnapped & a burnt out ex-CIA agent seeks vengeance.
Verified purchase
Great movie!
I think this is one of Denzel Washington’s finest roles (Oscar winner for ‘Best Leading Man in a Drama for 1989, ‘Glory’, he also won an Oscar for Best Leading Man in a Drama, 2001 film, ‘Training Day’)
‘Man On Fire’ is a 2004 action-thriller film based on the 1980 novel by A. J. Quinnell.
Yes. It is a true story.
In Mexico City, a former CIA operative swears vengeance on those who committed an unspeakable act against the family (Anthony and Pfeiffer who hired him to protect their daughter).
Hard drinking, burnt out ex CIA operative John Creasy (Washington) has given up on life until he's hired as a bodyguard to protect nine year old Pita Ramos.
This film is not for the faint of heart. There are very violent/gory/bloody scenes throughout the film.
I would not recommend this film to be viewed by anyone under 18 yrs old. Trust me. I say this for a reason.
Michelle Pfieffer gives a sterling performance as an American woman married to a Mexican man who is mixed up in things that he hides from his wife.
Her family means everything to her.
Mark Anthony (in his first Leading Role) gives an exemplary performance as Pfeiffer’s Mexican husband.
Dakota Fanning (in her first major role) plays the kidnapped daughter of Anthony and Pfeiffer.
Fanning gives an exceptional performance as their daughter.
Mr. Washington is such a great actor...the very finest of his time.
He’s great in any performance he gives. Whether it’s Tv (St. Elsewhere), Motion Picture Films (any film....
I don’t think you can go wrong, no matter what movie you pick), or a live performance, such as “The Iceman Cometh”(which I had the pleasure & honor to see him perform on Broadway, in the leading role, ‘Iceman Cometh’).
Such an exceptional performance he gave that day.
One you will never forget.
In the meantime, he has two Oscar winning performances, as well as several Oscar worthy performances he has so professionally, and graciously given that are available on DVD/DVD BluRay.
You can order them today on Amazon.
Enjoy!
5 people found this helpful

Daniel MatlockReviewed in the United States on February 13, 2017
5.0 out of 5 stars
Dakota shines, Denzel Rules!
Verified purchase
Revenge - properly - must be righteous. And it is never more so than in this perfectly cast and brilliant film from Director Tony Scott and writer Brian Helgeland. No one could be more worthy of rescue than 9 yr. old Dakota Fanning, and no one more capable of saving her than Denzel Washington. Denzel has proven himself a master of handling weaponry in a half dozen films at least, and nowhere does he do it with more ruthless efficiency than here. Chris Walken and Mickey Rourke are absolutely perfect in support. If action is your bag, take this one to the bank.
36 people found this helpful

CoreyZReviewed in the United States on April 1, 2017
5.0 out of 5 stars
Best movie I have seen in years.
Verified purchase
One of my top five movies, if I had to make a list. The writing, cinematography and just overall style is amazing. The performances put on by both Denzel Washington and Dakota Fanning are incredible, their time spent together on screen feels real. From the beginning scenes you can feel the tension, to the climax where you can really feel the love Creasy (Denzels character) has for Pita (Dakota). I understand that this is a remake of a film from the 70's/80's (unsure) however I have not seen the original so I have no comparison as far as accuracy of remake. Several key scenes throughout the film will keep you on edge, as Denzel tears his way through Mexico figuratively as a Man On Fire. If you are looking for an amazing revenge flick, then look no further. Dim the lights, pop the popcorn, grab the drinks and settle in for a non stop ride.
21 people found this helpful

bmanReviewed in the United States on July 4, 2021
5.0 out of 5 stars
if you have NOT seen this movie...
Verified purchase
....I question your intelligence. Mr. Washington at his very best, strong, damaged, vulnerable, world weary and you will be dammed if you piss him off.....they did. No namby pamby steven speilberg ending. good guys bad guys singing kum bi ya at the end., none of that crap. this is well written, well directed and well acted. and kudos whomever was responsible for bring in Rachel Ticotin, she has great movie history AND is still smoking hot and commands the screen when she is in front of it. brilliant casting! Chris walken is, as always chris walken. also brillant casting. now stop reading this and go watch this movie, like, RIGHT NOW!
2 people found this helpful

Thomas FaheyReviewed in the United States on April 21, 2018
5.0 out of 5 stars
Denzel at his best: great pace with an excellent cast
Verified purchase
This is a terrific movie. The title is appropriate, but the director never explained its meaning. The Man of Fire is a fresco in a museum in Guadalajara by Orozco that shows a man either consumed by flames or rising from them— depending on how you look at the painting. It symbolizes the future of Mexico. The Denzel Washington character was at a similar crossroad. He was on a downward spiral until he was rescued by a young girl. The girl was kidnapped and presumed dead, which caused Denzel to seek revenge on anyone involved.

This was an exciting, entertaining movie that I enjoyed very much.
11 people found this helpful

Paul S. PersonReviewed in the United States on November 18, 2020
3.0 out of 5 stars
More of a Mis-Fire
Verified purchase
In a sense, this is actually a reasonable Brain-Dead Summer Action Movie. Lot's of action, no need to think.
From that perspective, it does take a while to get started though, so that may not be the best way to think of if.
The problem is, it has lots of flishy-flashy scenes where lots of images are flashed at you for no apparent reason.
As the film goes on, these begin to have a connection to the film, but some of the early ones looked totally unrelated to me. Perhaps they would look more related to the film if I watched it again. Not that that is at all likely.
In a way, this is a pity. There really is a good, gritty, action picture inside this thing; it just can't find its way out.
One person found this helpful
See all reviews
Back to top
Get to Know Us
Make Money with Us
Amazon Payment Products
Let Us Help You
EnglishChoose a language for shopping. United StatesChoose a country/region for shopping.
© 1996-2022, Amazon.com, Inc. or its affiliates