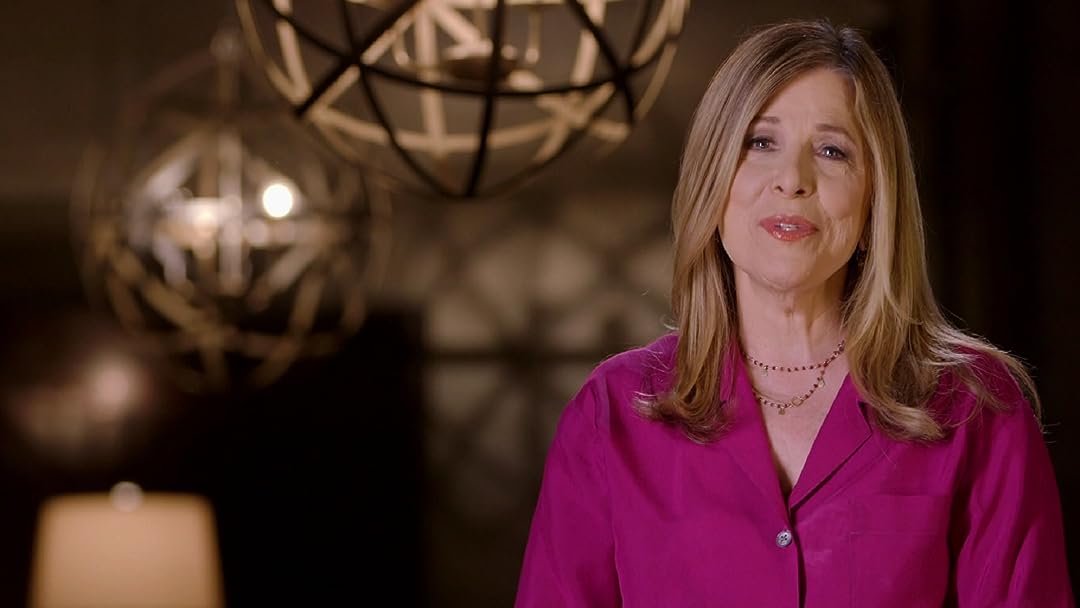 (260)
6.22014TV-14
Married at First Sight is an extreme social experiment that follows 6 people who agree to a provocative proposal: getting legally married the moment they first meet. After several weeks together, each couple must make a decision: do they remain together or decide to separate?

Neo V.Reviewed in the United States on December 16, 2015
1.0 out of 5 stars
False Advertising...?
Verified purchase
This is advertised as the complete first season. I bought it for my wife. She's hooked, she loves the show, watched the whole season, and when she gets to the episode where the couples are supposed to decide if they'll stay together...the episode is missing! Ridiculous...

To be more specific, this episode is called, "The Big Decision." It is supposed to be a two-part episode, but when you watch it on Amazon they only have the first half viewable (which is the boring recap of the whole season we just binge-watched anyway), and is missing the second half where the couples actually give their decisions. It is the same problem with the "Six Months After" episode (which should also be a double episode).

Simply put, don't buy this on Amazon until the issue is fixed. And Amazon, I would feel very well treated if you offered me seasons two and three as a gift (that is, assuming they have all their episodes).

S. VecchioReviewed in the United States on May 24, 2015
4.0 out of 5 stars
SPOILER, SPOILER, SPOILER
Verified purchase
I have my "guilty pleasures", beginning over twenty years ago with the Jerry Springer Show!

I think reality TV will continue to grow because it's so much cheaper to produce, although audience demands for "bigger" productions will also grow. In addition, as technology allows us to be more solitary, people will increasingly crave these kinds of episodic shows about finding love. Also, I don't think this is not such a preposterous premise. Just compare it to online dating, or the horrors of randomly meeting a mate in a bar, and the odds of that happening, and moreover, it being more successful than an arranged coupling based on exhaustive compatibility testing.

I think it was such a lucky break that the first season produced two winners. I don't necessarily think the audience will always root for every couple to stay together, and that one couple who are at bitter odds is perfect, since it offers the conflict audiences have proven to like.

If the show had NOT produced at least ONE happy couple, I don't see how there could have been a second season, which brings up the question, if there could be some kind of incentive for couples to stay together? The cast on "The Bachelor" and the "Bachelorette" are paid, but their salaries are negotiated and not made public. Hmmmm?

It must be a lot of work for the professionals, and producers to find participants, do the psychological testing, THEN, pair couples who have the best chances of making it, but who also offer the most audience appeal, namely, looks.

I am fairly sure Doug was paired with Jamie not just for the compatibility stated, but more importantly, BECAUSE he was not extremely handsome. A young woman like Jamie, who had also been on "The Bachelor", and who has obviously turned heads most of her life, would likely not find him attractive at all.

They needed a guy who would be so knocked out by her beauty, and find Jamie SUCH a prize, that he would be be willing to be patient enough to take continued rejection, and probably her likely eternal need to be reassured

Since the whole premise of the show looks for people who have not succeeded in previous relationships, it would be interesting to know how much her deep insecurity contributed to her failures, instead of the guys ending up being liars, etc.as she implied.

Her behavior with Doug WAS extreme, but I bet she has gotten away with a form of it initially in other relationships. But, no big stud would have put up with her for long, as you saw with Vaughn and Jason's reactions. I will also venture to say, the experts predicted if the choice for her had JUST enough going for him, AND she was FORCED to get to know him, that kind of loyalty in the face of her deep insecurities, would ultimately be irresistible for her.
4 people found this helpful

MDReviewed in the United States on August 11, 2014
4.0 out of 5 stars
So much better than I thought.
Verified purchase
This show is the bee's knees. I thought it was going to be completely ridiculous, and to a certain extent, it is. But is is also really interesting television. I wish they had more couples and better matchmakers but I am super invested and kind of fascinated by what the participants are going through. Crossing my fingers for more seasons.

But I am taking off one star because they do that thing where the exact same footage is repeated before and after a commercial. wish reality TV people would just make the show longer with original content instead of padding it out with the same clips.
19 people found this helpful

C. Rocked ItReviewed in the United States on May 30, 2016
4.0 out of 5 stars
Good first go -- a little redundant though!
Verified purchase
It was a great start for the U.S. series but definitely gets redundant when they highlight some of the characters' flaws. Jamie was a great example of this with her past issues and Doug lying about smoking. It will ESPECIALLY feel redundant if you binge watch this show! I saw the second season, mostly once a week. So, rehashing their flaws in Season 1 definitely gets exhausting. As for the other couples, I was beyond ready for Vaughn and Monet to get a divorce. The first week made feel like these two would never work out ... and I was right. It felt like nothing could save them, which was unfortunate because I was rooting for the only black couple on the show. Cortney and Jason were the best instantaneous fit. Although I was surprised to to feel like *maybe* Jason wasn't as "all-in" as I thought he was ... and I'm still not sure. Overall, I thought it was a great season. Even though it is a reality TV show, nothing feels fake, forced or manufactured. Dare I say it seems intelligent at times and well-thought out??? Anyway, good first go. But if I have ONE MAJOR gripe about all these romance reality shows, I wish people would stop saying they are guarded, and something happened to me, blah blah blah. That's life, especially as an adult! People shouldn't have to be dragged down by your past. Man up and dump the baggage!
2 people found this helpful

DianneReviewed in the United States on August 2, 2014
4.0 out of 5 stars
Everything old is new again.
Verified purchase
While not an original idea - arranged marriages are common in many cultures, and in this country in the old West, there were mail order brides - Married at First Sight is an intriguing idea for television. I found it entertaining enough, though I did get tired of having the "experts" tell us ad nauseam that "these are real, legal marriages" during each episode; OK, I get it, the marriages are legal - you only had to tell me once. Listening to the men and women explain why they were willing to participate in such an experiment, and watching the process of pairing them up was interesting; and I'm sure I wasn't the only viewer trying to predict which couple(s) would make it and which would not. Entertainment value aside, Married at First Sight is not nearly as daring as the show's producers would have us believe. It might have been, say fifty or sixty years ago. Today, when divorce is no longer a stigma, and when we're used to seeing hasty marriages and even hastier divorces, no one will bat an eyelash when these unions dissolve. If, however, even one of these unions succeeds - well, it might start a trend!

**UPDATE - I surrender. I tried to resist liking this show, but the fact is that I do find myself caring about these couples and wanting to see their marriages last. I absolutely love Doug. He's been so patient and gentle with Jamie that it's no wonder that she's warmed up to him relatively quickly. Of the three couples, it appears as though the EMT and the burlesque dancer have the best chance of staying together; and Vaughn and Monet the worst. Whatever happens, I'll be watching. I hope the ratings have been good enough to spawn a second season.
25 people found this helpful

Senam &quot; SistaTV&quot; AmegashieReviewed in the United States on November 25, 2014
5.0 out of 5 stars
LOVED IT!
Verified purchase
With a very few exceptions... I am diametrically opposed to anything. Reality. TV. Seriously... I hate it. After most reality television viewing experiences, I'm left sadden, annoyed, and shouting UGH!! How can they get approval to show this mess on TV.

I can't even tell you that I was open-minded and willing to give this show a chance. I sat down to watch the first episode strictly because I had read an article slamming it and the clip that they had with the article wouldn't work. For some reason I found myself intrigued so I searched out the wedding episode to see.... To say that I was pleasantly, surprised is the understatment of the year, I really and truly loved this show and become complete engaged in every couples journey into Happy or unhappy matrimony.

I really appreciate how they did a pretty good job of showing all the characters as three-dimensional and keeping me interested all season long. I was always ready with snacks and a drink every Tuesday... Like I loved it. Loved it. Loved it... Oh yes... Loved it.

I am tempted to give it 4 stars just because each episode spends too much time recapping what happened right before. But I'm giving it 5 because the world needs more realistic reality TV that focuses on helping people find love and happiness not just internet infamy. I love all the couples and wish them all the best...
8 people found this helpful

MOReviewed in the United States on August 20, 2014
5.0 out of 5 stars
I DO!
Verified purchase
This will probably be the next thing eHarmony has on their commercials -- "Not only do we compare a zillion things to match you up with a partner, but now you can just click your way right through up to the point of 'I do'". This series has reeled me in and I can't stop watching! My husband is secretly also watching from the kitchen table, and (although he would never admit it) he's rooting for the couples to succeed in this bizarre social experiment. I'm hoping there's another season of this next year, and I'd like to have more follow-ups of these couples in the future too. If you haven't watched it you better get started soon. You've got several weeks worth of episodes to catch up on already! Enjoy!! :-)
4 people found this helpful