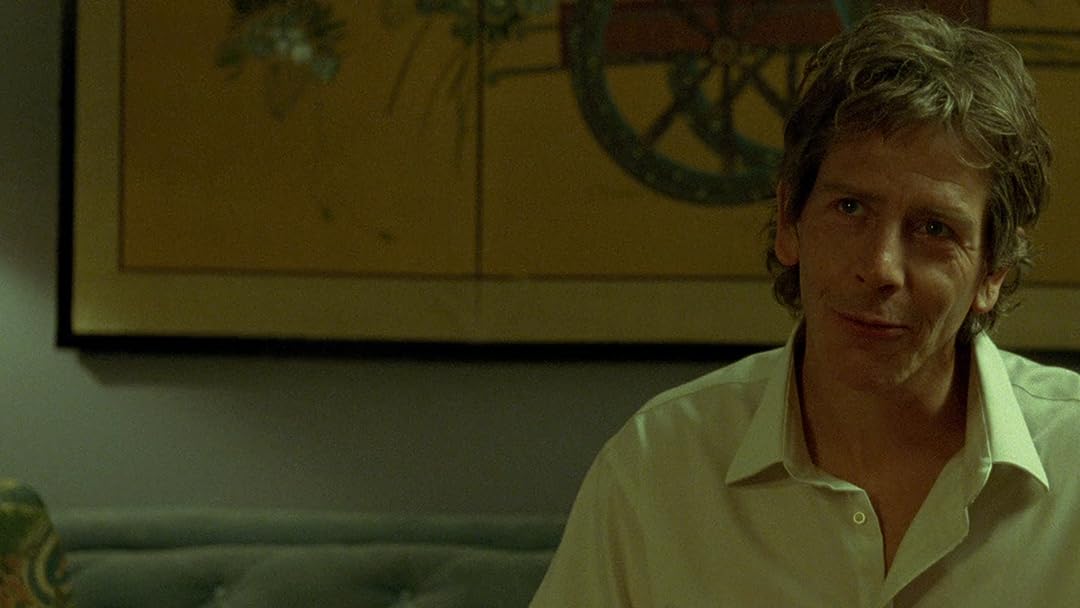 (1,617)
6.41 h 49 min2015X-RayR
Down-on-his-luck gambler Gerry and his hot-streak buddy Curtis hit the road for New Orleans hunting a big payday. On riverboats and racetracks they chase women and thrills--before risking it all in the wager of their lives.

joel wingReviewed in the United States on May 10, 2022
4.0 out of 5 stars
A storyof chance adventure and addiction
Verified purchase
Ryan Reynolds plays a fast talker that believes in seeing where adventures takes him. Ben Mendelsohn is the epitome of a born loser. They two meet by random and go on a trip across the Midwest and South. It turned into a great and moving story of the limits of friendship and chance. Reynolds didn’t play his usual character. Yes he did like to talk but it wasn’t like most of his other roles. He both believed in people and thought he and others deserved what was coming to them and would actively work to create consequences for wrong actions. Mendelsohn did the perfect job portraying someone with an addiction. It didn’t matter what the situation he just could not say no to his habit. I can’t recommend this movie enough.

John's Horror CornerReviewed in the United States on March 13, 2017
4.0 out of 5 stars
A more mature look into Ryan Reynolds’ charm.
Verified purchase
This is a witty approach to the kinds of people drawn to gambling, their hot streaks and the lulls, and what happens when those two cross paths. As their relationships and superstitions unfold we find equal parts warmth and desperation in this film. I enjoyed it a lot.

Written and directed by Ryan Fleck (Half Nelson) and Anna Boden (Half Nelson), this is the kind of film that I am never really excited to see, but always satisfied after seeing it. If you’re a fan of Ryan Reynolds or Ben Mendelsohn, that should be reason enough for you.

From their opening scenes we quickly come to understand our two unlikely cohorts. Gerry (Ben Mendelsohn; Rogue One, Bloodline, Slow West, Animal Kingdom) is a student of the inner workings of the hustle, and the silver-tongued drifter Curtis (Ryan Reynolds; Deadpool, The Change-Up) enjoys a glib luckiness that draws Gerry's interest. After meeting at a poker table and enjoying a pretty damn clever joke revolving around Bourbon, Curtis and Gerry hit it off.

But Curtis seems less interested in actually winning than simply being entertained, and Gerry leans compulsively to the game. And whereas Curtis strikes the match to make things edgy and interesting, Gerry is the powder keg for whom we worry. You see good things always seem to happen to Curtis--but not Gerry, especially not when Curtis is gone. But Gerry is our storyteller and we know a lot more about him than our mysterious charming drifter.

Knowing little about each other, the two embark on a journey. We discover more about them as they do within each other. Meanwhile we, as outsiders, gain perspective on what makes gamblers tick. This film enjoys the superstitions of gamblers who pick winners at the dog track based on recent coincidences and desperately look for signs and lucky charms from their surroundings.

Ryan Reynolds is a more mature version of his last decade’s self. He channels all the cutting charm that earned him our favor from Waiting (2005), Van Wilder (2002) and Buying the Cow (2002), but has now grown up…somewhat. His charismatic drifter exudes occasional glimmers that smack of his touching performance in The Woman in Gold (2015); but most of the time he’s just Ryan being Ryan outside of the confines of his typical raunchy comedy.

Much as the temptation to stay and try your luck with one more hand, this film has a slow but powerful draw. I'd recommend it for a quiet Sunday afternoon.

Sara J MayerReviewed in the United States on May 2, 2022
3.0 out of 5 stars
not my favorite Ryan Reynolds movie
Verified purchase
Never seen it before ordering. It's OK, not great or even good. Service was good arrived on time and
well packaged. thanks

deathnesiaReviewed in the United States on February 17, 2016
5.0 out of 5 stars
Reynolds and Mendelsohn show the darkness of the gambler's life. Can they break the odds with the life they chose?
Verified purchase
There are a lot of gambling duo or MIT wiz gambler movies out there, but this one is my favorite, no Kevin Spacey required. The story embodies what it is to be free in America and how for some, the dream can happen. Maybe we are not actually as free as we think, but to think some people who have had a crappy life can actually triumph over misery is inspiring. Reynolds played the cool guy as you would expect, with his somber and desperate new companion as they race "down the river" and bet it all. There are nuances in this film that require a second look. I like to think that there are free spirits out there who can collide and ultimately do the right thing and not let avarice destroy them. Reynolds doesn't take the game seriously, giving him extreme vagueness at the poker table, while Mendelsohn bleeds desperation out of every pore and does the same through serious study of the art. They balance each other out in this story, make each other stronger, and ultimately give you goosebumps as they throw the dice. Take it from me, try this different tale of the gambler's life - the story of an addict coupled with an enthusiast who loves meeting the people around him and give this movie a try.
3 people found this helpful

Russell SReviewed in the United States on November 19, 2017
4.0 out of 5 stars
Excellent buddy film, and this should tell you that gambling is bad.
Verified purchase
This movie will depend on your tastes. Down-on-his-luck gambler Gerry (Mendelsohn) and his hot-streak buddy Curtis (Reynolds) hit the road for New Orleans, on the hunt for the big payday. Ryan Reynolds made this movie for me. He can do no wrong on any front. Do you like movies about gambling? There was a ton of things in this movie that you could find interesting and for me one of the best things was the budding friendship between the 2 main characters. The gambling doesn't really do anything for me at all but some of it was interesting enough that it reinforces my not ever gambling, really is a sickness or an addiction to be sure. Mendelsohn, in particular, can't stop he has to keep going. Ryan is his lucky charm but never pays any attention to him.
2 people found this helpful

phreejaxReviewed in the United States on June 5, 2016
5.0 out of 5 stars
This is must-see cinema - yes there is gambling, but this fine film is not just about some card games
Verified purchase
***** 5 Stars ***** "I've been raving about this spellbinder since I saw it at Sundance ... (and) I'll rave again ... The movie needed great performances and it gets them from Ryan Reynolds and Ben Mendelsohn ... Reynolds has never been better ... (and) Mendelsohn provides a 4-aces performance that nails every nuance." (Quoted from Peter Travers' review in Rolling Stone #1245, 10-8-15). Since Roger Ebert's death, Travers is now America's most established and influential movie critic - if he 'raves' about a film, you can be sure this is great 'must see' cinema. And it is. I was captivated for every minute - it's not just a film you watch, it's one you just fall into. The acting, locations, cinematography and script are way beyond the norm in an Indie film, let alone some drivel from the big studios. And then there's the soundtrack ... from somewhat obscure early Delta blues artists like Memphis Minnie and Big Bill Broonzy, to more recent traditional Mississippi Hills players like Jr. Kimbrough and RL Burnside, to rockabilly stars like James Hand, the music is as important to the film as any scene, and I love that. Very, very highly recommended to anyone who loves movies.
4 people found this helpful

Lisa RuddickReviewed in the United States on May 28, 2022
2.0 out of 5 stars
Boring
Verified purchase
The acting was okay but the story had no momentum

Movies Are CinemaReviewed in the United States on January 8, 2021
3.0 out of 5 stars
Slow Mover That Never Gets Traction
Verified purchase
While I much enjoy the lead actors in this flick, the story moves so slowly you could change your entire wardrobe before the next scene begins. Worth a watch, but be aware that you might close your eyes a time or two. Some scenes are enjoyable, but this is a small story with a script that does not make it a bigger tale. Charming in spots, you may snooze in others.
One person found this helpful
See all reviews
Back to top
Get to Know Us
Make Money with Us
Amazon Payment Products
Let Us Help You
EnglishChoose a language for shopping. United StatesChoose a country/region for shopping.
© 1996-2022, Amazon.com, Inc. or its affiliates