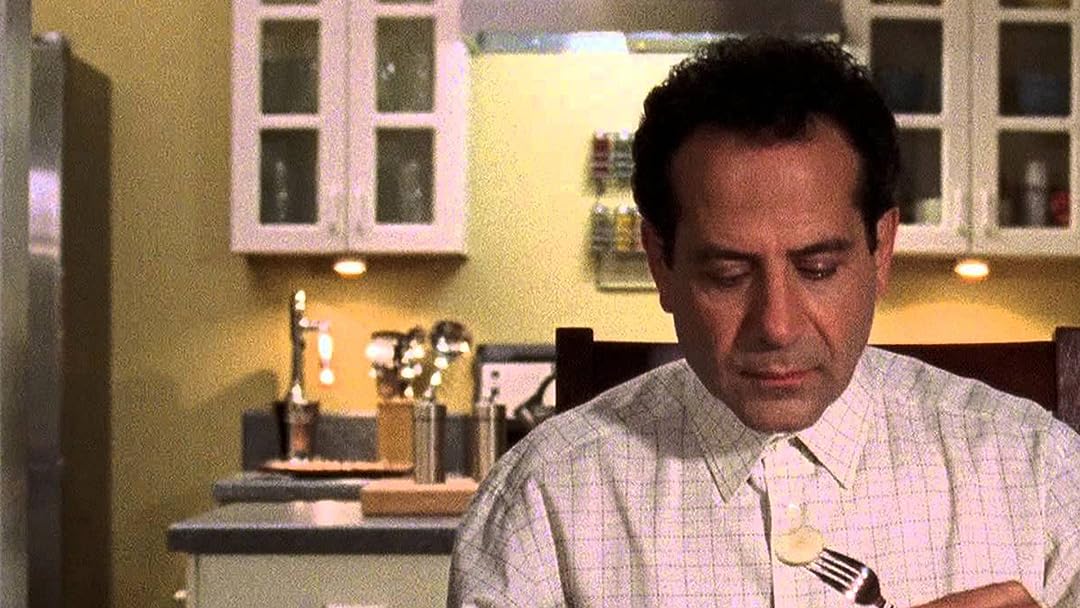 Caitlyn SmithReviewed in the United States on January 16, 2017
4.0 out of 5 stars
Great show. Great streaming quality.
Verified purchase
I remember watching this series when I was younger and laughing at all the awkward situations Mr. Monk would get himself into. For me, the comedy still holds up. I caught myself actually laughing out loud while enjoying this show.

I bought this season while it was on sale for $5. I love Monk and I am so happy I found a high quality streaming option.

However, I would not pay the normal price for the separate seasons when I could purchase the entire series on DVD for $70. For me personally, the convenience is not worth the amount they are asking.

PolarBear336Reviewed in the United States on March 30, 2016
5.0 out of 5 stars
It's a Jungle Out There
Verified purchase
This show is wonderful! Season 2 is definitely my favorite season so far. It is so compelling and addicting to watch. The cast is so funny and they have such great chemistry. I loved the cliffhanger at the very end. It has me hooked and there's no doubt in my mind that I will purchase the next season very shortly. For those of you who love excellent detective stories with a sense of humor, you will not be disappointed once you decide to watch Monk. Give it a try. Trust me. You won't regret it.
9 people found this helpful

Donald C. AllenReviewed in the United States on June 14, 2013
5.0 out of 5 stars
Wonderful show, very poor streaming
Verified purchase
My 5 stars are for the show itself. I think Monk is generally brilliant -- the concept, the writing, and the casting/acting. In the particular show we saw here, we are introduced to Monk's equally crazy brother, Ambrose, played by John Turturro. Turturro is just a great actor, but casting him as Monk's brother was a master-stroke, because the way he and Tony Shalhoub interact is priceless, both funny and touching. So I highly recommend this particular show ("Mr. Monk and the Three Pies")..

Now for the streaming. I have an HTPC that I built -- 3 Ghz AMD processor, 4 Gb RAM, 1 Tb 5400 rpm disk. It talks to our home network via a wireless repeater/bridge. I've measured the bandwidth -- over 20 Mb/s down, almost 5 up. I bought the HD version of this program (I have Prime; why did I have to pay for this? Different question.) and was told when I started that if the bandwidth proved insufficient, it would reduce the resolution to Standard. Well, whatever it did wasn't right. Both the sound and picture were consistently choppy and at one point the proceedings came to a halt while it buffered ahead. This is not rocket science. This machine has plenty of memory, plus swap space if needed, and if the bandwidth were insufficient, which I very much doubt in this situation, in the extreme case it could make us wait and just download the whole thing. Or just correctly figure out a safe lower bound on the bandwidth and buffer ahead enough so the buffer never gets empty. That's the theory. In practice, Amazon's software did a very poor job and the show was almost unwatchable. So based on this experience -- only one data point, to be sure, I would not recommend Amazon streaming video. Oh, one additional detail -- I have both Windows 7 Pro and Arch Linux installed on this machine, but in this case I was running Windows. The browser was Google Chrome.
One person found this helpful

KatieKatReviewed in the United States on October 29, 2012
5.0 out of 5 stars
How Can You NOT Like Monk?
Verified purchase
Another great episode but what sets it apart are the two guest stars. Sarah Silverman (whom I usually dislike- did well) played an obsessed fan of Billy Burke's character (known for Twilight, Revolution, The Closer), a crime show TV star. Monk is Monk and does what he does best, solves bizarre crimes in a quirky way. Burke and Silverman's acting was spot on. I also loved the inside joke about the theme song of Burke's character's TV show being changed and all the fans in an uproar, like they were when the show "Monk" changed its own theme song. Cute.

timReviewed in the United States on April 18, 2014
4.0 out of 5 stars
The early seasons are the best
Verified purchase
The first three seasons of Monk are the best. Sharona was a much stronger character then Natalie as monks' assistant. their was much more tension between monk and the Captain. In the later season the police just roll over and wait for monk to solve the crime of the week. Plus the character of Randy becomes more and more stupid and ridiculous as the show goes on.
One person found this helpful

Marcela VijilReviewed in the United States on March 1, 2016
5.0 out of 5 stars
One of my Favorites
Verified purchase
Love this show! Funny yet witty. I love his germ phobias and other weird antics. I also like that it isn't always predictable, they do throw some curve balls in there.
One person found this helpful

Lesley M Bentley MaReviewed in the United States on January 26, 2017
5.0 out of 5 stars
Wish it did not cost so much
Verified purchase
I love Monk - I wish I could still watch it for free. $30 for one season is ridiculous.
See all reviews
Back to top
Get to Know Us
Make Money with Us
Amazon Payment Products
Let Us Help You
EnglishChoose a language for shopping. United StatesChoose a country/region for shopping.
© 1996-2022, Amazon.com, Inc. or its affiliates