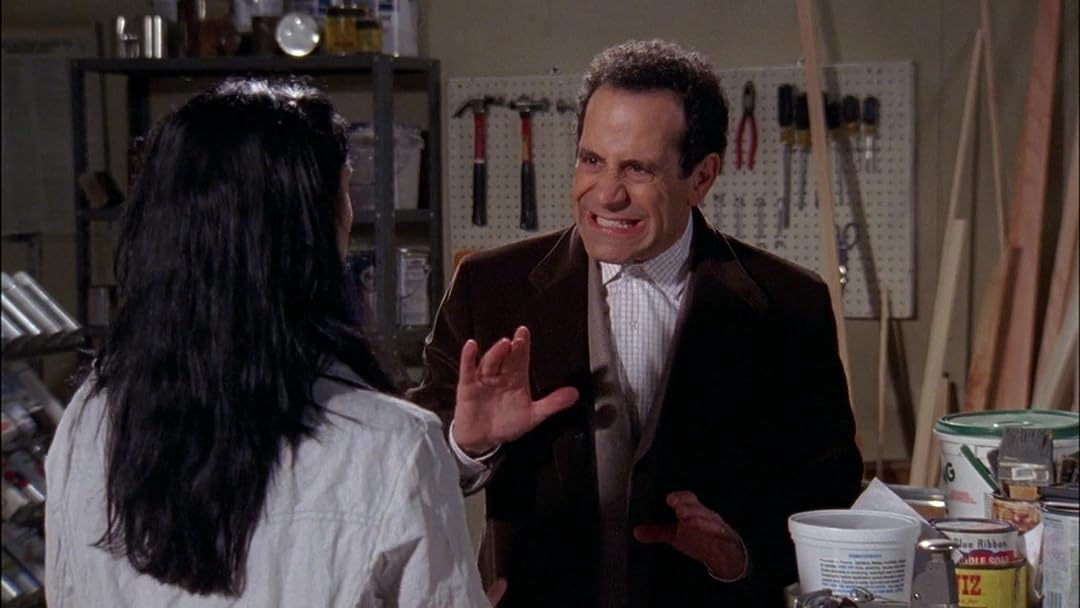 (659)
8.02008X-RayTV-PG
Tony Shalhoub has earned three Emmy Awards, a Golden Globe Award and two SAG Awards for Best Actor in a Comedy Series for his portrayal of Adrian Monk, a brilliant detective who suffers from obsessive-compulsive disorder.

BarbaraReviewed in the United States on May 11, 2017
5.0 out of 5 stars
Best. Show. Ever!
Verified purchase
One would think by the sixth season, the show would start to lose it's appeal, but not so with Monk. This show just keeps getting better and better. Each episode is great, but one of my favorites is when Monk has to prove to the Captain that his girlfriend is not the woman he believes she is, and as a result, they are on the outs for most of the episode, until she accuses Monk of making a pass at her which the Captain knows is completely out of character and impossible to believe.

As with all the other seasons, this is a must purchase.

AudaciousMeReviewed in the United States on January 27, 2017
5.0 out of 5 stars
Staple happy, who-done-it mystery series.
Verified purchase
Monk, "the world class detective" is hillariously debilitated by fears and compulsions. His assistant, Julie (narrator in the books) helps him work around his limits. The supporting characters believe whole-heartedly believe Monk can solve the unsolvable murder cases. However, working with Monk on cases is one twist and frustration after another. Easy, feel good mystery without graphic gore, sex, or bad language. I love the Mysteries because of the characters. I never get tired of Monk in film or books.
13 people found this helpful

007Reviewed in the United States on April 15, 2018
5.0 out of 5 stars
Buy it!
Verified purchase
I love this series and had to have it! Each season has it's duds, but overall, a great series. It arrived on time, as described by Amazon & manufacturer, the packaging was undamaged, and the product itself was unmolested and made with quality materials.
10 people found this helpful

RogerOReviewed in the United States on January 19, 2015
5.0 out of 5 stars
One of the great characters.
Verified purchase
One of the NOW classic shows that should be remembered into the ages to come. I love most of the episodes that were made and the other one or two should not be given any negative points. That is because they were made well but it wasn't the type of show for me (subject matter).

This show deserves 10 stars. I hope that Tony S will be able to make another character in the future that will hit the heart of the viewer just as much as this one did.

I loved all the other characters in the show too. They should be getting credit for their parts. I feel that the show is a sum of all its parts which make the whole what it is.

Bobette RifeReviewed in the United States on January 16, 2012
5.0 out of 5 stars
Season Six is fresh
Verified purchase
We became irregular watchers of Monk after season five--it seemed that every story line was too predictable (or the fact that he would solve the case in a bizarre, unpredictable fashion became predictable!). But, since we owned the first five seasons, and I wanted to know how the show ended without skipping to season eight, I started purchasing the other seasons--and we have been delightfully surprised. I don't know if it is because we had been away for so long, or because the story lines really are fresher, but we have really enjoyed picking up where we left off. There have been many new developments in Monk's character, and the others on the show. We are enjoying it all over again, and savoring every episode.
4 people found this helpful

RPKReviewed in the United States on March 12, 2017
5.0 out of 5 stars
Kids loved it! Thanks
Verified purchase
MONK is a big hit in my family. I also used it in a Special Education classroom for disability awareness and acceptance. Kids loved it! Thanks.
9 people found this helpful
See all reviews
Back to top
Get to Know Us
Make Money with Us
Amazon Payment Products
Let Us Help You
EnglishChoose a language for shopping. United StatesChoose a country/region for shopping.
© 1996-2022, Amazon.com, Inc. or its affiliates