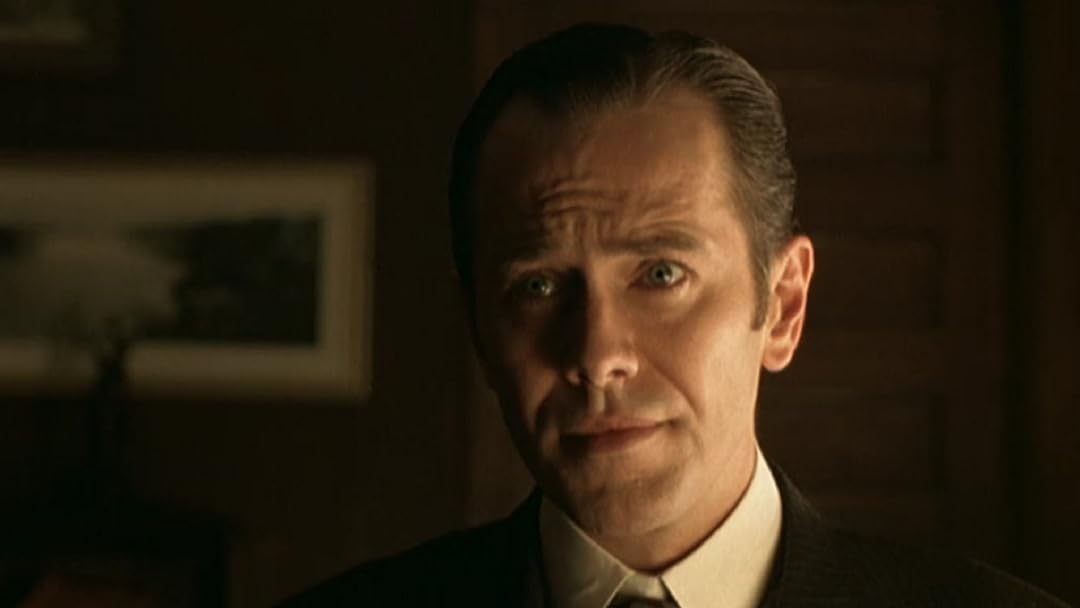 Season 1
(296)
7.72005NR
Before the hit television series, the same characters appeared in these feature-length adaptations of Maureen Jennings's beloved novels.

Included with Acorn TV on Amazon for $6.99/month after trial

Watch with Acorn TV
Start your 7-day free trial
Add to
Watchlist
By ordering or viewing, you agree to our Terms. Sold by Amazon.com Services LLC.
Write review

MikeReviewed in the United States on November 12, 2016
4.0 out of 5 stars
The Original Murdoch Mysteries!
Verified purchase
As a warm up to the long running Murdoch Mysteries (starring Yannick Bisson as Murdoch), these Murdoch Mysteries: The Movies are a fine piece of work. While it is a very stark contrast between these three films and the series that would follow, I think that it still has its own merit and found them quite intriguing and enjoyable. They are far more dark and somber, while the series is perhaps brighter and more light-hearted at times (even when dealing with murder), so I think that there is definitely an audience who would find the charm in the perhaps more true to the times, period-esque piece feel these movies have. While I would say I am a bigger fan of the series, it's not to say that I am not also quite a fan of these three movies as well. Peter Outerbridge, who originates the role of Detective William Murdoch does a wonderful job and should be given credit, where credit is due. I found Outerbridge, as Murdoch, to be both endearing and intriguing as a character. It was definitely interesting to see these characters, who I've come to love (through the series) in a new, more somber and perhaps gritty light. Although if asked to choose, I would of course choose the series, but that is not to say that I wouldn't have loved to see more of these films made. I was rather disappointed that there were only three of them, as I definitely would have liked to watch more. I also must add that I think aside from this original take on Murdoch, I also very much loved the character of Ettie Weston (Flora Montgomery), who we see throughout. She was a very interesting and enjoyable character, especially when interacting with Murdoch. As an added bonus slash bit of trivia, it's fun to see one of the cast from the series play a role in this series of films. I won't divulge who as to not ruin the surprise! It should also be noted that as an even more fun bit of trivia, Outerbridge makes an appearance in the world of Yannick Bisson's Murdoch as well! So if you've made it this far and are wondering if you should give these movies a try, I would say if you are a fan of the series have an open mind with these, seeing as they came first. I think if you are open to seeing a portrayal of these characters and stories in perhaps a more true to the period style, I would absolutely say it is worth your time to watch!
16 people found this helpful

Linda Painchaud-SteinmanReviewed in the United States on August 26, 2021
5.0 out of 5 stars
Enjoyable Introduction to the Murdoch Mysteries.
Verified purchase
We'd heard a lot about the Murdoch Mysteries tv series, but hadn't seen a single episode. We decided we'd start with this set of movies, which were made prior to the television series.

There are plenty of reviews here detailing everything about the movies, so I'll just say that we thoroughly enjoyed each of the films in this little collection. They were an enjoyable introduction to the television series. So much so, that we've moved on to Season 1 of the series. (NOTE: The actors in the movies are not the same actors who star in the tv series.)

If you already like the Murdoch series, give these movies a try. If you've never seen any Murdoch Mysteries at all, start here!

OVERTIMEReviewed in the United States on December 31, 2015
5.0 out of 5 stars
My wife and I have enjoyed the ongoing Murdoch Mysteries television series
Verified purchase
My wife and I have enjoyed the ongoing Murdoch Mysteries television series. The popular series is everything we look for in quality end of the day entertainment. The product featured is, in my humble opinion, a radical departure from what we've grown so fond of. The three stories are gritty and somewhat slow moving. The actors to put it quite bluntly, are simply not going to get an A+ for physical attractiveness. My wife lets me know that the "other" Murdoch is much better looking! The lighting is often dim. The police offices have dirty, peeling paint, and a small dim morgue that isn't nearly as nice as the one most of us have become accustomed to seeing. The second and third episodes are easier on the eyes-better lighting and more outside scenes. While this lacks the jazzy stuff, it offers a deeply moving departure from eight seasons of fluff 'n stuff. The primary actors are superb, gimmicks aren't needed. Give it a try.
11 people found this helpful

CuencaGailReviewed in the United States on December 3, 2018
5.0 out of 5 stars
MUCH Better than the TV Series!
Verified purchase
If you have watched the TV series of the same name, the actors and acting in these movies are much better than the TV series (although the actress who plays Dr. Julia Ogden in the series plays a character in one of these 3 movies). The story lines are good, and the scripts are better than in the series as well. Almost all other characteristics (names, places, timeframe, etc.) are identical to the series. A good murder mystery selection!
5 people found this helpful

Lincoln County MTReviewed in the United States on August 7, 2015
4.0 out of 5 stars
These are ok for made for TV but really we can't help but favor the TV series quite a bit more.
Verified purchase
So funny heard from both friends and read reviews here where people didn't take to the series version because they liked these movies that came out ahead of the series. Well we were late to the party and watched the seven years of the series in binge style first then ran out of years released to date so picked up the movies. And we happen to favor the series more. So funny.....life can be. On a trivia note it was delightful to see the actress who plays Julia in the Series a villian in the third and last movie here. So from villian to heroin. If you are interested in the series...we recommend you watch it first then like us turn to the movies to hold you over and you may see why we favor the series...it basically has had the time to develop characters and pull you into them. But the movies are not without merit just not as fully developed and they lost several key characters in the last movie they had in the first two like the head chief of police. Spoiled we are.
10 people found this helpful

cw of the Black HillsReviewed in the United States on February 5, 2019
5.0 out of 5 stars
Good enough to start a whole series of its own
Verified purchase
We have been watching the Acorn TV series of Murdoch Mysteries and enjoying them so much that we wanted more so ordered the series predecessor. There are only three movies and we would sure like to see more of them also. This set is darker and somewhat more adult than the Acorn series, but remains intelligent and thought provoking. With perhaps a name change, I think this movie series, transformed with this "flavor" would welcomed by many.
4 people found this helpful

karenReviewed in the United States on December 22, 2021
5.0 out of 5 stars
Pretty good Murdock movies
Verified purchase
The first movie was okay. Introduced all the characters & the setting. The second one was really good, although a little dark. The third one was excellent! Made me wish for more. These are unlike the TV show. Longer, so more depth to the characters, less hype of the famous people of the era.

BETReviewed in the United States on June 4, 2019
5.0 out of 5 stars
Very good mystery movies
Verified purchase
I have several seasons of the Murdoch Mysteries DVDs and thought I'd buy the Movie DVD. I actually like this set of movies a bit more than the TV series, as it gave a bit more of a Sherlock Holmes feel which I really enjoy. The crimes were a bit more realistic than the series as well. I'm very please with this purchase.
2 people found this helpful
See all reviews
Back to top
Get to Know Us
Make Money with Us
Amazon Payment Products
Let Us Help You
EnglishChoose a language for shopping. United StatesChoose a country/region for shopping.
© 1996-2022, Amazon.com, Inc. or its affiliates