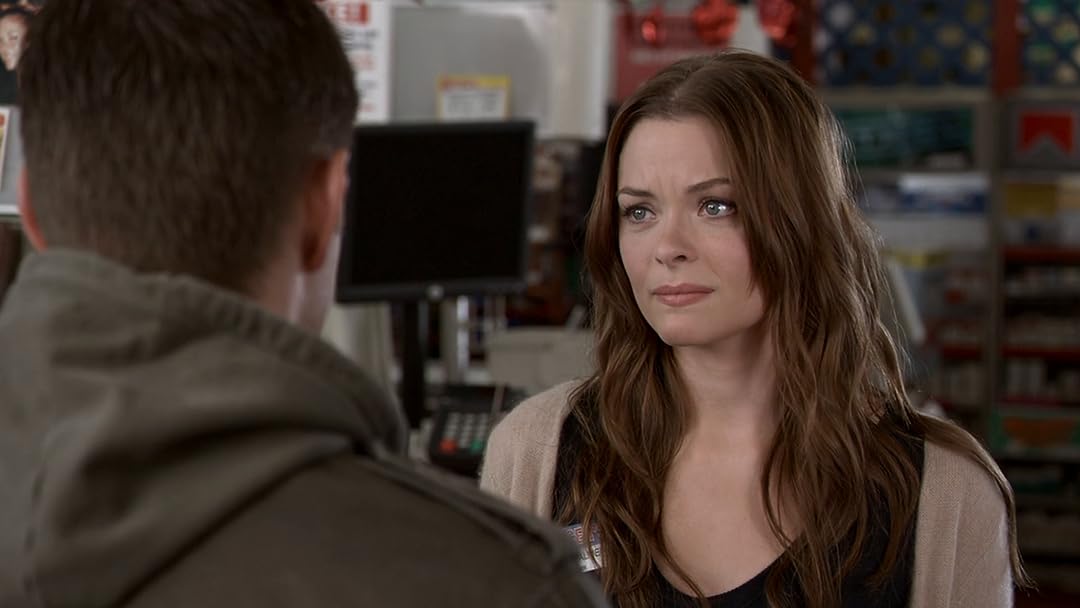 SZReviewed in the United States on February 14, 2020
5.0 out of 5 stars
Nothing says I love you then My Bloody Valentine/ Harry Warden!!
Verified purchase
This movie is a must for Valentine's day! I didn't like the 1981 version so much it was boring to me and not a great horror film. I like the 2009 better, good story and watchable. I like Jamie King, Kerr Smith, Megan Boone, Tom Atkins, Jensen Ackles, it was a great cast! I did buy the 3D/ 2D version on Amazon whether I watch 2d or 3d its horrible the picture is all in red/blue/ green and its good for the death effects but its not watchable in 3D. I have another horror movie in 3D and that is way more watchable. I ended up buying a regular version on Ebay and the picture is normal and clear! I couldn't deal with multi-color picture it was annoying and ruins the watching experience. I recommend watching it regular not 3D, not worth it. Overall, 2009 My Bloody Valentine is my fav to watch in February and V-day!! <3
4 people found this helpful

TechnoMachinima1996Reviewed in the United States on September 23, 2017
4.0 out of 5 stars
An enjoyable new vision of the awesome 1981 Canadian slasher flick.
Verified purchase
At first when I had heard about this movie being remade back in early 2009 when I first saw the trailer, I had many concerns about whether or not this movie would show any respect for the source material that the excellent 1981 slasher gave us and that has been celebrated for nearly 30 years. I have to admit that it all looked tempting from them selling it with the 3-D element and coming up with a creative ad for it.

Well I would say that how good this remake is is based simply more on how thrilling it is by its own merits and not in contrast with the original. As I see it both versions are great in their own special ways. I won't be comparing this version and the original but rather just to state what is good about this version solely.

The opening credits are awesome visually as computer effects(intended in particular for the 3-D aspect of this movie) are used to show a series of newspaper articles regarding the several slayings brought on by Harry Warden during Valentine's day.

Harry Warden still has a massively menacing appearance with the dark creepy miner's get up. Once he walks steadily but surely with his big pickaxe you know that things are going to get freaky, brutal, and messy with him leaving few to no survivors.

The intensity, gore, and kills are all very well handled. The miner is vicious, scary, and unrelenting in his brutality making for one intense serial killer with no limits to what he'll do. He especially goes from biding his time in the shadows of the mine to subduing his victims with small effort. As for the gore well it's awesomely bloody and graphic even in the aftermath. The gore design may not be entirely as impressive as the practical gore shown in the extended version of the original but the gore showcased here still gets the job done in it's gruesomeness. The kills don't vary a whole lot in execution but the masterful way that Harry wield his pickaxe through people's mouths and chests are remarkably done.

There's not as much nudity as there should have been but still there is still one bit of nudity that is sweet and enjoyable.

As for the actors well, Jensen Ackles did a great job as Tom Hanniger, gorgeous and smokin' hot Jaime King is good here and there as the lovely Sarah Palmer, horror movie veteran Tom Atkins was great as always playing Sheriff Burke, but Kerr Smith as Axel Palmer he really sucked. Not only was his acting terrible but he was cheesy looking, not believable as a small town cop, and most of all he just couldn't hold a candle to Neil Affleck.

The cinematography by Brian Pearson was beautifully and fully shot showcasing gorgeous pictures of the forest, the town of Harmony, the well-lit yet creepy mine, the lovely interiors of the police station, the bridge over water and beyond, the grocery store, and interiors of the character's houses. I also am highly impressed by the creepy and chilling dark and dreary night scenes.

The fight choreography at the end is intriguing and lots of fun to watch as well.

The 3-D aspect of this movie is really cool and it makes this movie all the more fun to watch.

IShopHereReviewed in the United States on June 25, 2021
4.0 out of 5 stars
Fun Flick & Amazing 3D
Verified purchase
Whenever there is a remake of a movie, there is always the idea that it won’t live up to the original. I’m a huge fan of the original, and decided I needed to finally watch the remake.
I was glad to find out that there is a Blu Ray 3D (not anaglyph -blue & red) version because anaglyph never really seems to work well on televisions.
First, I thought the movie was good. I figured out the ending shortly through it, but when you watch a lot of slashers, that kind of happens.
Second, this didn’t focus as much on why the killer killed on Valentine’s Day like the original, it just happened to be on Valentine’s Day. I didn’t see that as a problem, but it could’ve stood as its own movie. Would’ve been the same movie if it was called My Bloody Easter. No real meaning to the holiday of choice in the movie.
And finally, the 3D was outstanding. Of course, when horror/slasher flicks are made in 3D, they make a point to make the killings extreme and the 3D pop out more than some flicks that just use it for depth.
I gave it 4 Stars for reason number 2 stated above. Good movie, but there was no real meaning to having this movie as a remake of My Bloody Valentine when it was really just because it was on Valentine’s Day without the deeper meaning behind the original.
I did definitely enjoy this movie.

James DewittReviewed in the United States on August 7, 2018
5.0 out of 5 stars
A gory, fun time!
Verified purchase
I remember seeing this in 3D in theaters and it was the most fun I think I've ever had at a movie. This is a genuine love letter to the slasher genre, and if that's your thing you are in for a great time. My Bloody Valentine has it all: a nigh-unstoppable killer with a unique gimmick, immersive setting where all the characters are fleshed-out (including a love triangle!) and gore galore with some inventive kills. Wildly entertaining, a rare horror remake that actually better than the original!
5 people found this helpful

Madison CalhounReviewed in the United States on February 7, 2020
5.0 out of 5 stars
It’s So Bad, It’s Good
Verified purchase
This is one of those guilty pleasure movies. I;m a big Supernatural fan, but every now and then, it’s fun to watch the person who plays the good guy just absolutely tear sh!t up! It’s some glaring plot holes, logic flaws, and unrealistic gore... but that doesn’t change the fact that it’s still awesome!
3 people found this helpful

MattReviewed in the United States on October 24, 2021
4.0 out of 5 stars
More Of An Alternate Story Than A Remake
Verified purchase
I don’t care for the original, but this one was bloody slasher fun! It’s considered a remake, but seems more like an alternate story line, although I won’t give spoilers. The kills are awesome and the mystery, if you can figure it out, is interesting. There’s some 3D effects in the kills like blood coming towards you during a few kills or a pickaxe being thrown and heading straight out of the TV. If you loved the original, don’t take this one too seriously. Just have fun!

RinReviewed in the United States on December 5, 2019
5.0 out of 5 stars
Wonderful movie!
Verified purchase
I love this movie and I'm sad that a lot of the bad reviews are because they hated the movie. But not only did I love the movie, the shipping was fast and I was really impressed with the safe packaging it came in to protect it from damage.
One person found this helpful

Lon KingeryReviewed in the United States on October 17, 2009
4.0 out of 5 stars
Bloody Valentine in 3D!
Verified purchase
Most all know about this movie. But I have read the review's from other poster's, and there is a difference of opinion about 3D.So, maybe I can clear that up. When I got my copy, I put on my glasses and the 3D was very disapointing. So, I have another paid of glasses but the Red lense in on the right side...and the Blue lense in on the left side. This is the reverse of the first pair I used. I found, by using the pair with the Blue lense on the left and the Red lense on the right, the 3D is great...so maybe, that is the reason that some here post No 3D and some post Great 3D. So, in the future, if you buy a movie that is supposed to be 3D and it is not, try reversing the lense's. It worked for me really well. As for the movie, there are also some who reported scratch's...I did not find that to be the case with the movie I received.The 3D is great. ....just use the glasses with the blue lense on the left and red on the right...You Will See a Difference.<>Lon<>
4 people found this helpful
See all reviews
Back to top
Get to Know Us
Make Money with Us
Amazon Payment Products
Let Us Help You
EnglishChoose a language for shopping. United StatesChoose a country/region for shopping.
© 1996-2022, Amazon.com, Inc. or its affiliates