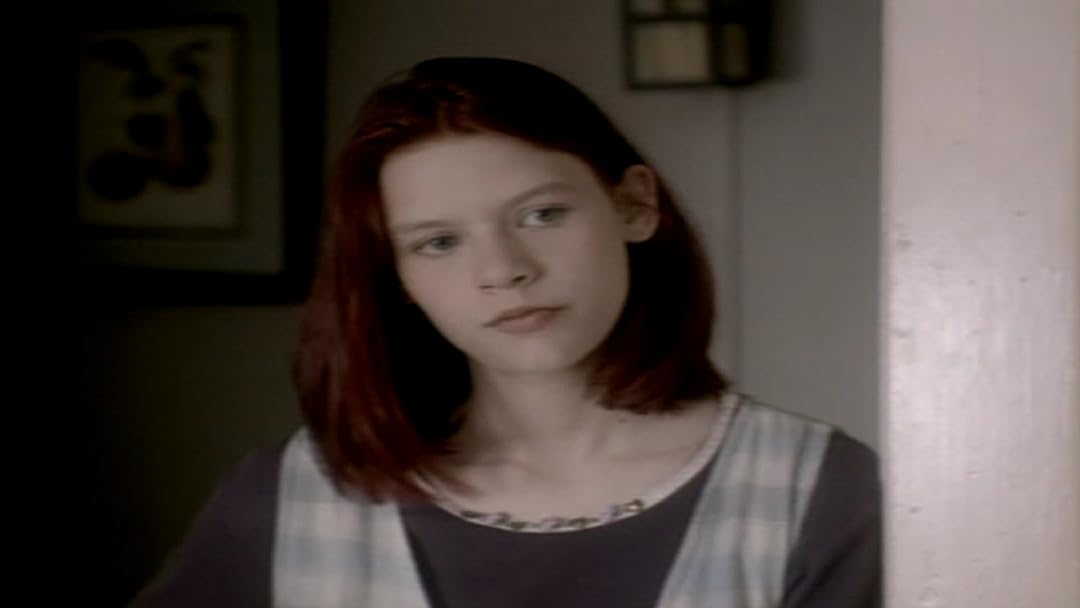 My So Called Life

Season 1
(390)
8.41995TV-PG
A thoughtful drama about an angst ridden teen she calls school a battlefield for your heart and her suburban family.

Abdul-InfiniteReviewed in the United States on September 2, 2020
5.0 out of 5 stars
One of the best and most under-rated shows ever made
Verified purchase
This is one of the best, if not the best shows I ever saw on television. If you are 90's MTV Slacker generation kid you will love the nostalgia. You see the world through the eyes of Claire Daines character, and hear her inner-most thoughts as she experiences that magical time in life when one first falls in love, has sex, makes lasting friendships--and ultimately develops their own identity. Most shows about teenage life are usually way off--yet this show was surprisingly close to home for the way many of us experienced our teens in similar towns and cities across America. Now that I'm older you can kind of relate to the older characters a bit more--so there is something in there for all ages. Even her little sisters character is well thought out, and something young daughters and fathers of young daughters can relate to.

Ahhh.. the good ol days... too bad they had to end

An Amazon Customer in NYC Reviewed in the United States on November 24, 2019
5.0 out of 5 stars
Great show and they should make season 2 in the 2020s
Verified purchase
Claire Danes is four months younger than me and I was in high school when this was on television. I love the amount of creative freedom they writers gave themselves to try different things in the plot and to play with different themes from the characters' lives. And the show generally let me suspend reality since it was so true to life in the '90s. There are two episodes where they play with a sort of supernatural element and I did not fully buy that aspect of the storytelling but I still think it was cool that they tried it. The world is different today than it was in the '90s but the overall themes are forever relevant – being a teenager, being a parent, different expressions of love, and the funny ways they can come about – giving this show a high watch-ability even today. They should make season 2 happen in the 2020s with Danes and Devon Gummersall playing the parents.
6 people found this helpful

dbReviewed in the United States on October 8, 2016
5.0 out of 5 stars
Not enough, but well worth viewing. Take the plunge.
Verified purchase
Claire Danes was an enormous talent when she arrived on the scene in this low key, unfortunately short lived coming of age drama about the life of a young woman - mid-teenager who is suddenly aware there is more to life than birthday parties, malt shop, and slumber parties, and who wants to explore the new things she suddenly sees, but doesn't yet have the knowledge, tools, or self-preservation skills to safely pursue her suddenly bigger world. Indeed, nor are her parents equipped to help her, having themselves been sheltered, so without even any awareness of the people, activities, substances, and issues their daughter is confronting.
She has no idea why she is attracted to the beautiful and dyslexic young man who is struggling to stay alive as he is required to become adult while no one in his life seems to even care whether he lives or dies. In fact, she has no idea why any of she seems to be driven to pursue perilous paths as she learn loyalty to new and socially outcast friends; a young female alcoholic child of alcoholics, and a disenfranchised homosexual (before the invention of the term, "gay") boy on the tracks to an early grave.
So we follow her, our hearts aching for her and her new, and old, friends, her parents, and just about everybody who is not a predator in her world. I only wished (and frequently wished) I could step into her world, give her a genuine hug, and tell her she would survive, she would become wiser, and things would actually turn out OK as long as she didn't get pregnant. Of course I couldn't but that is the center of the show; that and good acting, and the great young actress Claire Danes before anybody messed with starhood, cameo roles, and the various cruelties of Hollywood.
I sound angry, or just upset, and this is how I feel after I saw this show in its first showing on Television, and have now seen the sum of Claire Danes' career. I was young too, and I couldn't figure out what my options were or where they would lead, and this show illustrated and encapsulated my own feelings at the time (and since, I confess).
I will summarize: this was our first view of a great talent, and I hoped for great things from Ms. Danes. I don't think she achieved the career landmarks that her talent deserved, and I feel disappointed. Still, I recommend any one reading this make the investment, and watch the entire season to enjoy one of the few profound coming of age stories told on television. A young woman rebels, without a cause, without anything other than a compulsion to be more than she is, and she attains that goal. I would have loved to see more.
12 people found this helpful

CDNYCReviewed in the United States on October 27, 2018
5.0 out of 5 stars
Teen Angst in the 90’s
Verified purchase
I was so happy when this show was released on DVD & also for streaming on Amazon FireTV. It was filmed in the 90’s when I was also in high school, and I very much related to the main character, Angela Chase.

This show was incredibly groundbreaking. Every issue isn’t resolved at the end of each episode, if ever, and so many topics are explored without being shoved down your throat or delivered in pretty packages. Each character has depth and aren’t like typical 2-dimensional sitcom characters. It’s real life!

Stellar cast and fantastic writing. I was fuming when the series was canceled, though I’ve grown to truly appreciate the full season as a series of stories that you can watch as a whole or broken up. I still often binge watch it when I long for the 90’s and great TV.
2 people found this helpful

Kindle CustomerReviewed in the United States on July 25, 2017
5.0 out of 5 stars
Gets better every time I watch it
Verified purchase
Gets better every time I watch it. But hey, Amazon, the summary you have listed for Episode One is not from "My So-Called Life" at all, it's from "Gary Unmarried". As soon as I read "Gary come to terms with the news of his ex-wife's engagement while navigating fatherhood and finding new love" I knew it referred to Gary Shepard, the one Melissa Steadman let get away on "Thirty-Something." (I don't get out much)
5 people found this helpful

Piper WickReviewed in the United States on May 2, 2016
5.0 out of 5 stars
A fresh concept that is still relevant twenty-two years on
Verified purchase
Though this 1990's cult classic only ran for one season, its a story of the trials of adolescence that is still fresh and undated in the modern age. While at first glance, one might assume it to be another generic show for teenagers, there is much to this unique program that gives it a heart and soul to its viewers, from the teenagers who watched it faithfully in 1994 to the newer and younger viewers who are watching this for the first time.

The show deals with a variety of issues, without sounding like a PSA. Even the episode So called Angels, which deals with depression, homelessness, and the death of a missing teenager and features the hotline for missing and exploited children right before the credits, comes off as heartbreakingly genuine and touching. The show discussed everything from body image and bullying to missing children, child abuse, religion, and bigotry and still managed to avoid cliches found in most other programs for teenagers. The thoughts of the adolescents of Liberty High could easily be picked up from one's own diary in high school and never once does the dialogue or plot line seem false or contrived.

Overall, My So Called Life is a hidden gem and a show that is greatly needed for the message it conveys.
6 people found this helpful

S.G.DReviewed in the United States on November 24, 2019
5.0 out of 5 stars
Happy I bought it
Verified purchase
This is always on and off streaming services and when nostalgia hits me, I want to watch. It was a reasonable price and now I can watch it whenever I feel like without worrying if it’s available and no dvd clutter.
3 people found this helpful

EscrevoReviewed in the United States on September 19, 2013
5.0 out of 5 stars
Missed it the first time around
Verified purchase
This is just such a great show and I missed it when it aired on ABC back in the mid-1990's. It's the high school version of "Felicity" with the ever-present angst and sexual frustrations. That being said, this is also a show about more in-depth topics. Alcohol and drug abuse, promiscuous sex, marital difficulties...this show has it all. I've sat through a marathon of these episodes and have re-watched a couple more. The only thing I can think of to complain about is that the show didn't continue. I would have liked to see what these wonderful characters got themselves into and out of as they progressed through high school.
2 people found this helpful
See all reviews
Back to top
Get to Know Us
Make Money with Us
Amazon Payment Products
Let Us Help You
EnglishChoose a language for shopping. United StatesChoose a country/region for shopping.
© 1996-2022, Amazon.com, Inc. or its affiliates