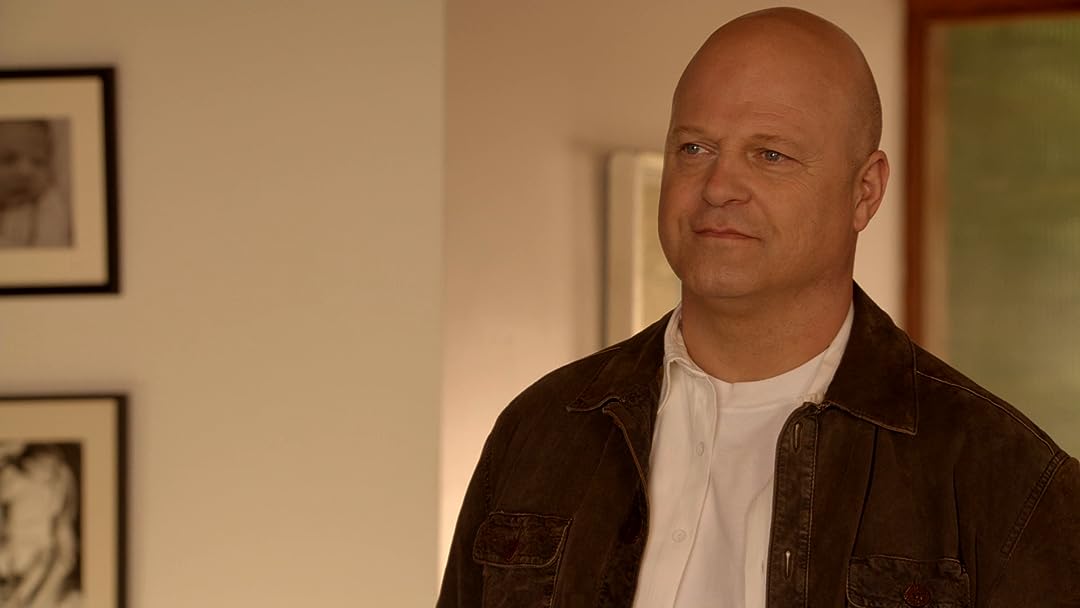 Season 1
(376)
6.92011X-RayNR
The Powell Family is about to go from ordinary to extraordinary in a single bound. When Jim (Michael Chiklis) and Stephanie Powell (Julie Benz) take their kids on a family trip to the Amazon, they get way more than they bargained for.

Marrick R. FrostReviewed in the United States on June 5, 2014
5.0 out of 5 stars
No Ordinary Family is unlike any other show, PERIOD!
Verified purchase
In most shows with super power enabled people, we have a kind of similar pattern. Mostly that they were already doing great things, and now are taking it to the next level, or that they are at rock bottom, and manage not just to save the city, but also to save themselves. Then there are shows like, "Heroes" which suffer from what I like to call, "Get a cell phone" syndrom, where everything would be worked out in five minutes, if everybody just called each other and was like, "What's up dude? What? Save some cheerleader, and save the world? I'm on it!!!"

Then there's this one...

Right from the start, this show focuses on a family of four, who as the father says, "Live under one roof, but in separate worlds." After the family gets back from surviving a plane crash, and gains super powers, they don't instantly grab costumes and take off.
Instead they have dinner and discuss things together. In each case, the family member's power works to strengthen the family as a whole. Most people think of superheroes as people who never get frightened or angry, but Jim Powell does just that. When his family is threatened on various episodes, it doesn't take more than a second and a half for the audience to get the adrenaline rush from knowing what's coming. "No one screws with my family!!!" That seems to be the catch phrase with this show. I personally love it when the beast dude comes and hunts down Jim's daughter and is about to kill her when her dad shows up. He litterally punts the jackass up into the air with his foot, and we never see him land. This show rocks the emotion train from begining to end, and I've now watched the whole thing about thirty times. Before ever buying this dvd set. Don't rent it, just buy it. I only wish it had lasted longer. This dvd set contains all twenty episodes, and even includes a blooper real. Garuanteed to impress!!!

NetReviewed in the United States on January 10, 2022
5.0 out of 5 stars
Great family series
Verified purchase
The only thing I didn’t like is that they only had one season. It was a great series. I honestly believe the reason it was canceled is because it had a strong family unit. And as we all know the networks hate anything to do with a strong family that loves each other and cares about each other.
One person found this helpful

A. RobinsonReviewed in the United States on October 30, 2014
5.0 out of 5 stars
What does it say when good shows can no longer stay on the air, but demoralizing crud gets season after season?
Verified purchase
Sure, they kill the good shows but the onslaught of demoralizing crap never ends. Way to go, "HellyWeird".

Now, about the show, "No Ordinary Family":

What do you get when you expertly mix the 3 'C's of TV entertainment...1 part clever, 1 part creative, and 1 part camp?

No Ordinary Family, of course! A great little show that should have hung around at least another season. Watching the characters develop, (quickly, I might add) the plot line progress, and challenges mount, I was drawn in quickly. Our own 'not so ordinary family' loves shows that support family values and encourage team work for the obvious good. Of course, idealized acts of selflessness for the simple good of others is less and less appreciated these days, it seems. This show excites the same nerve centers as shows such as "Eureka", "Alphas" and the like. The cliffhanger end to it's first and only season was a bit like lemon juice on a paper cut, as we knew of the series premature end going in. Our family thoroughly enjoyed this largely overlooked Gem. A series, like many others, cut down before it's prime.
One person found this helpful

MikesgalReviewed in the United States on February 23, 2014
5.0 out of 5 stars
Good show!!
Verified purchase
I didn't watch this when it was on TV , like many others I think because if I and others would have tuned in it might have
Made it longer than one season!! This family whom are all in their own worlds go on a work "vacation" and a plane crash follows which the family survive and are not only given a second chance but now have super powers as well!!
Their super powers bring them closer as a family, besides complicate their life's as well as bring on all kinds of dangerous. Situations!!

My granddaughters watched this and love it, ages 5 & 10, so it's a family series for sure, I wish it had lasted longer.
I know it's just a matter of time before another show with the same premise shows up, and then I will for sure watch it!
5 people found this helpful

Sky netReviewed in the United States on September 24, 2020
5.0 out of 5 stars
If you like super heroes, you'll love this.
Verified purchase
Loved the show when it was on television.
Love watching it over on DVD.
Dislike: Can't think of anything.
2 people found this helpful

HistilettoReviewed in the United States on December 30, 2012
5.0 out of 5 stars
A Disfunctioning Group To The Superpowered "Real" Family
Verified purchase
The premise is somewhat believeable in this age of hi-tech, which gave the "No Ordinary Family" a relatable familiarity. We'd all like to think that our family has been blessed with the greatness to thwart the activities of those who would mislead us into the dark side and/or towards personal harm, even unto death or worse. In the hour each segment was on, we experienced entertainment, intrigue, and subtle lessons on what it takes from each member to love and be a part of the family unit. Their superpowers may have energized some latent talents, but they still had to deal with the realities of life. I was looking forward to many more seasons of regaling and now I question the reasoning that caused its cancellation.
2 people found this helpful

VeronicaReviewed in the United States on February 1, 2016
5.0 out of 5 stars
Family drama with Superpower, the best one ever
Verified purchase
This is one of the few show that actually uses superpower very well with it's story line. The story and the casting are amazing. This show is not so much about superpower, but family and friendships. I would say that this show is the best show with superpower I have ever seen. The only complains I found were that they made last two epidodes little rushed. If they have given more chance, I'm sure that they could've made the end much better.
3 people found this helpful

mamaromeReviewed in the United States on July 16, 2021
5.0 out of 5 stars
no ordinary series
Verified purchase
again...cut to short
See all reviews
Back to top
Get to Know Us
Make Money with Us
Amazon Payment Products
Let Us Help You
EnglishChoose a language for shopping. United StatesChoose a country/region for shopping.
© 1996-2022, Amazon.com, Inc. or its affiliates