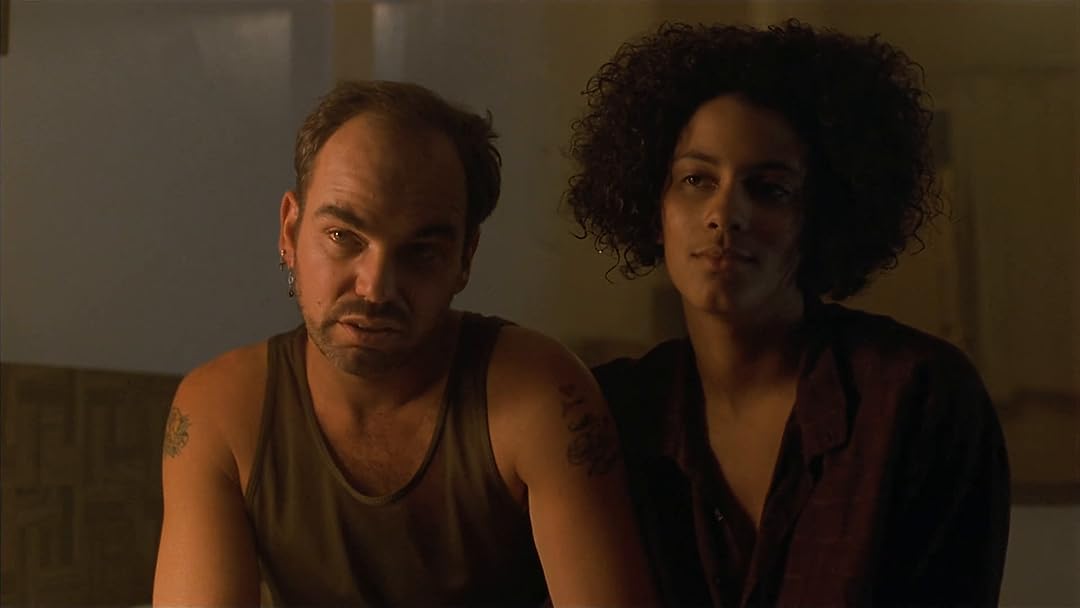 ArtFanReviewed in the United States on May 27, 2019
4.0 out of 5 stars
a good film noir
Verified purchase
A good solid film noir. Interestingly there is not a single protagonist in this film - every one of the main characters is rotten to the core. The two main male criminals are evil. The lady who accompanies them might have been ok in her youth - although this too is questionable - but she has definitely been corrupted thoroughly by the time the story starts. Even the Arkansas cop is immoral and rotten. The cops from L.A. are neither bad nor good, they are simply bystanders doing their job, but we don't know anything about them - they could go either way. Well directed with that sorta 80s film noir style.
3 people found this helpful

Jim DohertyReviewed in the United States on May 23, 2016
5.0 out of 5 stars
Low-Budget Crime Film Out-Performs Many Action Spectaculars with Much Higher Budgets
Verified purchase
Excellent, suspenseful crime film with top performances by Bill Paxton as a small-town cop in rural Arkansas who is suddenly thrust into the big time, Billy Bob Thornton and Michael Beach as viciously murderous drug dealers, and Cynda Williams as the lover of Thornton, a native of the small community where Paxton is the police chief, and someone who shares a guilty secret with Paxton. Former actor Carl Franklin directed the film and knows how to get top performances out of his cast.

ONE FALSE MOVE was filmed on a relatively small budget, but every cent spent is on the screen, and every cent on the screen was well-spent. This film is superior to many a mega-budgeted action extravaganza.

This low budget, award winning Indie film is a bitter and gritty crime thriller, not for the faint hearted. Originally meant to go direct to video, word of mouth convinced the producers to release it to theaters.
It was given two thumbs up by Siskel and Ebert, the former saying that it was his favorite movie of that year.
It involves a slow witted but good hearted southern sheriff (Paxton) of a small town, who's a bit too talky and a bit too slow witted for his own good. He gets in over his head tangling with on-the-lam, murderous drug dealing thugs escaping from Los Angeles and heading to his small, rural town of Star City, Arkansas, where they plan to hide out at friend's house.
The sheriff, known as "Hurricane" Dixon, is intent on proving his manhood when the big city cops arrive for the showdown to confront the fugitives who are relentlessly coming their way.
This film quickly becomes chilling, horrific and riveting.
The female drug dealer named Fantasia, a sultry fox of a black woman, has a terrible secret that complicates the entire situation in this southern crime tale.
If you like tense, psychotic, stomach clenching guy movies, try this. Beware profanity and violence
8 people found this helpful

Taken To The RhodesReviewed in the United States on September 1, 2020
4.0 out of 5 stars
How I Met My Future Ex Brother-in-lawee
Verified purchase
My toddler and I were visiting the rest of our family in Pacific Palisades (CA) all the way from Wash. State When My baby sister shocked me with the never before heard pronoumcement:'''qdidn't really carse. She loved him. But, I digress. She inrodu1ced me to get sweetheart on the BIG SCREEN of a theatre in Westwood Village. Not many others were in the audience, mainly because the show "At The Movies with Siskel & Ebert" , had breathed I e

Ruth GadilauskasReviewed in the United States on February 12, 2022
5.0 out of 5 stars
Violent, but well done
Verified purchase
Saw this film years ago when it first came out. Wanted to see if I still considered it as good. It contains some very ugly violence. The characters and the backstory are worth hanging in for. Still on my list of very memorable, unique movies.

Jim from SoCalReviewed in the United States on July 25, 2021
1.0 out of 5 stars
B movie with not enough camp to watch
Verified purchase
This movie has it all: bad acting, shallow characters, gratuitous violence, forced inane dialogue, and skill-less direction. Ended up skipping through just to see how it ends.

DeeHereHiThereReviewed in the United States on June 18, 2019
5.0 out of 5 stars
One False Move shows Paxton at his finest
Verified purchase
This definitely has the feel of a 90s movie and makes you feel like you're back in that time. Bill Paxton was a very underrated actor and it shows in places in this film. Worth the price to rent it from Amazon since it isn't available on prime yet. Really good.
One person found this helpful

QuintessentiallyYoursReviewed in the United States on July 10, 2021
5.0 out of 5 stars
Fantastic
Verified purchase
What a great modern day film noir ... fantastic characters and casting. A real surprise discovery.
See all reviews
Back to top
Get to Know Us
Make Money with Us
Amazon Payment Products
Let Us Help You
EnglishChoose a language for shopping. United StatesChoose a country/region for shopping.
© 1996-2022, Amazon.com, Inc. or its affiliates