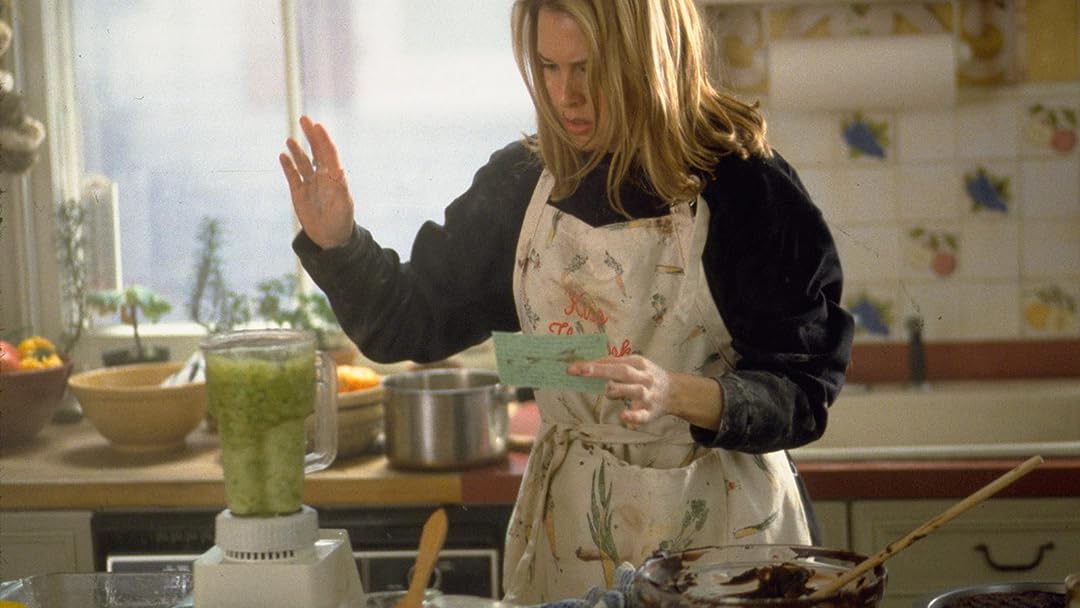 (887)
6.92 h 7 min1998X-RayR
When crisis confronts Katherine and George Gulden, they turn to their grown daughter, Ellen, for support.

CarrieIreneReviewed in the United States on May 7, 2021
4.0 out of 5 stars
Years later..
Verified purchase
I enjoyed the movie the first time around and today fro some reason it popped into my mind and there it was for rent at $3.99. It re-told a story I watched first in 1998 and lived thru 13 years ago as my own mother died from cancer. But one thing stuck with me tonight...... the ending. Someone at that stage of cancer who has wasted away to skin and bones there would NOT be an autopsy. And that bugged me but I guess they needed and angle to tell the story.
One person found this helpful

KATReviewed in the United States on November 19, 2012
2.0 out of 5 stars
Left me feeling unsettled
Verified purchase
I gather from some other reviewers that I should have read the book first, but now I have no desire to read the book after the movie left me feeling so unsatisfied. I guess I just didn't "get" this movie. What I got at the beginning was that Ellen loves her mother but is positive she never wants to become her mother. I definitely got that Ellen was justifiably enraged as she became aware of her father's transgressions against his marriage and his family, and his demands that Ellen move home and take care of not only her mother's needs but his as well. Meryl Streep was endearing as Ellen's dying mother and I felt admiration for how she expertly cares for everyone around her and makes it seem so effortless, and I get Ellen's frustration with trying to step in and do all the things her mother does when it feels so unnatural and unappreciated. ("I cooked the whole Thanksgiving dinner and no one even noticed!") But in the end, the mother passes away and nothing really seems resolved. Ellen will return to her life, perhaps wiser but probably with lingering bitterness. Her father will no doubt return to his same routine, feeling sadness at having lost his wife but in no way devastated by it, and though it seems that Ellen's anger toward him has dissipated at the end, I didn't feel like their differences were at all resolved. Also I would have liked to have seen a stronger bond develop between Ellen and her brother, but we don't even see him after the mother's death. And the whole question of who, if anyone, helped administer the overdose of morphine - I guess that was supposed to illustrate a final act of love and sacrifice from the woman who took care of everyone and everything - but to me it just seemed a pointless part of the story. The movie was not at all the poignant mother-daughter story that I thought it was going to be. Very disappointing.
8 people found this helpful

KcornReviewed in the United States on March 29, 2011
5.0 out of 5 stars
Full of surprises - if you haven't read the book - and why this is worth seeing even if you have
Verified purchase
Meryl Streep can command the screen in nearly any role and does so yet as as dying mother, Kate Gulden, who has put aside any passion for working outside the home in order to focus on her family. Her daughter, Ellen, is exactly the opposite, with all the ambition that she thinks her mother lacks. She is a rising star as a writer in New York and has questionable ethics, willing to do nearly anything to get ahead. She also has a reputation for being cold and unfeeling.

Ellen has never truly respected her mother but always adored her father, a college professor who seemed so much more heroic and larger than life than her mother. It is only when Ellen comes home, at her father George's insistence that she help take care of her mother that Ellen starts to see the family dynamics that eluded her all these years.

Rather than being a "simple housewife" Ellen begins to realize that her Kate Gulden is not only the heart of the home but perhaps the strongest one there. She is a major part of the community and doesn't just keep house but makes sure that those she loves are treated to warmth and love beyond what her father can provide. He is only able to be successful because she is there to watch his back. When Ellen tries to keep house like her mother she quickly becomes overwhelmed and understands that baking a meal or decorating a Christmas tree involves far more than going through the motions. These supposedly easy activities take true caring and commitment to others' happiness.

If you've read the book - as I have- perhaps you'll get additional pleasure from watching Streep and Zellweiger in their roles (William Hurt is also excellent). Some have called Zellweger stiff in her part but she is playing a woman who is shut off from her emotions and has a hard time facing harsh truths. Wouldn't such a woman be a bit restrained, apparently emotionless at times? She even turns away from her mother's pain until forced to confront it. In a way, only by taking care of her mother as she dies is Ellen able to evolve and soften, seeing how her mother is not as simple or restricted as Ellen always believed. Kate's life is indeed rich and complex - perhaps far more than Ellen's work and ambitions.

If you haven't read the book the ending may be a stunner. For that reason, I won't disclose anything about that. My favorite lines are:""It's so much easier to be happy. It's so much easier to choose to love the things that you have, instead of always yearning for what you're missing, or what it is that you're imagining you're missing. It is so much more peaceful." These lines make clear why Ellen's mother has chosen her path in life and I wish I could remember those lines every day of MY life rather than yearning for more.

I watch this film regularly and am always transformed by it.

RALPH PETERSReviewed in the United States on February 17, 1999
5.0 out of 5 stars
ONE OF 1998'S BEST
Verified purchase
ONE TRUE THING could be described as a more thoughtful and quiet TERMS OF ENDEARMENT in the sense that it addresses relationships between mothers and their adult daughters--but this time the dying process is reversed as Kate Gulden (Streep), beloved wife and homemaker of the June Cleaver/Martha Stewart variety, is suddenly stricken with cancer. Her adult daughter (Zellweger) is asked to come home to help her father deal with daily chores and, presumably, to prepare for the death vigil. On the surface, it sounds like the plot of a network movie, but the performances of Meryl Streep and Renee Zellweger raise the quality far beyond that. Streep, in particular, continues to amaze. After twenty years at the top of her game (and earning her 11th Oscar nomination for this role), she still finds the heart of every character and creates the nuances that complement them. This performance ranks with her best work in SOPHIE'S CHOICE and THE BRIDGES OF MADISON COUNTY. But Ms. Zellweger is no slouch either; though the character of Ellen Gulden is initially off-putting, this young actress has enough imagination to show us the evolution of a self-obsessed careerist (like her father, played incisively by William Hurt) to a mature and compassionate woman. As the overlooked son, Tom Everett Scott registers strongly, as he did in THAT THING YOU DO, with an emotionally poignant turn as Streep's alter-ego: a son with as much joy of life as his neglected mother. The movie also features a lovely, understated score by Cliff Eidelman and sensitive direction from Carl Franklin, who is a smashing success in every genre he attempts. Highly recommended.
6 people found this helpful

Adele MarshallReviewed in the United States on September 7, 2021
5.0 out of 5 stars
I love this movie
Verified purchase
I really love this movie. Meryl Streep is exceptional as a loving mother who enjoys her life and doesn't apologize for it even though her daughter thinks it's unimportant to be a housewife. She learns by taking care of her dying mother just how important it is to have a happy home and enjoy every minute you live even with things are not perfect. I love it!

C. CaseyReviewed in the United States on September 6, 2010
5.0 out of 5 stars
Can't Watch It Enough
Verified purchase
I have loved this movie since I first saw it, and now I show it in my classroom as part of a unit on realistic fiction. My students don't move, sneeze, cough -- I THINK they still breathe but can't be sure... You feel SO many different emotions through the film, right there with the characters. This film just grasps the reality of family life in a fabulous manner. It teaches that not everyone is perfect no matter WHAT you OR they think, that we can't judge people based on what we THINK we know (even about our own family), that you can, and it's okay to, love your family members in different ways, and that you never know how someone's life is until you wear their shoes (even those closest to you). Toss in the fact that someone is terminally ill and there's an emotional bomb dropped to guarantee you won't leave your seat. There is no small way to express how this movie makes you feel, but everyone I recommend it to says that they needed tissues and that it was "SUCH a good movie!" I watch this over and over and never get bored of it.
One person found this helpful

T. SoderReviewed in the United States on September 10, 2016
5.0 out of 5 stars
Wonderful story of family and passages - timeless!
Verified purchase
A wonderful story of family and passages, warts and all. At its core it is the story of a young woman who puts her life on hold to care for her mother, who is dying of cancer. This is a family story, yes, but especially one of a grown daughter coming to know her mother,,what she means to those around her, and herself. Made in 1998 and set a decade earlier, it is a story that holds up well over time, 
8 people found this helpful

CatmomReviewed in the United States on September 10, 2021
5.0 out of 5 stars
A Reckoning
Verified purchase
We don't often see family dramas as well crafted as this one. A lifetime of resentments felt by a young woman forced to take care of her cancer-stricken mother becomes an eye-opening rite of passage where not all is at it appears. Brilliant performances.
See all reviews
Back to top
Get to Know Us
Make Money with Us
Amazon Payment Products
Let Us Help You
EnglishChoose a language for shopping. United StatesChoose a country/region for shopping.
© 1996-2022, Amazon.com, Inc. or its affiliates