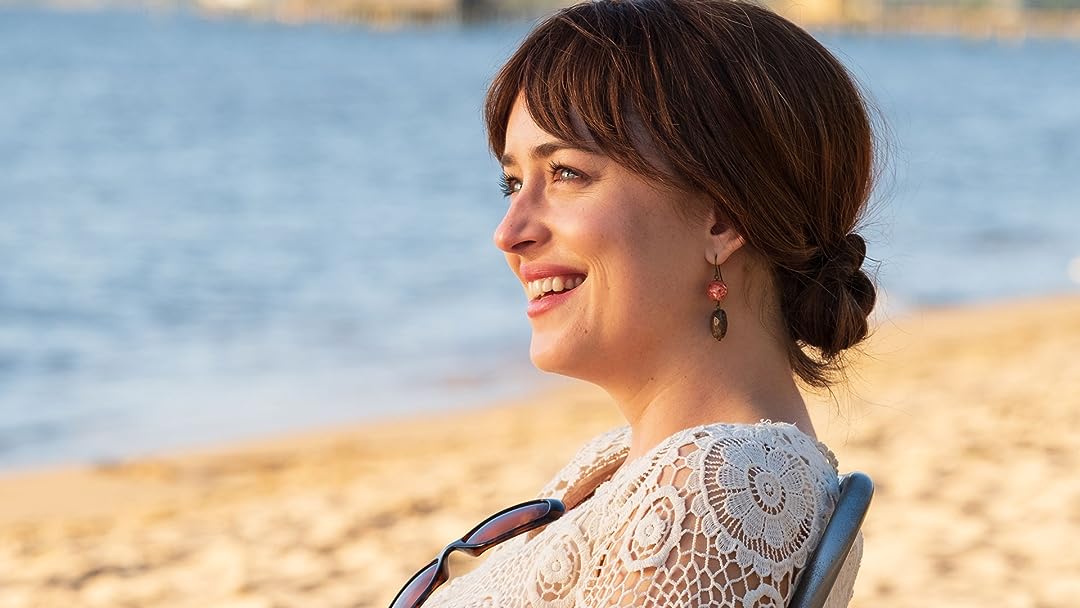 (6,302)7.32 h 6 min2021X-RayR
After Nicole and Matthew receive life-altering news, the couple finds unexpected support from their friend, Dane, who puts his own life on hold to move into their family home.

How are ratings calculated?

Amazon CustomerReviewed in the United States on January 22, 2021
5.0 out of 5 stars
Heartbreaking
Verified purchase
They all gave heartbreaking, gut wrenching performances, especially Dakota. It’s a beautiful story about life and death and friendship, and it will haunt you hours after you’ve finished watching it. Make sure your tissues are handy.
77 people found this helpful
Report abuse

missmuseReviewed in the United States on January 23, 2021
5.0 out of 5 stars
real, raw, and sad as hell
Verified purchase
five stars because it’s real and raw, and based on a true story. google “the friend” essay and read that, too, because that’s what this movie is based on. the essay is beautiful, too.
47 people found this helpful
Report abuse

Danielle BReviewed in the United States on January 23, 2021
5.0 out of 5 stars
Thank you for sharing your journey.
Verified purchase
Anyone who ever had to endure the loss of a loved one to cancer will completely relate to this movie. This was such an emotional 2hr journey. I’ve never written a review yet I felt compelled to after watching. Such a beauty, love and friendship during the most difficult of times.
46 people found this helpful
Report abuse

ZackReviewed in the United States on January 23, 2021
2.0 out of 5 stars
Don't read the essay before watching the movie.
Verified purchase
If you've ever lost someone to cancer, don't watch this movie as it does not properly capture the struggle or the ugly reality the way that Matthew Teague's essay did. If you relate to this movie at all, it's not for you. I had the honor and misfortune of living this film, in the role of Dane, when my mother was diagnosed with cervical cancer (around the same time that this movie takes place in fact) I paused my life to take care of her and it is an ugly experience.

The last half our of this film is incredible, it's exactly what I expected from it and exactly what I was hoping for, but the first hour and a half is the same feel-good drivel that supposedly inspired Mr. Teague to write his essay in the first place. His story however, was completely sanitized for the general public, if you have any connection with the story at all, skip this one, it'll just make you angry.

As a final note, if you haven't read the incredible essay that Mr. Teague published in Esquire magazine in (I believe) 2015 and intend to watch this film, watch the film first, and then read the essay. The essay is a most more honest retrospective of the struggle of a terminal diagnoses as well as the battle with cancer.

BrianReviewed in the United States on January 24, 2021
1.0 out of 5 stars
Such a disappointment
Verified purchase
I get what it was trying to do, but very ineffective and I found the directors shots to not serve the story. She cuts away at the weirdest moments, and it’s all rather repetitive. A story about death can be so redemptive, but this is just someone dying for two hours. The flashbacks are so distracting and didn’t really serve the story. Never really giving the actors a chance to fully show what they can do, Except Dakota Johnson who I thought was terrible. I didn’t believe her one second until the very end when she was laying there with her eyes closed, which isn’t saying much. She never shifted from vibrant alive woman to a sick woman, I mean maybe a TINY bit, but that really spoiled the movie for me. I found this movie very disappointing and a waste of my $20.
21 people found this helpful
Report abuse

Amazon CustomerReviewed in the United States on January 21, 2021
5.0 out of 5 stars
You'll laugh and cry but most importantly you'll remember
Verified purchase
I'm excited to see this film for a second time. I was lucky enough to see it at the Toronto Film Festival in 2019---seems like a lifetime ago. My guess is that the film's release would have been last year but for Covid, but I hope it can still qualify for awards---any of the three leads deserves an award as does the director. The film stayed with me for a long time and in this crazy world right now it's a good break that I'm looking forward to waching with my wife...toi be sure bring your kleenex --- but reminds me that friendship and love is always going to be most important.
19 people found this helpful
Report abuse

PhilipReviewed in the United States on January 23, 2021
5.0 out of 5 stars
Well made movie
Verified purchase
Great acting. Great location for story.
15 people found this helpful
Report abuse
See all reviews
Back to top
Get to Know Us
Make Money with Us
Amazon Payment Products
Let Us Help You
EnglishChoose a language for shopping. United StatesChoose a country/region for shopping.
© 1996-2021, Amazon.com, Inc. or its affiliates