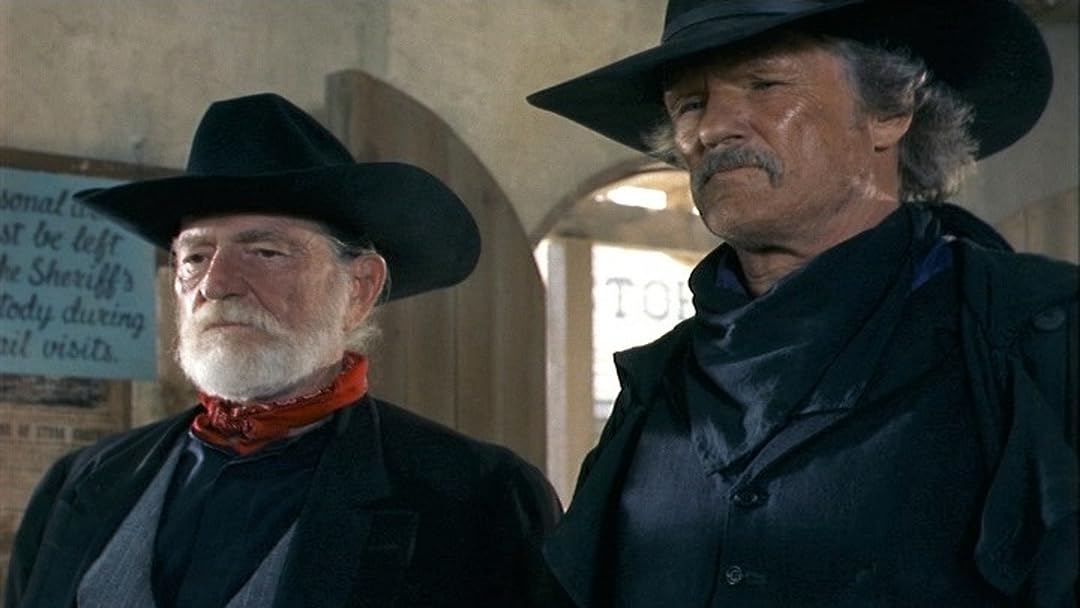 (170)
5.61 h 31 min1999X-RayR
Starring Kris Kristofferson and Willie Nelson. Two aging gunfighters re-form their old gang to avenge the murder of one of the former members.

Studio
Once Upon A Time Films, Ltd.

MicroReviewed in the United States on November 14, 2021
5.0 out of 5 stars
outstanding
Verified purchase
love all the stars that have entertained me for my life these guys are the best Willy, Chris Whalin ,Travis, these are Real country talent they can do anything they are top shelf in my book. its a shame that Hollywood does not celebrate them as they should be. Thanks guys for the many years you have given me enjoyment of your music and your outstanding talents.
if any of you are ever in Rhode island look me up i would be honored to have you
Bob from Rhode Island

the sound barrierReviewed in the United States on October 26, 2021
2.0 out of 5 stars
Bill Corcoran
Verified purchase
Remind me not to watch another Bill Corcoran produced TV movie, even if I respect the actors. I am afraid to give this movie one star (or zero) review. Amazon does not take a cotton to my negative reviews
One person found this helpful

Richard GeraceReviewed in the United States on February 27, 2022
3.0 out of 5 stars
Fun for a while, but then....
Verified purchase
I thought it would be fun to watch the old guys goof on classic western themes, and it was. For a while. After about 30 minutes I realized I was watching a one-trick pony. And a slow pony at that. I'm saying to myself, "C'mon Kris, c'mon Willie, is that all you've got?!" I'd give it 2.5 stars if I could.

Jane BlevinsReviewed in the United States on May 31, 2014
5.0 out of 5 stars
Good Movie
Verified purchase
This film deserves recognition. My youth's association with country music gave way to what has been referred to as "Classic Rock" for too many years. Funny thing about age, it has a sneaky way of taking you back to your roots. I have grown a real appreciation for Waylon Jennings voice, it has this strong range of depth with a character of wildness, (I was so ugly the doctor slapped my mama when I was born, then he took out his pocket knife and cut off my horns), then turn tender (Where would I be without you), but always a commanding presence. The same is evident in this film, even though his appearance is a cameo, the story is his and his voice is perfect for narration. There is a richness against prior films in Willie and Kris' characters, again aging has it's advantages. Not to leave out Travis Tritt's, this is a film worth the watch.
6 people found this helpful

nick a pigatiReviewed in the United States on December 23, 2021
2.0 out of 5 stars
Great singers but acting not as fine.
Verified purchase
Story was not well thought out.
Not a good western by me.
Willie and Kris were always fun to see.

tharzillReviewed in the United States on October 14, 2021
5.0 out of 5 stars
A Good Movie To Watch
Verified purchase
When you add this cast with a decent story it winds up being a good film to watch!
One person found this helpful

GREG GUITARS LLCReviewed in the United States on October 7, 2021
3.0 out of 5 stars
Mechanical
Verified purchase
Mechanical, like the director was reading a book at the same time.

The actors delivered lines.. almost feeling out of context.

At the end of the day just felt Mechanical!
See all reviews
Back to top
Get to Know Us
Make Money with Us
Amazon Payment Products
Let Us Help You
EnglishChoose a language for shopping. United StatesChoose a country/region for shopping.
© 1996-2022, Amazon.com, Inc. or its affiliates