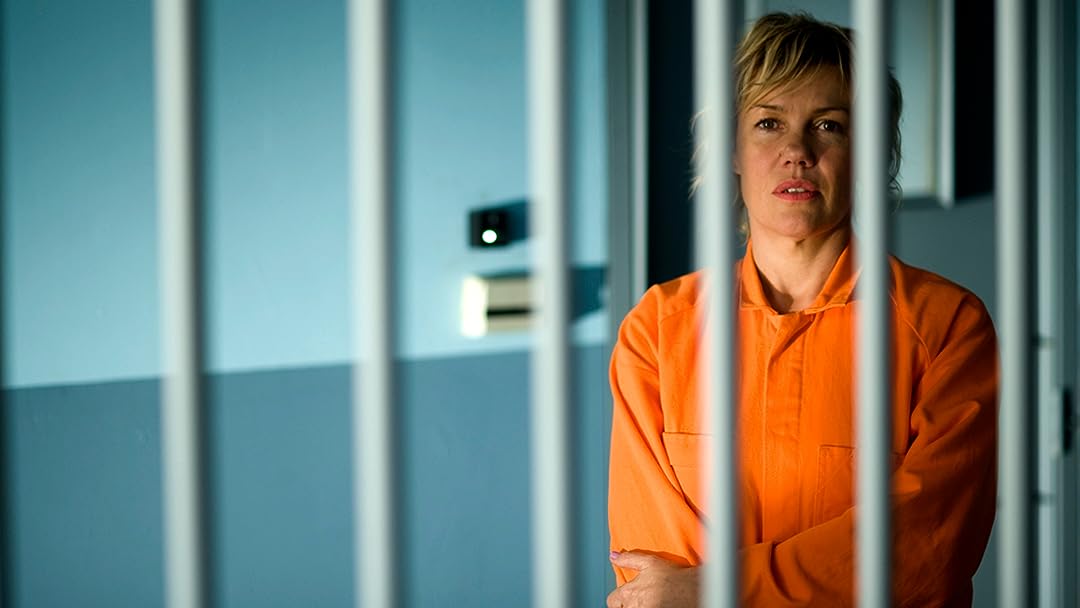 (14)
201018+
This crime-laced comedy-drama follows the Wests, a trashy family of career criminals, as they attempt to clean up their act and live life on the straight and narrow.

WendyoReviewed in the United States on March 20, 2019
5.0 out of 5 stars
A great watch, entertaining and hilarious
This is a series about the Wests, a family living in New Zealand who are rather loveable despite their shady propensity for robbery, theft, fraud, and general con-artistry.
I loved this show, it's too bad there weren't more seasons. It was hilarious, well written, and had phenomenal acting. I was especially impressed by the acting skills of Anthony Starr who plays both roles of Jethro West and Van West who are identical twins but have totally different personalities and mannerisms (due to Van being accidentally locked inside a freezer as a young boy and suffered from a bit of oxygen deprivation to the brain haha) I found his ability to play both characters brilliant and very entertaining. All of the actors do such believable jobs playing their characters that I ended up seriously being annoyed at the humorously annoying and rather disgusting ones (Aaron, Eric, Ted, Kasey), loving the heroes / heroines, (mostly Judd and Cheryl but surprisingly sometimes even Pascalle, Van and Munter),crushing on the dreamy bad boys (Wolf, Nicky) and absolutely wondering why the hell someone doesn't just smother Loretta in her sleep or at least throat punching the evil psychopath LoL
This was a great series that I thoroughly enjoyed watching but not in the company of my family haha. I wouldn't recommend watching it if you are super offended by adult content - there is nudity and the F- bomb is dropped more than a few times. But if you are a seasoned R-rated viewer I would definitely recommend it.

honey badging wolverineReviewed in the United States on April 15, 2019
3.0 out of 5 stars
sex, cigarettes, sex, alcohol,sex
is this what goes on in New Zealand? Why is everyone having sex every other screen shot? Girls put your girls away-must they be on display every moment? Actually, everyone could jump in bed together--they basically slept with each other-
Cheryl, so gross of you smoking every second--Pascalle-you are not cute--and got on my nerves throughout--Loretta, Wolf, Nairi [not sure of spelling] and Jethro are the best...Van-annoying as hell---his gang less than tolerable...Granpa disgusting incestuous statements and actions--yuk...right along with the other pervs----Wayne--I never liked you---Kasey, you over acted-shame you had to have your girls out and be in sexual positions and basically obnoxious===all around the world alabaster folks believe they are better than everyone else---calling folks Brown in a negative way as if it is a bad thing----oh yeah the scene relating to JESUS---well he actually is BLACK.....not white..... sad New Zeleanders speak of being brown as a bad thing----barbarians invaded, conquered everywhere--with their nasty selves-----same in Australia---dang shame.....was this soft porn starring washed up porno actors? story line would have been great if it was not surrounded with the other mess....sex every minute, alcohol every minute, cigarettes and weed every dang minute
One person found this helpful

OzarkButterflyReviewed in the United States on January 31, 2019
4.0 out of 5 stars
Outrageous Crazy Family!!
Just completed watching all 6 seasons of Outrageous Fortune. Good writing and acting and addictive watching the West family... LOL! Now I just found the prequel "Westside" and have begun watching it. Wish that they'd resurrect Outrageous Fortune with more seasons. Would like to know what happened to the West's after Cheryl got out of prison and what the family nuts are up to now. Hahaha
4 people found this helpful

jesReviewed in the United States on March 15, 2019
5.0 out of 5 stars
Excellent series!!!!
Just finished the series and thought it was fantastic!!!! The characters and actors are great. It is such a great combination of real life situations with humor throughout. I hope there will be a season 7!!!! It is truly binge worthy.
3 people found this helpful

MichaelReviewed in the United States on February 17, 2019
5.0 out of 5 stars
WOW!!!
What a fantastic show, best I have seen yet and this is coming from a grown man who truly enjoyed watching these boys hang the way they did. I hope there are plans for many more seasons. Great job
2 people found this helpful

Odessa PickettReviewed in the United States on January 3, 2019
5.0 out of 5 stars
Best Writing Roller Coaster Drama!
This show was a roller coaster ride of drama and surprises. I loved it! Real life family style episodes that reveal lies, deceit, secrets, backstabbing, racism, and hurt. Great writing, great actors, and a perfect ending to the series.
One person found this helpful

Kindle CustomerReviewed in the United States on May 2, 2020
5.0 out of 5 stars
outrageous fortune and westside
This is the best show. But we need accurate subtitles. The people doing the subtitles are off about 30%of the time. Let's get some new Zealand people to do the subtitles. The subtitles are off alot. And they need to change this. Also lets get the new seasons of westside on here too. We love this series and noone wants to quit it. Do good by the us the viewers. We are loyal and will continue to watch.
One person found this helpful
See all reviews
Back to top
Get to Know Us
Make Money with Us
Amazon Payment Products
Let Us Help You
EnglishChoose a language for shopping. United StatesChoose a country/region for shopping.
© 1996-2022, Amazon.com, Inc. or its affiliates