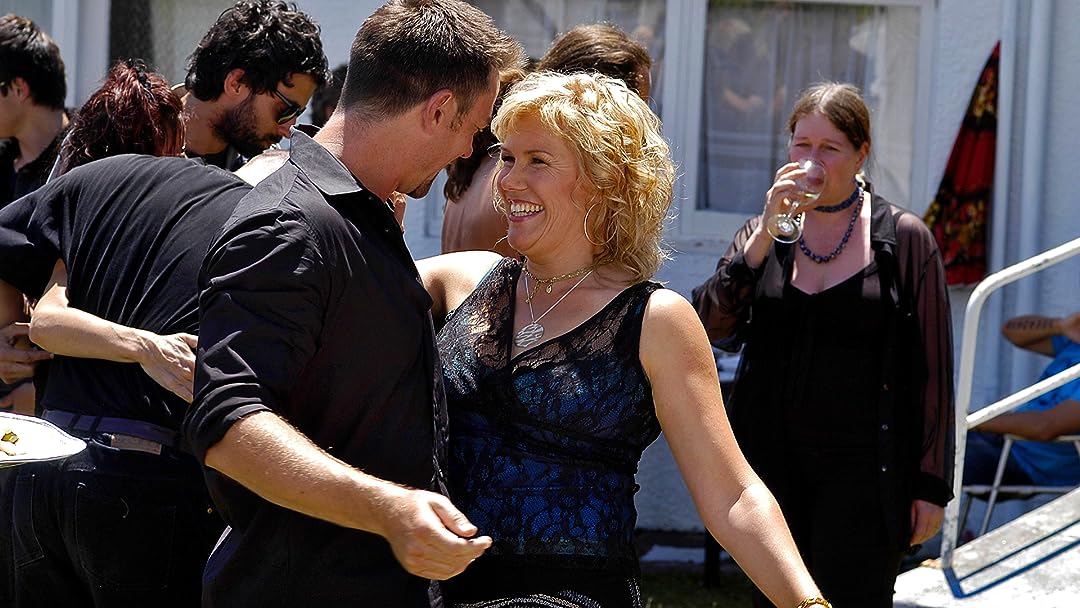 (5)
200618+
This crime-laced comedy-drama follows the Wests, a trashy family of career criminals, as they attempt to clean up their act and live life on the straight and narrow.

Christopher L. CarneyReviewed in the United States on April 18, 2019
3.0 out of 5 stars
I wanted to like it, but...
I almost made it to the end of season 2, but gave up. I watched Westside first and loved that. So I was excited to learn that a prequel existed. It was a let down, though.

I don't know if it gets better after season 2, but there isn't a single believable character in the show - or plot line for that matter. The main character (not the actress, but the character) is straight up annoying. I found myself cheering against her. The chemistry between Cheryl and Wayne? Ugh. Did anyone really buy into that? The twin brothers, more specifically Van, was just too much. Pascalle was a good contrast to Loretta, but was written as too silly a caricature.

The most redeeming qualities about the show were Antonia Prebble and Grant Bowler.
One person found this helpful

Eric JReviewed in the United States on June 10, 2021
5.0 out of 5 stars
Great Dramady
It's funny and a bit stupid. Kind of a NZ version of Shameless or vice versa. The bone brain who commented that this is the prequel to Westside is a numb nut. Westside is actually the prequel to OF. AND OF is so much more funny and engaging IMO.

Zab RahReviewed in the United States on June 8, 2019
5.0 out of 5 stars
All Time favorite show
If there ever was a show that pushed the envelope of family drama, this is it. When you think of the most F-Up outcome, they do it. No sugarcoating. Excellent supporting cast, SPARKY!!!!!!. Show gets better until the peak of season 4...5 and 6 are good too. they ended the series at the right time.

Lark RayburnReviewed in the United States on May 3, 2019
5.0 out of 5 stars
Gets better with each season
We were very surprised at how much we really enjoyed and got into this show. Absolutely recommend.

Ron BakerReviewed in the United States on December 14, 2018
4.0 out of 5 stars
Fast Times in West Auckland
My favorite dysfunctional Aussies! The girls are ruthless, the boys are clueless, parents are hopeless, the grandfather is senseless and the friends are recidivist!
See all reviews
Back to top
Get to Know Us
Make Money with Us
Amazon Payment Products
Let Us Help You
EnglishChoose a language for shopping. United StatesChoose a country/region for shopping.
© 1996-2022, Amazon.com, Inc. or its affiliates