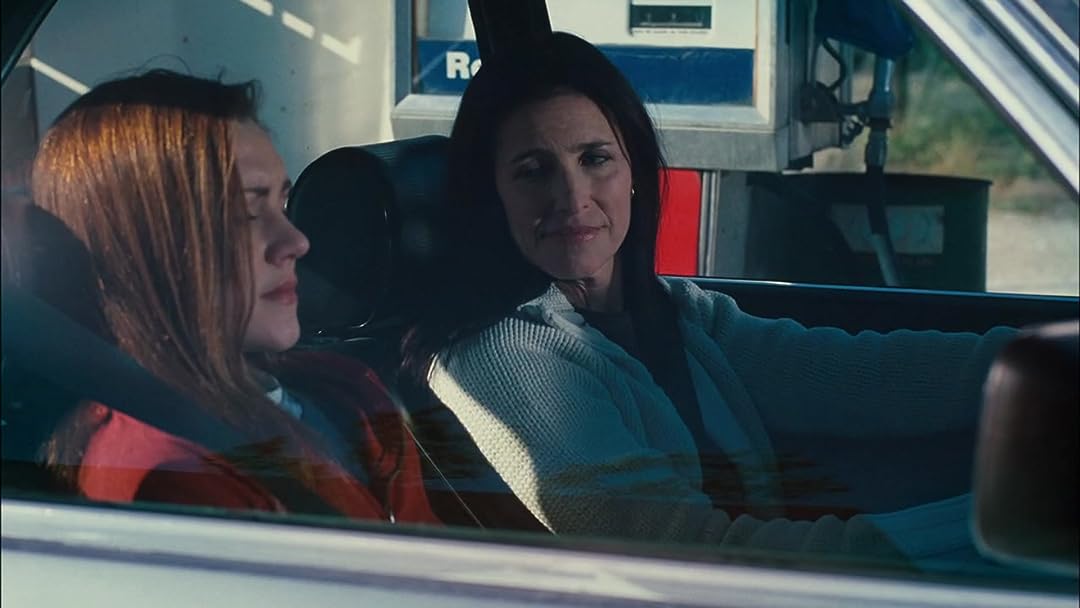 (232)
1 h 32 min2007R
Young Penny goes on a retreat with her psychologist to overcome her phobia of cars but finds herself in a nightmarish situation where her worst fears come true.

R. A. MccormickReviewed in the United States on May 29, 2019
2.0 out of 5 stars
BORING and ANNOYING!
Verified purchase
What can I say... spoiler alert.... Girl is traumatized as a younger person in a car accident, girl goes with physiologist / friend on a road trip where girl throws up and complains allot. Horrible man comes into the picture and kills everyone, girl escapes even more damaged than before the trip... the end... except one thing... it didn't need to be as long as it was. It was so ridiculous. I started playing a game on my phone to pass the time and eventually just started fast forwarding the flick till the end. The acting itself wasn't bad truthfully but what these actors had to work with was just not good.
15 people found this helpful

Denise H.Reviewed in the United States on March 23, 2020
1.0 out of 5 stars
Dreadful is Right...It Sure Was
Verified purchase
Omg this was the most booooring movie ever made. 80% is girl sitting in car taking NotXanax and sleeping/hallucinating/having nightmares. First, if u have anti anxiety meds, why for the love of gawd are you breathing into a paper bag?! Take a pill(or twenty of whatever these things are) and chill. Everything about this movie annoyed me. What shrink takes a patient out irl? And takes her to a place high in the mountains where you know 3 feet of snow are going to fall, and cell phones don’t work. And what moron drives on a flat tire until it’s toast...like literally tire vapors are all that’s left. Frankly my patience was gone by the point of girl taking handful of pills and wakes up with the car mysteriously wedged between trees that are exactly placed to the exact specs of a BMW. Girl continues taking pills, sleeping, hallucinating and waking long enough to make really bad life choices. I fast forwarded through a lot...like I let it run for what seemed ages, and when I started playing it again, she was *still* in the same position! When the genius decided to “push”:the car away from the trees using a foot stuck out the window, I nearly turned it off...Not only did a psycho move a heavy luxury automobile to a location where the trees exactly fit and pin it in perfectly, but did it with one wheel entirely missing.
The hitchhiker they picked up was another irritating point. I’m not going to play The Crying Game to correctly gender the drifter...that whole thing was so nonsensical, but plays a big part in why all the other things fail. Oh and Mimi Rogers will be seen moving her eyes repeatedly...watch for it...def not her finest acting.
Honestly just go play a video game or watch something else, bc this is awful. I see they got the name bc it musta cost a penny to make and it’s totally dreadful.

Geoffrey F. ArnoldReviewed in the United States on July 11, 2021
2.0 out of 5 stars
Could it drag on any longer?
Verified purchase
Okay, once again, the premise is pretty good...but the execution is simply dreadful (you see what I did there?), and not in a good way.

Once - spoiler alert - they are out there, on a dirt road, alone, having dropped off a hitchhiker at a closed camp...you get the setup?... the "fun" begins. Except it isn't fun.

The ending is not a surprise, as someone commented. The "thrills" aren't. One of the best eight? Not even in the running for best 100...

Girl, terrorized in the night, alone. Sound familiar? Yeah, because it is. She is tormented throughout the loooooong night that never seems to end...by the evil person, the hitchhiker of course, who just wants to play, and play....with periods of nothing in between.

Mimi Rogers must have seen this as easy money. She's dead for most of the film. Her early speaking part while alive was well done, as she is a capable actor...so why she chose this was purely for the money because I can't really think of any other reason to do a film where you are dead for half of it, just sitting in the car. Dead.

Everyone else in the film is pretty much checking off the boxes because their characters aren't particularly fleshed out at all. They are barely two dimensional to begin with. They serve their purpose...and then die.

We hoped beyond hope for a real ending. But got the typical, "he ain't done yet" fade out to credits.

Yeah, that's about the only real plus we can think of right now.

TReviewed in the United States on March 25, 2021
2.0 out of 5 stars
Not very good
Verified purchase
I was trying to decide if this is in the "so bad it's good" category, but it is not.

I don't believe this has even remotely anything to do with the Penny Dreadful TV series. I don't see how it could. But this movie apparently cam out well before that series.

This is a super cheesy film that's most reminiscent of old 1980s slasher films (think of 'Friday the 13th' films). I suppose it's sort of a "throwback" to those. The acting isn't too bad for what it is, but that's not enough to make this a decent film. I'd skip this one.
2 people found this helpful

James E. AddisonReviewed in the United States on July 10, 2021
1.0 out of 5 stars
1.5 stars
Verified purchase
HEY PRIME. PLEASE MAKE SEEING YOUR PREVIEWS AN OPTION SETTING SO I CAN STOP THEM FOREVER!
1 stars: Couldn't watch more than 15 minutes. Unwatchable, or language not as described.
1.5 stars: Just started it, and fast forwarded to the end to get if off my, "movies we think you'll like", list permanently.
2 stars: Jumped my way to the end for the ending. Unwatchable, but interested in how this turd ended.
2.5 stars: I fell asleep, or closed my eyes for most of it.
3 stars: Watched it all, but not happy about it. Nothing better to do.
4 stars: I watched it, liked it well enough. Would never watch it again.
5 stars: Great moving picture show! I'll watch it again, and maybe again in a few years.

keitha grahamReviewed in the United States on February 21, 2019
5.0 out of 5 stars
Good movie this is my second copy actually!
Verified purchase
Penny Deadful is out of the 8 films to die for collection that's put out yearly. This is a story about Penny being scared of being in a car because of a car accident that killed her parent. Her therapist put her in a car they take a "trip" hit a pot hole get a flat tire. The therapist has to walk for help leaving terrified Penny in the car by herself & all h**l breaks loose. Will Pennake it our alive?!
3 people found this helpful

CMCReviewed in the United States on August 20, 2016
4.0 out of 5 stars
The Ending Will BlowYour Mind!
Verified purchase
Penny Dreadful is one of the After Dark Horror Fest films from 2006. We love these collection, we have several. It is labeled a horror film but could be called a psychological thriller as well, The story tells of Penny, a young woman who is troubled by mental issues stemming from a traumatic car accident that killed her parents when she was a child. Accompanied by her therapist on a road trip, she is terrorized by a hitchhiking maniac. She is tortured and tormented throughout the movie. It has an ending that you will not believe!
We purchased a used copy and it was delivered exactly when they said it would be. You could not have had better quality and the price was unbelievably low! [[ASIN:B000MEYKE6 Penny Dreadful (After Dark Horrorfest)]]
4 people found this helpful

Rockin' RitaReviewed in the United States on June 30, 2021
3.0 out of 5 stars
Above average chills
Verified purchase
An okay slasher movie with a mostly sympathetic protagonist who suffers from fear of cars or driving in cars, not clear on this. Did not suspend my disbelief or tug on my heart strings when the best way out of the protagonist's plight was to kick the car windshield out and run. Too much hand banging on car windows and pathetic help me moaning for me to relate to the subject of the story and her plight. Not one of the best horror films, but will do in a pinch.
See all reviews
Back to top
Get to Know Us
Make Money with Us
Amazon Payment Products
Let Us Help You
EnglishChoose a language for shopping. United StatesChoose a country/region for shopping.
© 1996-2021, Amazon.com, Inc. or its affiliates