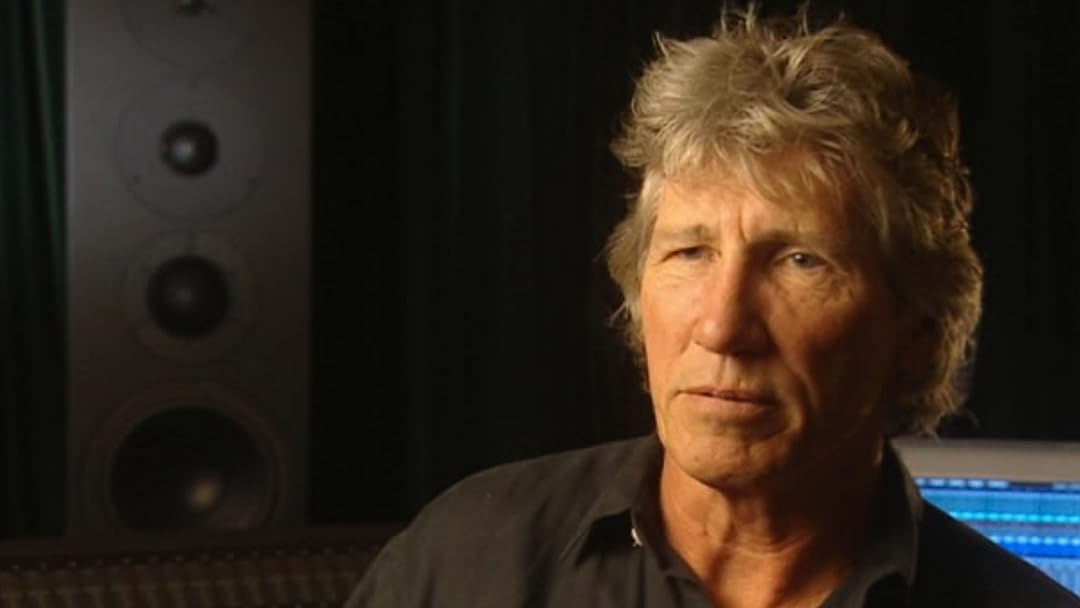 (127)
8.449min200316+
A detailed look at the production of the biggest album in the history of progressive rock and one of the best-selling albums of all time.

Ian D.Reviewed in the United States on March 16, 2020
5.0 out of 5 stars
Wonderful.
Verified purchase
This is a fine documentary about one of the most brilliant, inspired, and influential albums ever made. If you have any appreciation of Pink Floyd (and maybe if you don't) you would do well to see this. Includes input from all four members of the band plus numerous others who know what they're talking about. Just excellent.
20 people found this helpful

Brother PunchReviewed in the United States on August 28, 2020
5.0 out of 5 stars
Original work on an original work
Verified purchase
Freaking amazing documentary. It was shot long enough after the break-out success (into a level of stardom no other band would match) to allow perspective, but soon enough that the band mates were a) alive, and b) on speaking terms, and c) could still play and sing as well as ever - while wearing an oxford clothe shirt and hunter green sweater!
That's the amazing thing: live, solo, generally acoustic performances of the songs by their creator and original performer. Amazing!
11 people found this helpful

AnnieReviewed in the United States on August 23, 2020
5.0 out of 5 stars
Fascinating and fantastic.
Verified purchase
This has been my favorite album of all time for decades. The studio sessions with producer Alan Parsons were amazing, listening to the multitrack masters and his mixing notes. Loved the interviews, backstories of the songs, and FINALLY getting to hear the all the spoken words (and who was speaking!) sprinkled throughout the album. I'll probably end up watching this multiple times over the years. If you're a Floyd fan, this is definitely worth your time.
8 people found this helpful

Beeker318Reviewed in the United States on September 18, 2020
5.0 out of 5 stars
Awesome Show!
Verified purchase
This is one of the best Classic Album shows I've seen. Some of these documentary type shows are little more than the ramblings of media personalities with little actual music or footage. Not this one! All four band members appear and provide commentary, they also play. Lot's of clips from tours and information about the making of the album, including many scenes with Alan Parsons (the album engineer) isolating distinct tracks of the album recording on a studio board. Give's some real insight into the process of a great album.
7 people found this helpful

Amazon Prime CustomerReviewed in the United States on September 12, 2020
5.0 out of 5 stars
The music of Pink Floyd - The Dark Side Of The Moon is Timeless
Verified purchase
As someone who came of age during the 70s, it was a special treat to see and hear the band members tell the story of how the music on the album was developed. I say that because for me hearing their music again is always an enjoyable experience. The added benefit of seeing and hearing directly the Pink Floyd band members and also play a few of their songs with some commentary was special for me.

For me, their music and lyrics have become timeless and Pink Floyd - The Dark Side Of The Moon has become one of my all-time favorite albums and band. This development of the music was innovative at the this time also when the band was going commercial but, wanting to retain their unique and innovative musical style. But, even if you feel differently, this is a well-made documentary told by the people who were part of creating it.

Amazon CustomerReviewed in the United States on October 11, 2020
5.0 out of 5 stars
I nearly Cried. What kind of documentary about an album makes a man cry?
Verified purchase
This one....as they were discussing the recording of the vocal track for "Great Gig in the Sky" it was playing as well and...I'm Sorry....but the POWER in the singers VOICE is PALPABLE and Potent!....
It's this kind of pleasant. unexpected experience that endears this film to my heart.

Yes I am a Pink Floyd fan and have loved the band since I discovered it....and even the Alan Parsons connection is emotional for me.... But that is only part of the reason I love this film. The rest of the reason is for me to know....and you to find out.

I DblDogDareYaReviewed in the United States on November 21, 2019
5.0 out of 5 stars
More reflective as it runs
Verified purchase
As I watched them describe (before the days of computers) how they built the clock sequence with a que mark on the tape and adding one audio tape of a clock after another. I was reminded of my own experience editing my first film in super8 and using a burnt frame to mark the start that I could replicate over and over on the projector, and used a small reel to reel tape recorder of just after the alarms on Money just after the last gong to time my edits to that music... a very nostalgic memory I had long ago forgotten.
5 people found this helpful

Mario AlbornozReviewed in the United States on September 29, 2021
5.0 out of 5 stars
Great documentary. Great music.
Verified purchase
I must say that my enjoyment of Pink Floyd's music grew over time. The more and more I listened to them, the more I began to understand what made them great. Their overall sound is like no other and I truly enjoy the individual components as well - especially David Gilmour's amazing guitar prowess.
This documentary gave us a great insight as to how The Dark Side of the Moon came to be and if you like good music then you will definitely enjoy it.
Cheers mates!
2 people found this helpful
See all reviews
Back to top
Get to Know Us
Make Money with Us
Amazon Payment Products
Let Us Help You
EnglishChoose a language for shopping. United StatesChoose a country/region for shopping.
© 1996-2021, Amazon.com, Inc. or its affiliates