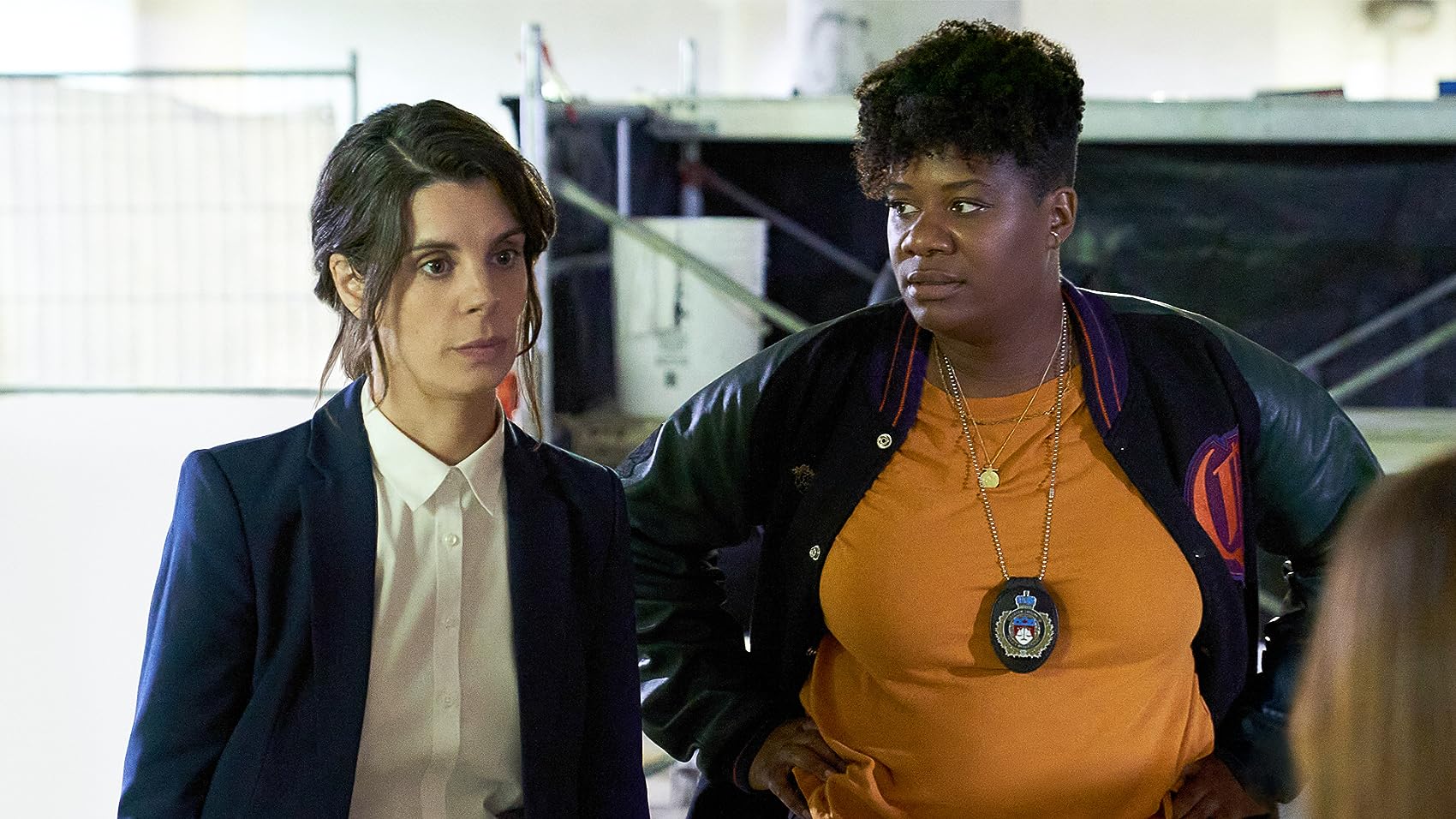 Season 1
(97)6.12021X-Ray16+
"Pretty Hard Cases" follows Guns and Gangs detective Sam and Drug Squad detective Kelly. By day, they are heroes in their particular way: skilled, tough, determined, and entertaining, fighting to do good in a broken system.

Jane DoughReviewed in the United States on September 19, 2021
5.0 out of 5 stars
Great show - A Canadian 'The Heat" A+
A Canadian take on "The Heat" with Meredith MacNeill as Sam, the uptight Sandra Bullock character (she even looks like her in a certain light) who butts heads with Adrienne Moore, the Melissa McCarthy-type full-figured renegade, Kelly. Super nerd Sam and bad ass Kelly get on each others nerves, but they're both trying to navigate difficult relationships with their families, fellow officers and each other, learning the delicate balance between trusting too much and trusting too little.

While Sam Wazowski's character is laid out early on as the divorced single mom trying to be friends with everyone (even her kid,) Kelly Duff's backstory is slow to unfold and we learn more about her in each new episode, revealing how the people in her life have helped create her defensive shell. Having just come out of a long term undercover op, she's a master of being someone else and has the biggest character arc as the series progresses.

The show's synopsis is definitely the old opposites attract trope for the 2 cops, but in a larger sense it contrasts 2 mothers (Sam and Tiggy, played by Tara Strong [Miss Minutes from 'Loki' and a super famous voice actor] trying to do the best for their kids. Sam and Tiggy's teenagers are thrown together but their Romeo and Juliet vibe takes a weird turn. Sam's struggles to instill a moral compass in her difficult son Elliott is painfully sharp, and Tiggy's descent into the underbelly of Toronto's drug world shows how easy it is for a series of small bad decisions to escalate into a life changing f***-up.

Every character, even the supporting ones, are well-written, fully formed, and believable. For Schitt's Creek fans Karen Robinson (Ronnie) plays the duo's superior officer, Shanks and supervillan Kim Coates is a funny, lovable psychpath with his knitted slippers and misguided feminism.

My only criticism is they should have stuck to the working title, 'Lady Dicks.' Does "Pretty Hard Cases" roll off the tongue and lodge in your brain? No : ) Other than that, it's an A+ effort. I clapped at the end of Season 1 and am super excited for the next season. Fingers crossed!
7 people found this helpful

Oats J. MuleReviewed in the United States on September 16, 2021
1.0 out of 5 stars
Doesn't Police Departments Have Physical Requirements ?
I'm I suppose to believe that a police department would give a badge and a gun to a police officer who is morbidity obese and can't control her own body ? Why would the producers of film think I would be interested or entertained by a morbidly obese actress.
10 people found this helpful

DIY DivaReviewed in the United States on September 15, 2021
4.0 out of 5 stars
Keeps you interested with lots of unexpected connections
I actually want to see more of this. It is kind of like a very dysfunctional Cagney and Lacey, but somehow it works to make both characters better. Real people with real everyday problems, trying to do their best. The story line held up through the whole season, and of course the last episode set up another season beautifully with a bunch of new complications. Not a spoiler, but worth the watch.
8 people found this helpful

SeamstressReviewed in the United States on September 14, 2021
5.0 out of 5 stars
No decorative frosting.
Great writing! Great Acting! Great Casting! Super dialogue! Pretty much "The Office" in a police station. And it is refreshing that everyone is normal looking, no supermodels, no false eyelashes, hangovers look so real you can feel them. Best of Covid!!! You do not need fancy locations or improbable beauty, plain cake is excellent!!!
9 people found this helpful

AnayaReviewed in the United States on September 17, 2021
2.0 out of 5 stars
Disrespectful...
Was so looking forward to a series similar to Rizzoli & Isles/Cagney & Lacey, etc...it seemed that I may have found it. But, couldn't make it through first episode. I wish writers/producers would have some sense of respect. Not only for people of faith offended by certain language, but also considering the youth watching. How many times does the Lord's name have to be taken in vain in one scene before someone on the cast stands against it? Operate at a higher standard. For there to be a change, there has to be a change of heart. Rise up people. You're talented. Don't fall for below standard writing that you think will generate higher ratings. Great writing doesn't have to resort to gratuitous content that does nothing for the show...but, only to force me to remove it from my wish list.
10 people found this helpful

Amazon CustomerReviewed in the United States on September 17, 2021
5.0 out of 5 stars
Definitely worth watching
The story line is great. Actors are perfect. The acting is superb. I mean it's just a good show period. I am so glad I stumbled on it. I was actually hoping there was a season 2 when it ended then I realized it's season 1 this year. Whoever wrote the storyline did a good job. I haven't heard of this show and I am not sure why more people don't know about it.
7 people found this helpful

ROTTENCORPSEReviewed in the United States on September 13, 2021
1.0 out of 5 stars
WOW...
This is bad on so many levels...where to start. Every joke failed to be funny, the writing was so predictable and had no effort put into it. I've never been so bored in my life. The acting was so bad and forced, it didn't have any natural chemistry between the two lead actresses. I can't imagine there will be a season 2.
8 people found this helpful

NonSponTaneReviewed in the United States on September 22, 2021
5.0 out of 5 stars
Fun Buddy Cop Dramedy, Light on Violence
I really enjoyed watching this show. I love the cop/detective/mystery genre, both serious shows and not so much. One of my favorite shows of all time is Psych. Pretty Hard Cases has a lot less silliness than Psych, while still being fun and providing some laughs. However, it's also a good drama and detective show with some more serious moments and suspense. The "romantic" and violent notes were not gratuitous, which I was also very happy about. I would not characterize this as a family show, though, the way Psych is.

Kelly and Sam or Barbara and Shirley make a good team. More, please!
2 people found this helpful
See all reviews
Back to top
Get to Know Us
Make Money with Us
Amazon Payment Products
Let Us Help You
EnglishChoose a language for shopping. United StatesChoose a country/region for shopping.
© 1996-2021, Amazon.com, Inc. or its affiliates