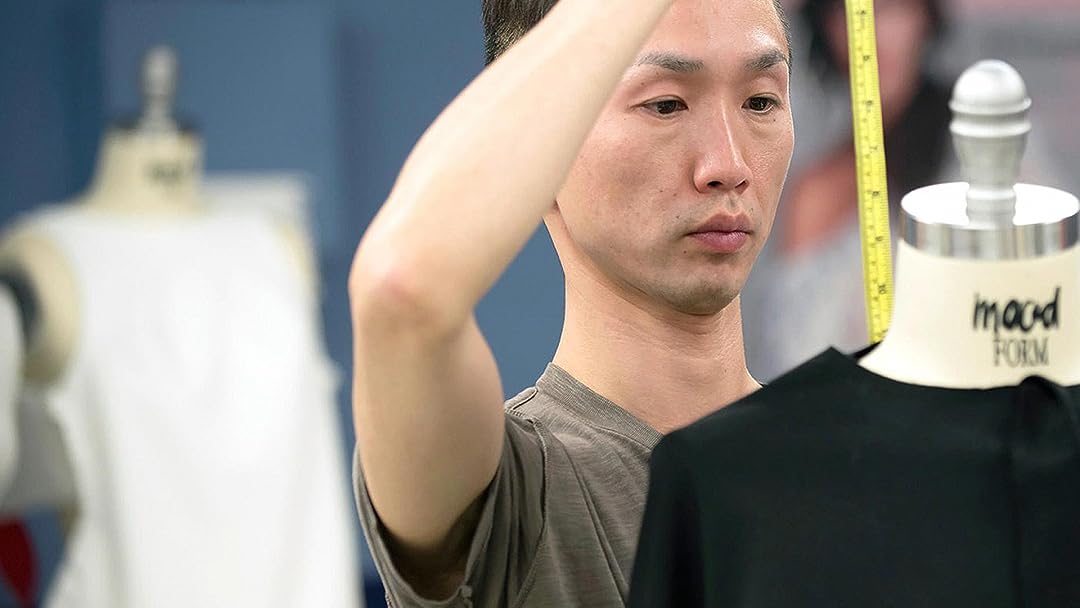 (205)
7.42017TV-PG
For the first time in “Project Runway” history, season 16 breaks the conventional modeling mold by incorporating size-inclusive models on the catwalk. As a true reflection of women across America, models range from 0 to 22, and this season’s designers must demonstrate their ability to make stunning creations for any size. Guest judges include Demi Lovato, Katie Holmes, Olivia Munn, and others.

Gloria Reviewed in the United States on November 18, 2017
5.0 out of 5 stars
This is a good thing. This season has been the best
Verified purchase
Totally disagree with those who find fault with the models and their "feelings." They are people, and the idea that (I suspect as per Prof. Gunn) they are using model women of all sizes is new, brave and powerful for the models, the judges, the designers and the viewers. The world is changing, get used to it. Project Runway is becoming more affirming and positive. Yes, they have their issues and moments, but the underlying force is finding ways to cooperate, support each other, even though there is a competition at stake. This is a good thing. This season has been the best, not necessarily because of the clothes but because of the humanity of it all. Bravo to those who are driving them in this direction. It makes it so much more than a "reality" show.
6 people found this helpful

debbie HuseboReviewed in the United States on October 6, 2017
4.0 out of 5 stars
If it isn't broke don't fix it!!
Verified purchase
I love Project Runway and I think they could do with out these "to be continued" dramas that to me look like they are set up. I don't know if they are or not, but just show what happened don't do a "to be continued" They don't need to do that because we are all going to be back next week. I can't wait for each week already I don't need these dramas to make me watch again next week. I took away a star for the "to be continues". Also I don't really need to know what the models think, it doesn't bother me a lot I just don't think it is needed and also the behind the scene stuff with how the show runs I could do with out also. I want more of the designers, I feel like I don't know them this season and usually by now I know who each person is as a designer and as a person. They are trying to spice things up when they didn't need to. This always seems to happen in these types of shows. If it isn't broken don't fix it.
10 people found this helpful

KRReviewed in the United States on February 5, 2018
5.0 out of 5 stars
My favorite season to date.
Verified purchase
I think this was the best season ever. The designers were the best they've ever had IMO. Not only was the talent over the top, but with the exception of a matched set of designing twins (and yes, a cheating scandal... GASP!) the designers were nice people I could enjoy watching. As a new twist, this year the powers that be decided to include models of all sizes and shapes to walk the runway. Hats off to Project Runway for being a catalyst for change, by helping to pave the way for real world women in fashion. It was such an important addition to the show.
If you enjoy watching talented people engaging in the creative process, then you'll like this show. And the final runway was flat out amazing!
One person found this helpful

Chris HReviewed in the United States on November 21, 2017
5.0 out of 5 stars
Even better than recent seasons.
Verified purchase
For once the right person won on the day, though we had our doubts earlier on their rocky path. The reality TV temper tantrum competitors were eliminated before they could become too infuriating. I especially liked that they went for real world models this time, at least some of them. We still had the roll models who are impossible to approach, and even their plus size models were still models. Having to dress the production staff family members certainly put a damper on the usual bitching that comes with the real real world non-models and they really struggled to dress them properly.
2 people found this helpful

Trace BrownReviewed in the United States on September 3, 2017
5.0 out of 5 stars
I love this season
Verified purchase
I love this season. I own just about every season and this is my favorite by far. I like the fact they are using models with real bodies, including stretch marks and cellulite. I believe the designers picked this year have skill in regards to GREAT construction and have points of view. There are only a few weak designers; usually with the first challenge you have an idea of who your top 10 or 5 might be, but this season it is not so clear cut. At least 13 of 16 designers have true skill, grit and temperament.
4 people found this helpful

Donna M NelsonReviewed in the United States on October 7, 2017
5.0 out of 5 stars
The runway next door. Love your Thinkin
Verified purchase
I have been a fan of this creative show since the beginning. I think Heidi backed the right choice here. I think Tim, Zack and especially Nina and Heidi make this show awesome. Thank you for such a wonderful show.
One huge thing, to congratulate the makers of this show on, is its use of a variety of normal figures as models. I feel this approach is making a big difference in consciousness. Pure and simple it is blurring the rigid lines of judgement we, in the USA, have for people who do not fit the Barbie body. This display, on the runway, of, all bodies can be beautiful, is a real consciousness relaxer. Thank you and keep it up.
5 people found this helpful

Amazon CustomerReviewed in the United States on September 18, 2017
5.0 out of 5 stars
Love Project Runway!
Verified purchase
Fantastic season so far! I love all the different sized models and the fact that they switch designers every challenge. The designers are wonderful, but there's always one designer that tries everyone's patience...this season there's twins that are trying everyone's patience!

Also, I love being able to purchase the show here on Amazon since I don't have cable. Great price, too!
4 people found this helpful

Jo FlowersReviewed in the United States on January 8, 2018
3.0 out of 5 stars
Many Dissappointments
Verified purchase
I love Project Runway and I love watching the creative talents of these designers who can whip up unbelievable creations in just one day. HOWEVER, this season I felt that they were pandering to ratings (and also were in selecting Ashley Tipton in Season 14 whose clothes were fashion backward, not forward) in order to appeal to a wider audience. The first mistake was selecting that cute little guy who wore children's clothes and designed for 5 year olds instead of for adults. Thank goddess they got rid of him right away, but why did they select him in the first place? For comic relief?

Then, the whole deal about the twins was simply for the ratings. Those cameras on on the designers all day long and you cannot convince me that if there was cheating going on, the camera men and whomever they were with did not see it or hear of it, given the fact that all the designers knew about it. I think some of the judges were genuinely shocked, although Heidi seemed somewhat disingenuous in her "shock". She is the Executive Producer and you can't tell me she wasn't aware of what was going on.

Further, they allowed this crazy situation where one twin, Shawn, made all the clothes for the other twin, Claire. This is an individual competition, so how can someone present clothing that someone else made? Other designers ask for someone else's advice, but they don't do their actual sewing for them! That should never, ever be allowed.

And, so much of the season was taken up with the antics of the twins. Again, since the camera crews were i n the workroom all the time, they (and thus everyone else) knew how disruptive it was to the other contestants, yet they did nothing about it.

I was disappointed in who won. After telling the Japonese designer that his collection wasn't cohesive and they almost knocked him out of the competition, he made some minor changes and now, all of a sudden, it was worthy of winning. Meanwhile they had given Brandon every indication that he would win and then finally didn't pick him because his clothes were too similar. Hey! They were too similar all season long! Although he is a creative designer, they let him ride as a "one trick pony" up to the end and then didn't pick him. They never forced him to do anything else differently and instead continued to praise him no matter what he did (and, by the way, coming from a cold climate, I cannot imagine anyone wearing a cropped top, along with sandals and no stockings when the temperature is zero!). And Tim Gunn came to his house and complemented him on using the same fabric for all of his collection and, again, do not, NOT, tell me that this was not communicated to anyone else, and then he didn't win because of his use of the same material for every look. Not fair to him !

I adored Margarita and think she makes very wearable clothes and I admire her aesthetic and latina spirit. But, her clothes were not high fashion.

And again, like the judges overlooked Kelli in Season 14 (a total outrage), they overlooked Ayana who should have won. She designed fashionable and innovative and WEARABLE clothing, while Katoro (I might have mispelled his name) sent a model down the runway with a huge black poof of crinoline on her stomach, almost hiding her face, looking like some weird pregnant lady going to give birth to a black crinoline. And even the nicest piece, the peach colored dress with many folds in front.... as lovely as it was, tell me, who but a size 0 can wear such a dress? Even the smallest tummy would look pregnant. The clothes he sent down the runway were not fashion forward, they were just awkward and unwearable by anyone.

So why did they pick him? Are the judges bored? Do they care who wins?
4 people found this helpful
See all reviews
Back to top
Get to Know Us
Make Money with Us
Amazon Payment Products
Let Us Help You
EnglishChoose a language for shopping. United StatesChoose a country/region for shopping.
© 1996-2022, Amazon.com, Inc. or its affiliates