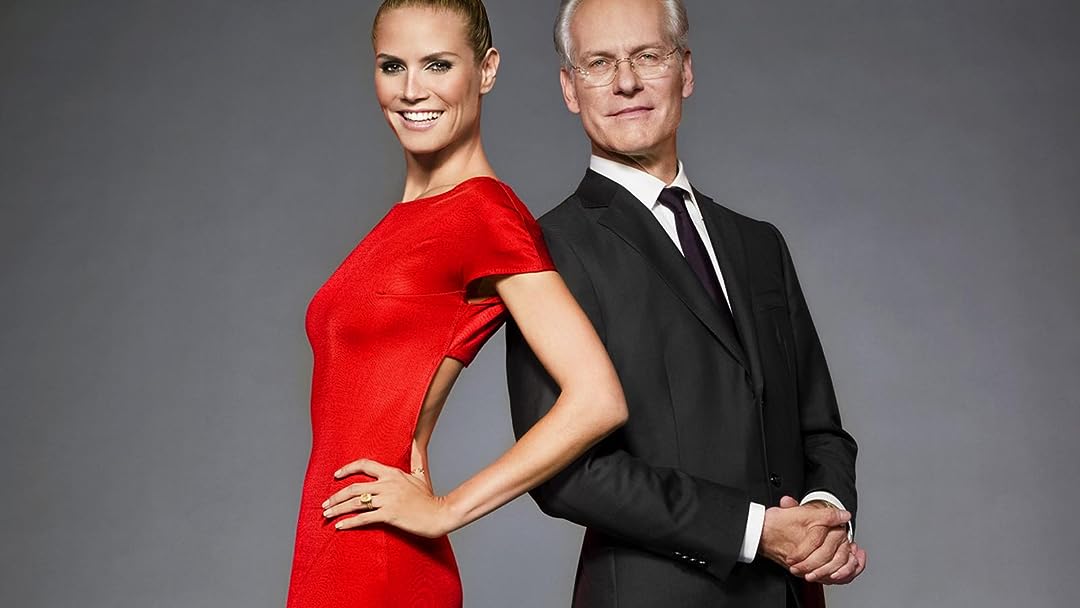 (137)
7.4202013+
Season 9 of the Emmy-nominated competition reality series "Project Runway" kicks off, where each week budding fashion designers face challenges and elimination as they compete for cash and prizes.

M. PellandReviewed in the United States on September 12, 2014
4.0 out of 5 stars
One of the more fun reality competitions
Verified purchase
Project Runway is a relaity show based on several clothes designers competing for a bunch of money, a car, and a bunch of other stuff. I am not a fan of most reality shows, but this one I love. The designs often turn out interestingly. The challenges range from amazing to silly, and the banter from the judges is funny, but can turn pretty raw sometimes. I wouldn't want to be a competitor with a bad design, and sometimes Judge Michael Kors reaches too, too hard to be cuttingly clever. Each episode opens with a new challenge for the designers and allows the audience to eavesdrop as the designers shop for materials (they make clothes out of everything from candy, to fabrics, to paper), sketch a design from a given inspiration, and often fight like cats and dogs as the competition heats up. For me, there's a bit too much crying and whining, but others may find that satisfying.

I've watched every season - like 13 of them. My husband claims he can't stand the show but I catch him laughing at the commentary or at designer-mentor Tim Gunn's jokes. The show is clever, entertaining, and engaging for anyone who likes to see new fashions. Brain candy, eye candy, and pretty amusing when designs go wrong.

E LaffeyReviewed in the United States on April 24, 2013
4.0 out of 5 stars
Pretty good show
Verified purchase
I really enjoy this series. Just something simple and fun to watch. For a reality show. It feels like a lot of stuff happens off camera though, like production team manipulating the 'reality' of the competition. If you watch it, you'll see what I'm talking about. I realize this happens in every reality competition series, but it's a little obvious for this show. Too many faked scenes.
One person found this helpful

Charr C.Reviewed in the United States on January 29, 2021
5.0 out of 5 stars
Fantastic
Verified purchase
Fantastic series!

Margaret GayleReviewed in the United States on March 7, 2013
3.0 out of 5 stars
20% is great; the balance is just okay.
Verified purchase
I'm a fan of the inventive designs and the sewing/construction that goes into the clothes, much more than the interpersonal dramas, the nutty contests the producers put the designers through, or the concept of kicking someone out each week. So, for me, about 20% of each show is really interesting because it's about creativity, and the rest is just the same old stuff -- stress, tears and sleep deprivation. Tim Gunn brings a lot more insight to each garment in mid-construction than the judges do at the end. Meanwhile, the participants are given too little time to shop for materials and to sew their garments, and this time shortage results in poorer designs throughout the series, so that's disappointing. An extra hour at Mood and a humane extra day for one or two of the more complicated challenges would allow some of the designers to reach a whole new level with their art, and that would be interesting.

That said, except for quilting, there are very few TV choices for those interested in sewing. It's pretty much Project Runway or Sewing with Nancy (couldn't be more different) ... thus even with its flaws, it's way better to have Project Runway as a viewing option than not to have it.
3 people found this helpful

niapcodReviewed in the United States on July 24, 2020
5.0 out of 5 stars
It has Tim Gunn and Heidi Klum nuff said
Verified purchase
na

ArtloverReviewed in the United States on December 16, 2013
1.0 out of 5 stars
GREED NOT GOOD
Verified purchase
Purchased the whole Season 9 through Amazon Instant Video because no DVD's offered anymore (I have all 8 previous seasons on DVD). Had some problems with poor connections but I think this might have been due to needing a new router. My problem is that PR is no longer on DVD's and feel doing this through Instant Video is the biggest ripoff seen in many a year. The fact that the producers are shoving this down our throats leaves a very repugnant taste in my mouth. As long as Project Runway works this way, they have permanently lost a buyer in me. I love the show, but will not participate in perpetuating this kind of greed further. If I could, I'd review it with a minus 10.
18 people found this helpful

Granny123goReviewed in the United States on April 19, 2013
5.0 out of 5 stars
What can I say about Project Runway
Verified purchase
No matter what season, the show is great. I am always amazed to see what the designers come up with considering the time restraints that they are on. I especially like the challenges where they have to use unconventional materials. I have a great imagination but I could never come up with the ideas that the designers do. I love Heidi and Tim too. They make the show. It just wouldn't be Project Runway without them.
One person found this helpful

periclesReviewed in the United States on September 3, 2015
4.0 out of 5 stars
A Big YES for Project Runway!
Verified purchase
If you like fashion and the process of imagining and creating it, you'll LOVE Project Runway! Highs, lows, narrow escapes, and from riding high on a win to the disappointment of going home on a flop--it's tense in that workroom, and worse on the runway. It is fascinating to watch as the process unfolds for each designer, and to see both the camaraderie and competition among the various personalities. The judges provide astute criticisms, from boredom and annoyance to cutting sarcasm, and from praise and enthusiasm to high excitement. The beloved Tim Gunn is wonderful as the caring and insightful mentor who guides the contestants through it all!
See all reviews
Back to top
Get to Know Us
Make Money with Us
Amazon Payment Products
Let Us Help You
EnglishChoose a language for shopping. United StatesChoose a country/region for shopping.
© 1996-2022, Amazon.com, Inc. or its affiliates