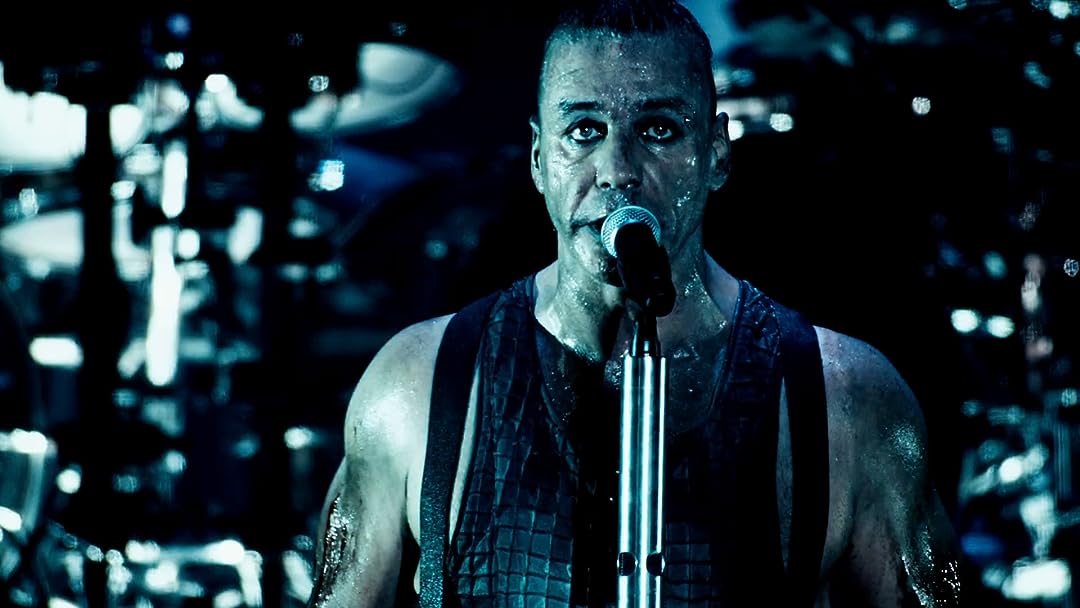 (618)
8.22 h 8 min2017R
In RAMMSTEIN: PARIS, director Jonas Åkerlund captures the thrill of a one-of-a-kind live performance and creates a fast-paced feast for all senses: a dark and spectacular fairytale laced with controversy and don’t-try-this-at-home theatrics.

Brian K.Reviewed in the United States on May 16, 2020
3.0 out of 5 stars
Great concert marred by ridiculous directing and editing.
Verified purchase
I'm sure the show was amazing to experience live, when you could actually see what was happening. Jonas Akerlund's frenetic direction and editing is tolerable, and even interesting, in a four-minute music video... But not over the course of an entire concert. All of the other reviews are correct, in that the editing is intolerable. The spectacle and grandeur of Rammstein's concert is lost. Upon further viewing I've come to realize the cinematography is actually quite poor. Bad framing, unnecessary filters and effects (though some of the added special effects are kind of cool), and terrible color composition. If the stimulant-inspired editing wasn't a signature of the director, I'd swear it was done to cover the shoddy camera work.

I give this three stars only because the band is great, as well as the setlist. Watch Live Aus Berlin or Volkerball.

MTJonesReviewed in the United States on May 19, 2019
2.0 out of 5 stars
Great audio quality, but the video editing suffers from ADD
Verified purchase
As a longtime Rammstein fan (wow, over 20 years now!), I am thrilled to have this set at home. I would have loved to view the concert experience, but the shots are typically cut in <1 second intervals during a song, which is mentally exhausting and borders on epileptic triggers. Rammstein has a great stage presence, but you never get to see it with this set.

I recommend purchasing for the songlist and audio quality only.
11 people found this helpful

Meg PorterReviewed in the United States on May 23, 2017
5.0 out of 5 stars
Some people may not like the quick editing
Verified purchase
As a long-time fan of Rammstein [and an American fan], this is the only way I can get to see the band live as they tour in the US once in a blue moon. After a months long wait and seeing the teasers on YouTube, I was quite eager to see what this concert film would be, especially as it was directed by Jonas Ackerlund, who has done videos not only for Rammstein but for Lady Gaga and Madonna.

Some people may not like the quick editing, extra FX and the mix, but I do. I'm pleased with this movie. It's one of the best I've seen in several years, and it was worth the wait.
26 people found this helpful

Jimmy JamesReviewed in the United States on April 10, 2021
3.0 out of 5 stars
Monotonous, psychotic, obscene and very strange
Verified purchase
My first intro to RS was the David Lynch film Lost Highway which I believe featured the track Rammstein. That did nothing to make me want to hear more. Over the years I would catch them doing a song or two on some concert video or music video. OK a little more interesting. I'm a metal head but I also like most types of music. I guess the metal aspect made me want to watch this video. I made it about half way thru. I was afraid of epilepsy and nightmares if I kept watching. There is a lot of post production magic here being done to the sound track. RS sound is droning and monotonous but crystal clear here. This video was probably edited by a computer that was just programmed to switch camera feeds every few seconds. It was literally painful to watch. For sure I got a headache. Be forewarned of the simulated (I hope) sex acts that are Obscene in the extreme and not in a good way if you are heterosexual. Talk about over the top. Very disturbing. They used to say in the 70's if you can't handle Alice Cooper, dont come to the show. That just made me and my 14 year old buddies want to go even more. If you cant handle RS dont watch this video. Dude, I just cant handle it.
One person found this helpful

MiltronReviewed in the United States on September 22, 2018
3.0 out of 5 stars
I wanted to love this..
Verified purchase
I really wanted to love this DVD. I read other complaints about the editing, but I ignored them. I watched some of the performances on youtube, and thought "it's not that bad". Man, was I wrong.. Maybe I'm getting old, but I had to stop watching. Flashing lights and different camera angles constantly. I don't think there is one shot that lasts more than 10 seconds. When it comes to live shows stick with Volkerball concert. Which unfortunately does not include their newer stuff.

It just perplexes me that a director with so much experience could do such a poor hack job in editing. I actually like the special effects and HD cameras, but the constant edit cuts make this too tough to recommend. Honeslty Rammstein is interesting enough they dont need these types of edits.
9 people found this helpful

Donald SmalleyReviewed in the United States on February 16, 2020
3.0 out of 5 stars
Get your hands on Völkerball instead
Verified purchase
I am a huge Rammstein fan and have seen them in concert 3 times, always an amazing show! This video is good in that it presents some of their more recent material, but I just didn't care for the cinematography or the editing very much. There are a ton of jump cuts and I found myself getting annoyed to the point where the editing choices distracted me from the music. The video also seemed flat with its dark color palette and very stark photography, which I understand it trying to lend even more drama and theatrics to the show, but Rammstein is a band that doesn't need a lot of gimmicks.

Compare this to the Völkerball video (mostly) recorded at Nimes, France in 2005 and released in 2006 and you'll see what I mean. That concert video seems much more vibrant, the camera direction and editing gives fans much better shots to appreciate each band members onstage presence, and it's just a much better production overall, in my opinion. I also think it sounds better, but that might be just because I've been listening to Völkerball for some 13 or 14 years now...Does time really pass that quickly?

If you haven't seen Völkerball and you're a big fan of "classic" Rammstein, then I suggest you watch this and enjoy it, but Völkerball Boxed Set is the one you want in your collection!
3 people found this helpful

nskoulosReviewed in the United States on March 26, 2021
4.0 out of 5 stars
Classic Rammstein, dizzying editing.
Verified purchase
This performance is every bit as good as any they put out over the last few decades. The cinematography, however, is horrid. They cut to a different camera or angle every 2 to 5 seconds for the entire concert. I can understand taking editorial liberties with a Neil Young concert, but Rammstein puts out over 2 hours of energetic spectacle. The editing feels like an amateur got their hands on expensive software and decided to use it haphazardly because it was expensive. The most egregious crime being the weird cartoon girl superimposed during Engel. Till is carrying 20' of flame-throwing angel wings that are actively exploding all over, yet they cut to the other musicians while a big-eyed cartoon face flashes blinks over all of it. Focus on the giant flaming/exploding wings! Aside from the garbage editing it's a good show.

Steven J. MillsReviewed in the United States on September 7, 2017
3.0 out of 5 stars
Band Great - Video Bad
Verified purchase
Great performance by the band, but stupid editing by the director or whoever was responsible for cutting the shots together. Way too many edits leave you wondering what was in each camera shot, which makes watching it uncomfortable and tiring. The Volkerball concert was much better for watching.
13 people found this helpful
See all reviews
Back to top
Get to Know Us
Make Money with Us
Amazon Payment Products
Let Us Help You
EnglishChoose a language for shopping. United StatesChoose a country/region for shopping.
© 1996-2022, Amazon.com, Inc. or its affiliates