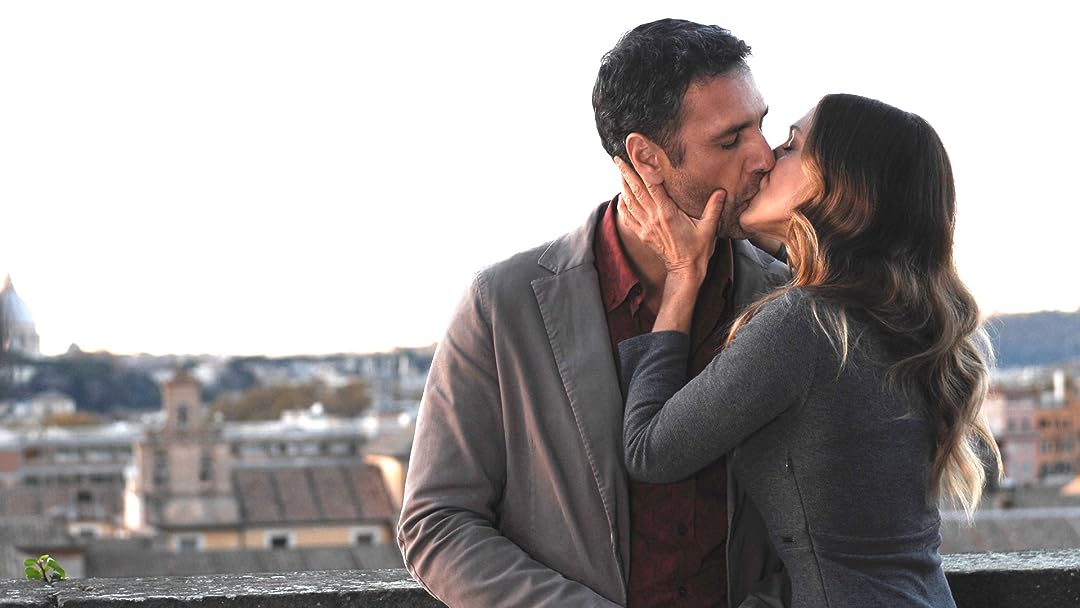 All Roads Lead to Rome

(545)
4.91 h 31 min2016X-RayPG-13
Maggie is an uptight, single mother and college writing teacher from New York City. In an effort to reconnect with her troubled teen daughter Summer, she decides to embark on a journey to a Tuscan village that she frequented in her younger days.

LasatoriReviewed in the United States on February 17, 2022
3.0 out of 5 stars
Annoying...
Verified purchase
Sarah Parker was extremely annoying in this rom com farce....she acted like a teenager herself and 15 minutes into the movie she must have touched and adjusted her hair 50 times!! Omg...when will these actresses see how unattractive that is and how it takes away from what is actually going on by continuing primping at themselves....grow up. Jennifer Anniston is another one who does it every 30 seconds too.. ugh...I turn it off. Will not watch such drivel...we deserve better actesses than this. And the daughter was a flat out unlikable brat...self centered like her mother I guess.
Hollywood you need to uplevel your game.
15 people found this helpful

KristenReviewed in the United States on March 8, 2022
1.0 out of 5 stars
I Hated This Movie
Verified purchase
Zero stars. This movie is absolutely terrible. The mother is total doormat who just takes her daughter's abuse. I stuck it out with this one to get the pay off of seeing the mother come to her senses and hold her daughter accountable and that does not happen. She helps her daughter escape punishment once again and somehow the daughter still had an epiphone that she should dump her drug addicted, lying boyfriend. He, by the way, only hang out in a dark room 24/7 with plenty of women to service his every need. No sense in taking the time to actually write the character. The romance story is almost as revolting as the mother story. At one point the female lead repeatedly hit the male lead then is cutesy to get back in his good graces. In what world is that ok? Need I say if roles were reversed that would never fly? Skip this one. Unless you are someone that thinks you deserve to suffer, do not watch this movie.
11 people found this helpful

Lisa GReviewed in the United States on February 23, 2022
1.0 out of 5 stars
one of the worst romantic "comedies" I've ever seen
Verified purchase
What was so funny about this movie? Sarah Jessica Parker fawns over an old Italian lover, who constantly finds ways to berate her. Her daughter runs away with her ex lovers mother to Rome and the pair chase them. But they find time to stop at a fancy hotel overnite and to visit one of his glamorous ex's, This movie is humorless and plotless.
11 people found this helpful

OnedropReviewed in the United States on February 12, 2022
2.0 out of 5 stars
Stereotypical with the typical political agenda
Verified purchase
I would give it a 1-star if it was not shoot in beautiful Italy... Loved the scenery. Hated the story because of the many false stereotypes Americans place on Italians and the gay agenda: the teenager going lesbian! Truly Americans are contaminating our world's culture spreading its errors.
10 people found this helpful

JudyTReviewed in the United States on February 21, 2022
1.0 out of 5 stars
The sceneries aren't even worth it.
Verified purchase
Demented grandma who can't brush her own hair is going/allowed to get married?? Entitled, selfish and rebellious teenage daughter. Mother who basically enables the behaviors by always getting her out of trouble. And the guy who just apparantly can't get over said mother and allowed her to talk down on as well as blame his own mother. It should have ended with the daughter being charged and him saying good bye. Would have been a better story.
11 people found this helpful

Carl BrownReviewed in the United States on March 9, 2022
1.0 out of 5 stars
all aspects of this movie lead to a bad rating
Verified purchase
(except maybe the scenery)
Sarah Jessica Parker was terrible and her character was even worse. There was no build up or explanation for any of the three relationships chronicled by this meandering mess. Why was she hung up on him? Why was he hung up on her? Why was the grandma's hair a mess? We know why the teenager's life was a mess. It would have been better if this movie had been cliché. Instead it failed to deliver on character development, chemistry, and conversations. It was all so contrived. Yuck!
7 people found this helpful

Author GirlReviewed in the United States on November 15, 2021
5.0 out of 5 stars
Not what you might expect, but a refreshing take on love
Verified purchase
I'm a big fan of both Sarah Jessica Parker and Raoul Bova. I expected the romantic leads (Parker and Bova) to take me on a romantic journey, instead it was the old lady and the disgruntled, confused teenage girl who lit up the screen with chemistry and laughter through their bonding as disgruntled victims of unrequited love. Unrequited love is the base of this story for everyone involved, and it delivers on that, but the message comes alive through the bonding of the old and young for me. Love reigns at all ages. Delightful!
7 people found this helpful

A. ChristiReviewed in the United States on January 8, 2018
5.0 out of 5 stars
Why 5*? You missed the messages!
Verified purchase
I gave this 5 stars because people missed the many important messages occurring in today's world. When I think about something in a movie that is worthwhile, it deserves some attention.
1. I always love the scenery in Europe
2. The message of HONOR (provided by the 'grandmother'). The young girl, and yes, I have mentored dozens of young women that actually think some guy 'loves' them (or even has the capacity to care about anyone but himself) and that they need to 'prove' it by doing something stupid the guy tells them to, that only benefits this shallow guy. This self-centered brat had NO honor, and that is, unfortunately, not uncommon. She was not honoring herself--a lesson she seriously needed to learn.
3. Yes, kids, ANY rap sheet on you can cause you not to be able to fly internationally, no matter how small. Or at least put you through a lot of hassle! And if suspected of something in a foreign country, even if you are innocent, and you have even a minor rap, beware.
4. Jumping to conclusions, even as silly as something like her believing his daughter was the girlfriend, is an everyday occurrence in any kind of relationship. We jump to conclusions instead of asking the questions.
5. He is a handsome man! But then I adore Italy and have no idea why my son and his family get to live there and I don't! Oh, yes, perhaps being that his wife is Italian could be a part of that :) . If my son had had a rap sheet, no green card for him!

14 people found this helpful
See all reviews
Back to top
Get to Know Us
Make Money with Us
Amazon Payment Products
Let Us Help You
EnglishChoose a language for shopping. United StatesChoose a country/region for shopping.
© 1996-2022, Amazon.com, Inc. or its affiliates