from
Added to Cart
An error occurred when processing your request. Try again
Add No Thanks
Renewed (2) from
$38.99  & FREE Shipping.
Share

Product works and looks like new. Backed by the 90-day Amazon Renewed Guarantee.

- This pre-owned product has been professionally inspected, tested and cleaned by Amazon-qualified suppliers.
- There will be no visible cosmetic imperfections when held at an arm’s length.
- Products with batteries will exceed 80% capacity relative to new.
- Accessories may not be original, but will be compatible and fully functional. Product may come in generic box.
- This product is eligible for a replacement or refund within 90 days of receipt if you are not satisfied under the Amazon Renewed Guarantee. See terms here.

This product is also available in New condition for $4.64 more than the current Renewed price.

What is Amazon Renewed?

Amazon Renewed is your trusted destination for a huge selection of smartphones, computers, video games, power tools, and even more products that work and look like new and are backed by the Amazon Renewed Guarantee. 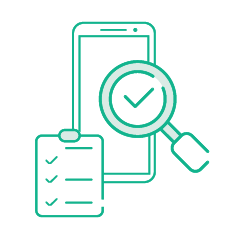 Professionally inspected, tested, and cleaned to work and look like new. 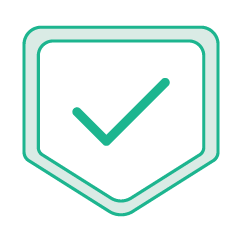 Eligible for replacement or refund within 90 days of receipt if you are not satisfied. 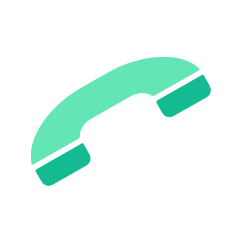 Quick support for claims and technical troubleshooting. From 'Your Orders', click on 'Get Product Support'. 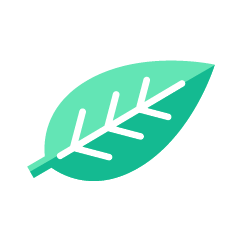 Better for the Planet

What should I expect to receive with my Amazon Renewed purchase and in what condition?

What if I’m not completely satisfied with my Amazon Renewed purchase?

We can also help you troubleshoot technical problems and assist with returns. From ‘Your Orders’, click on ‘Get Product Support’ or click on chat/phone for Amazon Customer Service at https://www.amazon.com/gp/help/customer/contact-us/. Learn more about the Amazon Renewed Guarantee
Shop for smartphones, computers, laptops, tablets, home and kitchen appliances, game consoles, office products, and more. Visit Amazon Renewed
Customer Questions & Answers
See questions and answers

High-definition streaming. Easy on the wallet

Want to start streaming? Roku Express delivers a smooth HD streaming experience on your big-screen TV. This next generation player is now more powerful. It’s easy to get started - just plug it into your TV with the included High Speed HDMI Cable, connect to the internet, and start streaming. Use the remote to search for your favorite shows and discover channels.

Your question might be answered by sellers, manufacturers, or customers who bought this product.

Please make sure that you are posting in the form of a question.

Would you like to tell us about a lower price?

4.7 out of 5 stars
4.7 out of 5
10,362 global ratings
How are ratings calculated?
To calculate the overall star rating and percentage breakdown by star, we don’t use a simple average. Instead, our system considers things like how recent a review is and if the reviewer bought the item on Amazon. It also analyzes reviews to verify trustworthiness.

B. Geraghty
5.0 out of 5 stars Best streaming stick going (IMHO)
Reviewed in the United States on August 9, 2018
Verified Purchase
In my quest to cut the cable I've been through ChromeCasts, FireSticks and now the Roku Streaming Stick Plus. To be clear, I am still rocking the firestick on one TV, but in continued in depth usage while admitting it's a little apples and oranges (since streaming stick plus is for 4k and up, and firestick is pretty standard) I find more apps that I want to use on the roku, than I do the firestick. I think this is primarily because Amazon is trying to get you to buy more stuff (not that that's a bad thing) but their stuff is more or less front and center, and Roku doesn't care: You want Hulu and YouTube to always appear first? Great! Here you go!

I find the remote to be responsive and it's actually been a boon to our babysitters as the millennials are inherently more familiar and comfortable with app culture than they are with cable. So as long as we highlight what we have, we've had no complaints. And in pairing this with a mesh network like Google Wifi, it just screams. I've had absolutely no lag issues, and bonus, I've now got Sling TV on every Television in the house, no real cable box to speak of. So I think this is a really solid little device to the point where I can't see why anyone is still paying for cable (we're doing this 30 day experiment and then I'm never coming back; I'll drop my cable equipment on my ISP's doorstep like an unwanted child and they'll hear my tires as I scream away into the night (queue maniacal laughter)).

Brandon
5.0 out of 5 stars Excellent to have with you when traveling
Reviewed in the United States on June 1, 2018
Verified Purchase
I bought the Roku Streaming Stick+ after having used the Roku Ultra in my living room and a TCL Roku TV in my bedroom. I recently used the Roku Stick+ for travel use--and it worked out great. I was a die hard user of FireTV (and the Fire Stick) until the whole Google fiasco.

Roku has been in this business for a while, and I quite like the interface they've got going on. It's fairly easy to use and that fact that it plays all of the streaming services that I desire is a major plus.

5 stars from me. I had no connectivity issues in the hotel I was staying in, other than having to login every 24 hours (Hilton WiFi). I found the Stick+ to have good WiFi reception and the overall responsiveness was quite quick--very similar to the Roku Ultra.
Read more
185 people found this helpful
Helpful
Report abuse

Levi
5.0 out of 5 stars You don't need that extra cable box through @#$% cable internet!
Reviewed in the United States on July 15, 2018
Verified Purchase
I was insanely skeptical of this. Streams videos, sure, but streams television?

Spectrum's app allows you to watch EVERY television show LIVE. No monthly fees. No contracts. No anything. As long as you already have internet and cable, you don't need to waste $10/month on those ridiculous extra boxes all over the house. Connect to your Wi-Fi, create your account on Spectrum, and you have cable on your television.

I was even more shocked by the exclusive free apps that let you watch movies for free as long as you watch the commercials.
Read more
160 people found this helpful
Helpful
Report abuse

Brendan A. MacWade
5.0 out of 5 stars The Best Streaming Video Player In 2018
Reviewed in the United States on October 25, 2018
Verified Purchase
The Roku Streaming Stick+ is fantastic. I'm surprised I didn't get one sooner. I am a loyal Chromecast user, and that's a fine device for sharing your Chrome browser contents on the TV, or playing a YouTube or Google Music playlist. But it lacks the ability to stream on its own. Roku has the edge by providing a stand-alone streaming device, paired with a simple, physical remote control, and the ability to download apps and channels. You can install the major apps like HBO Go, FX Now, NBC Sports Gold, YouTube, Amazon Video and Netflix. But you also get some wild Roku exclusives like B-Movie TV (movies so bad they're good - a great channel for horror and sleaze fans). If you only have room to add one streaming player, and you're deciding between a Chromecast, a Roku or an Apple TV, the choice can be made fairly simply. The Apple TV is for those who are committed to the Apple platform. If you get your music and movies from Apple, then stick with Apple. But if your choice is between a Chromecast and a Roku, go with the Roku. It can do more. The Stick+ has newer Wi-Fi compatibility for superior speed and streaming stability. And the physical remote control is just better than using your phone or laptop as the controller. And you can "cast" YouTube videos to it using a Chrome browser. And starting in November 2018, you can link it to the 'Google Home' app, and manage it via the Home app, or via voice commands through Google Assistant.

The Stick+ is the one to get for a few reasons. First, the Wi-Fi antenna and compatibility (802.11ac) is the best Roku makes at the moment. Second, the stick can plug into your HDMI receiver or directly into a TV HDMI port (and that method will control the volume of the TV if you have a newer model with HDMI control). And third, the remote control connects via bluetooth, so there's no need to set up any line-of-sight between the remote and the stick. The Stick+ runs a little hot, but that's OK so long as it's in a cool spot. Simply get the Amazon Basics HDMI extension cable, and the stick will keep cool away from your other heat-generating devices. Roku has always been the best value in streaming players. And now it provides more HD content, with a faster network connection, in a tiny form factor.
Read more
83 people found this helpful
Helpful
Report abuse

Stivo
5.0 out of 5 stars Roku Rocks!
Reviewed in the United States on June 26, 2018
Verified Purchase
This is my 5th Roku device I’ve purchased since canceling Spectrum! I really enjoy the enhanced remote that controls both the TVs power & volume. I own a couple of ultras and this device is just as powerful and has all the same features. I would highly recommend anyone who is still over paying for cable to cut the cord and fully stream. I currently am using YouTube TV and it works perfectly with all my Roku devices. No more bulky cable boxes that never worked properly, and by the way saving $100.00 a month isn’t so bad either!!!
Read more
89 people found this helpful
Helpful
Report abuse
See all reviews
Back to top
Get to Know Us
Make Money with Us
Amazon Payment Products
Let Us Help You
EnglishChoose a language for shopping. United StatesChoose a country/region for shopping.
© 1996-2022, Amazon.com, Inc. or its affiliates