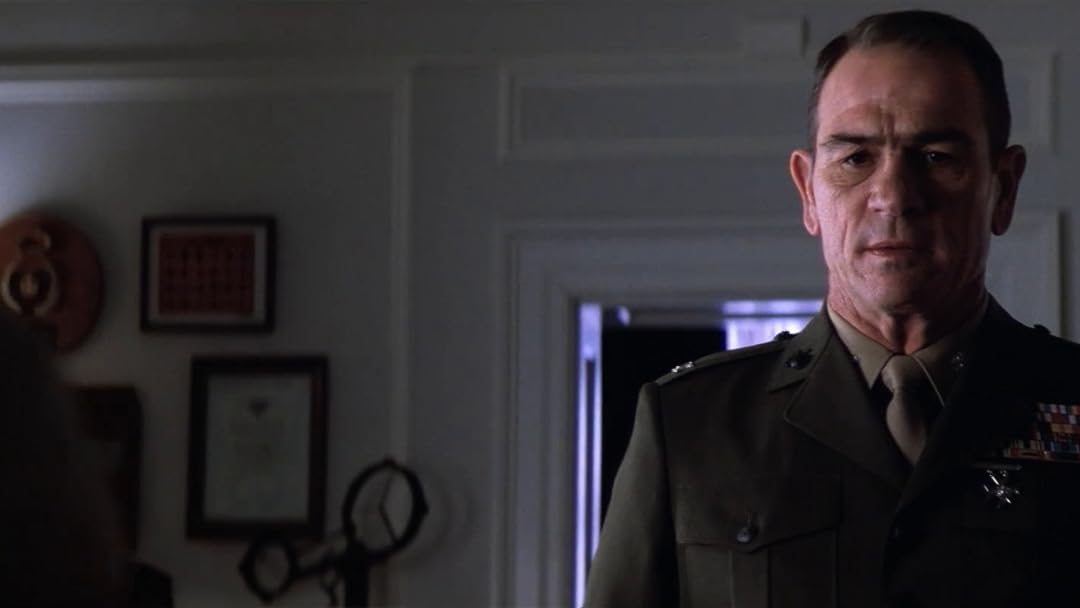 (1,113)
6.42 h 7 min2000X-RayR
Colonel Terry Childers (Jackson) is a patriot and war hero. But when a peacekeeping mission he leads in Yemen goes terribly wrong, he finds himself facing a court martial.

Mike GishReviewed in the United States on August 17, 2019
4.0 out of 5 stars
Propaganda?
Verified purchase
I'm former military, and I can tell you with certainty that our country never conducts its affairs in this manner. We go around the world committing horrendous acts, but we always cover them up, and our mainstream media never reports it. Instead, we put a good face on it, call ourselves heroic, and encourage our young men to join up and be "heroes" too. One of the reasons our young men come back so messed up and don't want to talk about what they've seen is, they now know that we're not the good guys.

That said, when it can't be avoided and we get caught in the media, then the government chooses someone for a scapegoat without regard for their guilt or innocence, and hangs them out for the world to see that it wasn't the government's fault, but rather the aberrant individual's. This is basically true of most governments. Some are better or worse than others, just like people.

Almost everybody, at every level of society in all countries, lies, so, now that I'm retired I've gone into seclusion, I've grown so tired of dealing with it. Spiritual retreat is the best solution for honest people.

Tx-BillReviewed in the United States on July 10, 2019
5.0 out of 5 stars
How have I not seen this movie!?!
Verified purchase
I thought I had seen this film; So whenever the opportunity came about, I skipped it. I mistakenly connected this film with "Courage Under Fire". Which I saw and had lukewarm feelings about. This film, however, blew me away.

I like all of the actors involved, the settings and pacing was fantastic, and the performances were both memorable and charming. Sam Jackson's delivery was exquisite, Tommy Lee Jones was electric in the most subtle of ways, and Guy Pierce delivered a cold, but believable hard liner. If you like war movies OR court movies, I think that you'll enjoy this movie.

P.S. I started watching this on my phone while cleaning house and had to pause it for a few days so I could sit down and devote my full attention to it. I am extremely glad that I did. This movie was both engaging and captivating. I didn't want to miss a minute.

Dean NeuburgerReviewed in the United States on September 2, 2019
1.0 out of 5 stars
Promising actors, fail at the embassy.
Verified purchase
I stopped watching the movie when the soldiers gunned into the crowd, knowing families were there. The build-up to that point mattered for more loss of credibility of script. Why did all (very many) soldiers rapidly ascend to the roof and continue to go there through opposing, dense sniper gunfire that was hitting soldiers? I cannot believe actual military would do that. Try the windows first, at least?! Or maybe get the ambassador quicker and everyone leave right away? Instead, the solution to save soldiers' lives is to shoot into the crowd. So, they stand up, there is no ill-effect from the opposing roof-top snipers that have heretofore given a non-stop barrage of rifle fire (they ran away?), and the soldiers took their time shooting into the crowd. I suggest avoiding this part of the movie (start after the embassy part) and maybe the story is good afterward.
5 people found this helpful

John RayReviewed in the United States on July 10, 2019
1.0 out of 5 stars
Incomplete
Verified purchase
The ending didn't show the final disposition of the case. Verbage was added, but without portraying the final resolution, the film missed what could have been the best part. It was incomplete. What was portrayed was a waste of the viewers time.
12 people found this helpful

Roy S. Alba IIReviewed in the United States on June 6, 2019
5.0 out of 5 stars
Outstanding!
Verified purchase
Shows the crap our troops endure with their hands tied rules of engagement and why the USA hasn't won a war since 14 August 1945 with the unconditional surrender of Japan. Don't point out Desert Storm as a victory because we had to go back.
11 people found this helpful

DetectorReviewed in the United States on July 31, 2019
3.0 out of 5 stars
Tommy Lee Jones is worth watching here
Verified purchase
TLJ gave a fine performance, nobody does this sort of declaiming role better than TLJ. He is made to do work like this. Way better than the movie itself, he lends it grace and beauty. Maybe Abe Lincoln could have done better, maybe, I dunno, I never personally witnessed him speaking, but he had a reputation for it. Btw, not saying it's a bad movie, it's tolerable but without TLJ I might have quit it, and I almost did before TLJ got out of the bullpen. But, I could see him warming up, so I stuck it out, and glad I did. Jackson played his usual character, does some carpet chewing, gets the job done, but his performance definitely not a reason to watch.
5 people found this helpful

Brian Lee HartReviewed in the United States on May 11, 2018
5.0 out of 5 stars
First Class all the way
Verified purchase
US Marine story "Based on a TRUE story" starring Samuel Jackson and Tommy Lee Jones. This is an extremely well done movie. Acting and directing. You will love it. A government cover-up and resulting military trial with false charges alleged. It deserves more credits
16 people found this helpful

ImperiumReviewed in the United States on August 22, 2018
2.0 out of 5 stars
Disappointing quality
Verified purchase
The image quality of blu-ray discs is almost always higher than DVDs. But, that ultimately depends on the source material. I bought this edition of 'Rules of Engagement' because I had the DVD edition and wanted a great movie (4.5 stars for the film itself) in blu-ray quality. This blu-ray version (and there may be higher blu-ray editions out there) apparently used the original VHS tape for source material. It actually looks worse than the DVD as poorly created blu-ray editions are want to do on occasion when the producer wants the blu-ray label to charge a higher price but does not put in the work. I do not recommend this edition of this great movie.
6 people found this helpful
See all reviews
Back to top
Get to Know Us
Make Money with Us
Amazon Payment Products
Let Us Help You
EnglishChoose a language for shopping. United StatesChoose a country/region for shopping.
© 1996-2022, Amazon.com, Inc. or its affiliates