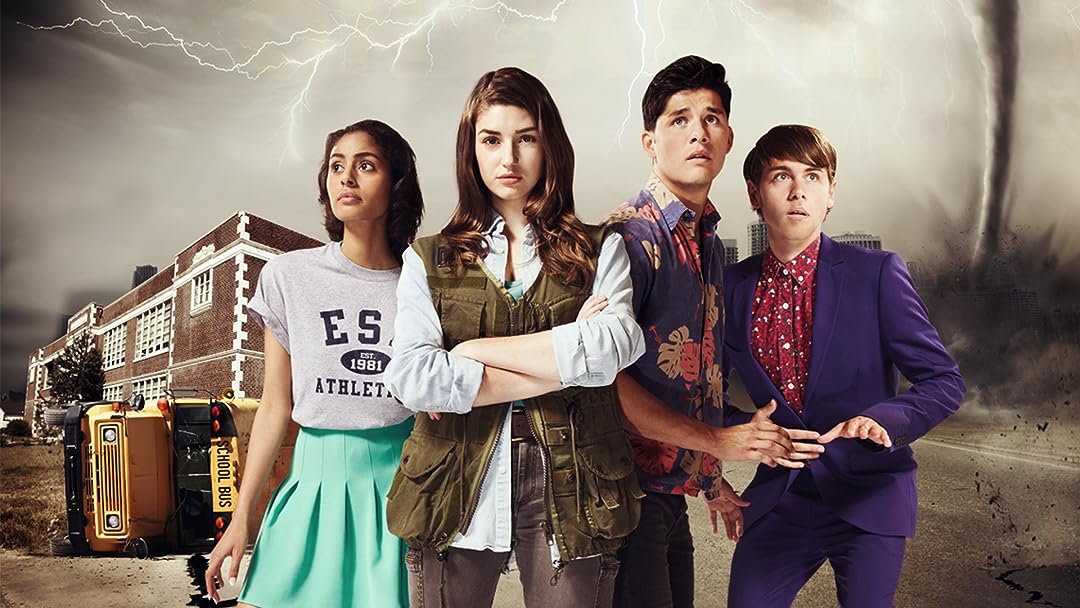 (9)
5.41 h 33 min201618+
In high school it always seems the world is ending and Sadie's fear of the apocalypse is making it worse. She has two weeks to prepare for doomsday and master survivalist cuisine, learn to sew, go to a great party, and win her best friend back.

Steph LeppardReviewed in the United States on January 7, 2021
3.0 out of 5 stars
Cute film for a younger crowd.
Verified purchase
I would have loved this movie as a teenager. However, as a 50-something year old woman, it didn't hit me on an emotional level. It was cute and silly in the right ways for a teen film.

I was looking for a dystopian story. This is not that.

Minus two stars for sloppy storytelling in some parts and being overly predictable in others. Plus, the prepper aspect was more of a joke than a realistic precaution taken by a serious prepper.

Finally, I wanted an authority figure to help Sadie with her obvious mental distress, but everyone acted like it was a joke or just ignored her. I think she had serious anxiety that should have been addressed.

Chris W.Reviewed in the United States on July 1, 2017
4.0 out of 5 stars
Small review with a minor spoiler that you need to know before you buy.
Verified purchase
This was a decent movie. Basically, a girl thinks the world is going to end, prepares for it and creates a list that she wants to complete before the chaos starts. Acting is good, the premise is good and everything is pretty much good. Everything is good. It isnt great. That being said it is worth a watch. The girl finds that there is more to life than stressing about the end of the world.

This is not a sci fi movie as far as I can tell. Living in Southern California everything that happens in this movie is possible. Just to let you all know.
3 people found this helpful

Amazon ConsumerReviewed in the United States on March 17, 2021
1.0 out of 5 stars
hmmm not quite
Verified purchase
The under-the-desk-cover for earthquake was not accurately done - for a pandemic movie, this fault alone got the single star. In this day and age, such inaccurate portrayal of basic survival is inexcusable.

Amazon CustomerReviewed in the United States on July 9, 2017
1.0 out of 5 stars
Sorry no
Verified purchase
Plot description cute but film is disappointing
One person found this helpful

Kindle CustomerReviewed in the United States on September 20, 2017
3.0 out of 5 stars
High school is the apocalypse
This was another movie that failed to live up to its premise or to properly explain what they were going for.

Sadie is a teen girl who seems to suffer from an obsessive type of anxiety disorder that is never explored or explained and only hinted very briefly at in the beginning of the movie. If you remove that disorder from the story, it seems silly and doesn't make much sense.

Because of her fixation, she does a report about natural disasters that turns into her researching the apocalypse. She's convinced that the apocalypse will happen in 30 days (when the movie begins) and has created a bucket list (which she insists is not a bucket list because she has no intention of dying and will survive said apocalypse) of the things she would like to do before the rest of humanity is gone. Like skip class, sneak into a bar, kiss a boy. That sort of thing.

The problem is that her hysteria and compulsive behaviors (again, not addressed in the movie) cause her to lose her best friend since childhood, Brennan. Mending their friendship is also on the bucket list.

This movie must have been filmed in Canada, because half the cast are Degrassi alumni. There's the guy who plays Zig (Jack in this movie), the one who played Eli (Teddy) and Jane (Sadie's teacher/only friend Connie). Teddy sports a truly terrible British accent (that I had a hard time placing because Sadie's mom has an Australian accent so for a little while I was confused, like, is this an Australian movie? What's happening?). Jack, the romantic love interest, is delightful. I love him on Degrassi, and I loved him in this movie. Charm and cuteness for days. He takes a sudden interest in Sadie (which he explains later on during the movie in a highly romantic scene) and is determined to help her with her list. (Including the kissing a boy part.)

Lots of cute romance, lots of funny dialogue, lots of good acting in this. But it falls short because the movie itself was all over the place. Did it want to be a quirky "Juno" type movie? Or a teen prepper movie? Or a romance? Or addressing how an apocalypse is appropriate given that teens always feel like their world is ending every time something bad happens? About mental illness? The importance of best friends? It tries too hard to be too many things and it makes it feel disjointed, and as if it had the potential to be so much more but just didn't make it.

It was an okay movie. Not one I'd recommend.

MayraReviewed in the United States on September 5, 2020
4.0 out of 5 stars
Cute movie
Yet another movie that I watched simply because it had Munro Chambers in it lol Anyway, I did not come into this movie with high expectations, I was actually prepared for disappointment. BUUUUTTT I really liked the movie. I thought it was cute and had some great take away messages.
See all reviews
Back to top
Get to Know Us
Make Money with Us
Amazon Payment Products
Let Us Help You
EnglishChoose a language for shopping. United StatesChoose a country/region for shopping.
© 1996-2022, Amazon.com, Inc. or its affiliates