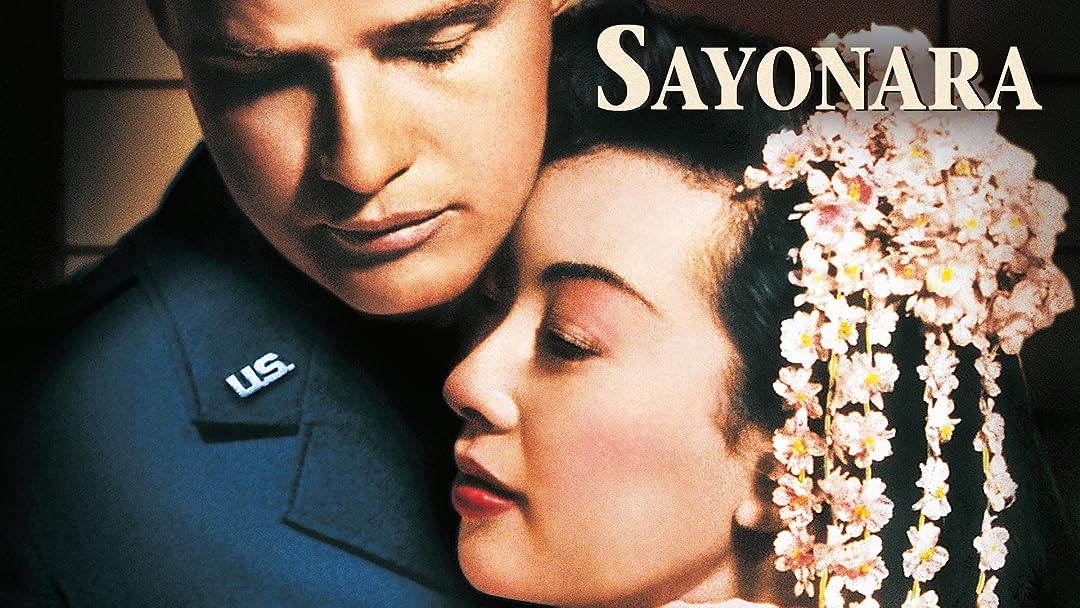 (634)
2 h 27 min1957X-Ray7+
An American jet ace has a poignant affair with the star performer of a famed Japanese acting company.

MoanakaiReviewed in the United States on March 16, 2021
5.0 out of 5 stars
Shows the narrow-mindedness of people
Verified purchase
Rating 5 stars for the plot which shows the ridiculousness of the importance put on racial and cultural differences, in 1951 at the time of the Korean war. Unfortunately, even today, there is a majority who think and act the same way. Of little importance, but noted, people talking louder to those of another language as if that will make them understand. Not showing the respect of another culture, kissing in public was not a culturally acceptable norm at the time by the Japanese and should have been respected when at the Kabuki theater. The main major point however, is the lack of acceptance of Red Buttons falling in love with an Asian woman and the theme of the movie was really built upon that and its multitude of consequences that affected many. A large percentage of the world believes in reincarnation if you want to look at it that way, in other words, we are our sex, our race, for this lifetime, and it usually changes next time around, so we can experience all races and cultures, so what if Red Buttons and his finance were together in another lifetime and in another place, would that change anyone's attitude? Food for thought!
2 people found this helpful

Donn UrbanReviewed in the United States on January 18, 2020
4.0 out of 5 stars
WAY ahead of its time
Verified purchase
By today's entertainment standards, better than so-so. But for its social commentary, I suspect it was pretty risky for the studio to do a movie with this racial overtone. It would be interesting to know what the general American (or Japanese, for that matter) acceptance of a mixed marriage would be in either country.
10 people found this helpful

KathyReviewed in the United States on June 3, 2018
5.0 out of 5 stars
A Brando movie worth watching!
Verified purchase
One of my all-time favorite movies that I never tire of watching. It's not shown on television very often, as much as other Brando movies. This movie garnered numerous Academy Awards. It's an interracial love story and based on history, many soldiers faced similar backlash with loving and marrying Japanese women. It happens after all wars, I'm pretty sure. Great cinematography and excellent acting.
16 people found this helpful

Virginia E. JohnsonReviewed in the United States on April 1, 2014
5.0 out of 5 stars
A Great Movie
Verified purchase
The film, based on the James Michener novel, was extremely well done. I was stationed in Korea in the late 1950s when marriages between American servicemen and local women were strongly discouraged. Still, many young soldiers found the women to their liking, and it was impossible to stop marriages. The novel actually takes place in Japan in 1952, when military men could marry young Japanese girls, but not take them home. The story follows Major Gruver and one of his men, Airman Joe Kelly. Kelly marries a young Japanese girl against Major Gruver’s wishes, but he doesn’t interfere with the wedding. This causes problems with the commanding general, the father of the girl Gruver plans on marrying. It causes a rift in Gruver’s on wedding plans to his daughter. After meeting a beautiful Japanese woman, he knows now what has driven young Kelly to risk his freedom.

The movie was a real treat, and the scenes and acting were superb. My only disappointment was in Ricardo Montalban cast as a Japanese. Though a good actor, he looked out of place. I’m sure a Japanese actor could have been found for the part. James Shigeta comes to mind although he hadn’t broke into American films in 1957; he was an actor in Japan. This is a movie worth watching many times over. The musical scores, though not on a par with Flower Drum Song, were still magnificent, as were the scenes of Japan.

D. L. NorwoodReviewed in the United States on December 9, 2021
5.0 out of 5 stars
Sayonara
Verified purchase
The Japanese are wonderful people & I did not think that I would like this at first due to the bias against them that the soldiers had at the beginning of this old movie. However, this is a love story revealing how the American soldiers stationed in Japan came to love the women, the people, & the customs. Many of the lonely soldiers married the Japanese women even though they could not bring their wives to America at that time. Some of the soldiers were willing to go to great lengths not to have their families separated even if that meant giving up everything. This is a classic that is well worth watching.

Maria L.Reviewed in the United States on August 22, 2021
5.0 out of 5 stars
Great Historical Fiction
Verified purchase
This video was made outside the USA, but it was a very good remastered digital video. The difference between a USA and Korean made dvd is the added special features. I like buying American if I can afford it because they always have something extra like bios, back stories, commentaries by actors or directors. This is a beautiful, sensitive story about the the problems between GIs and their Japanese loves. It’s a story about a time in history when “mixed marriages” we’re deterred inhumanly. If you like learning about different cultures, you will enjoy learning about Japan.

Glama PussReviewed in the United States on November 14, 2021
4.0 out of 5 stars
Purely a love story set against...
Verified purchase
a background of cultural and racial differences. Shows two characters that give in to their feelings over the objections of their very controlling jobs, one as an actress & singer brought up by a strong Japanese school, the other a man brought up in a strict American military background. Following the tragedy of their friends, they stand up to these two systems for love alone. Great acting thruout. Highly recommend.
One person found this helpful

VMSReviewed in the United States on January 30, 2020
2.0 out of 5 stars
Painful to Watch - and not in a good way
Verified purchase
I'm sorry, but this film is the final straw for me with star ratings; this film averages 4.5 of those, but I gather that those who rate highly are advancing a certain political viewpoint/agenda (and please bear in mind that the love of my life is Asian - I just don't particularly abide social crucading). The film is plodding, boring, uninteresting - unwatchable, really. Moving on...
2 people found this helpful
See all reviews
Back to top
Get to Know Us
Make Money with Us
Amazon Payment Products
Let Us Help You
EnglishChoose a language for shopping. United StatesChoose a country/region for shopping.
© 1996-2022, Amazon.com, Inc. or its affiliates