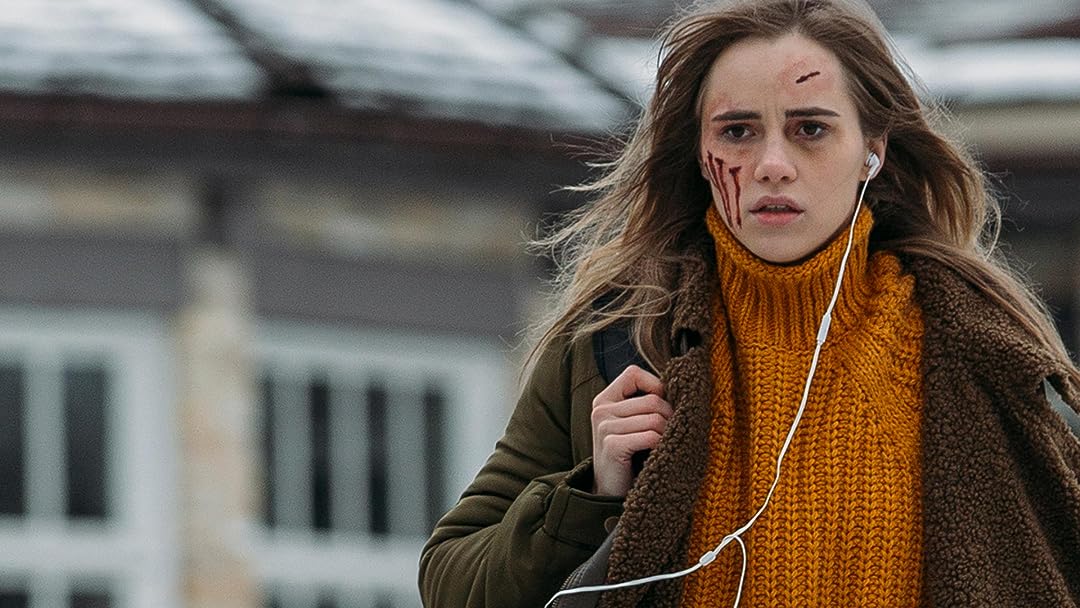 (561)
5.31 h 32 min2021X-RayR
New girl in school, Camille Meadows is invited to join a group of girls in a late-night ritual to summon an evil spirit. But before morning one of the girls is dead leaving the others wondering what they may have awakened.

MonsterZeroNJReviewed in the United States on June 5, 2021
3.0 out of 5 stars
Entertaining but familiar haunted school flick!
Verified purchase
New student Camille Meadows (Suki Waterhouse) has arrived at the prestigious…and possibly haunted…Edelvine Academy and finds that student Kerri (Megan Best) died there as a result of a practical joke gone wrong…or was it? Not only must Camille deal with the school’s resident pack of Mean Girls, but there may be a supernatural presence in the academy and Camille now resides in the dead girl’s former room. No surprise when bodies start to fall…but who, or what, is responsible?

Flick is written and directed by Simon Barrett (writer of You’re Next and The Guest) and is part ghost story, part mystery and part slasher. It has some spooky moments, but maintains the vibe of one of those teen centric supernatural dramas that airs on the CW, even if there is some graphic gore and violence in the last act. Barrett has a nice visual eye and can create some chills and atmosphere, but his script has all the familiar tropes and clichés of a typical haunted school/slasher flick. It is entertaining and well made, but is just too familiar to really grab and hold you. The cast are fine, basically playing traditional roles for this type of flick, with Waterhouse making a suitable heroine. The reveal is OK, with certain motives being a bit of a stretch, but the climatic confrontation does have some fun to it, until it drags on a bit too long for it’s own good. Overall, it passes the time, is atmospheric and has it’s moments, but it’s nothing we haven’t seen before. If you’re looking for something entertaining, but not too demanding to watch, it is available to rent on Amazon Prime. Also stars Inanna Sarkis, Stephanie Sy and Madison Beaty as students.

A.BinkleyReviewed in the United States on November 16, 2021
5.0 out of 5 stars
If you liked You're Next and The Guest
Verified purchase
Solid twisty horror/thriller. There is a good red herring on just what's going on (let me say this: your first instinct about who the real killer is from like the first ten minutes of the film is both right and wrong at the same time, in a good way). Great cast with good chemistry. The script is the best part without a doubt. The action in the end is fantastic. "You can't get away from me." Yep. You'll get it. Definitely a five star horror movie for me. And yes, thre is a shower scene, but unfortunately no nudity, which is a tad disappointing since the ugliest girl in the whole movie is still at least a 7 and a couple of the girls are absolute heartbreakers. This movie is more than just eye candy and blood (if I'm honest that's all I really NEED for a horror movie to be satisfying if ultimately forgettable). This will almost certainly end up in my collection alongside the Guest and You're Next by the same writer who clearly needs to be getting bigger and more frequent paychecks.

CarlReviewed in the United States on November 21, 2021
2.0 out of 5 stars
More revenge movie than horror
Verified purchase
Despite the movie title, this is NOT about summoning spirits or magic or anything that might conjure into you brain while thinking the word "seance". It's a mystery-thriller that you should be able to figure out the culprit with half an hour to spare. Some of the characters get a little time to be interesting before dying, the motive of the protagonist makes sense for the most part and everything kind of just ties up at the end with an awkward hint of the supernatural. Meh. I've seen worse movies involving multiple murders at an all-girls academy under the backdrop of a repressive staff and insufferable cliques. My viewing habits are a little scattershot.

Kim WeekleyReviewed in the United States on November 28, 2021
4.0 out of 5 stars
Misleading title but not a bad movie.
Verified purchase
The plot has been done before with a few things added to make it different. In my opinion, they shouldn't have added the paranormal scenes. The scenes with the "ghost" were only added to throw you off of what's going on. If you're going to do that, it should have been more prominent, more developed, and add something to the movie. It was wasted here. My only other complaint is the horrific CGI towards the end. If you're going to do effects digitally it needs to be done right or it looks cartoonish. Going practical would have been easier for one particular scene towards the end. Overall, I was surprised by this movie and thought it was pretty good.

Geraldo HannaReviewed in the United States on August 16, 2021
4.0 out of 5 stars
Scream meets The Moth Diaries
Verified purchase
Writer-director Simon Barrett for the first time directs from his own script and delivers for the most part a solidly entertaining movie that feels like Scream meets The Moth Diaries. The story is intriguing even if if does manage to lose pragmatism in the end, I found the lead actress Suki Waterhouse to be the best reasoning for watching this. And it has a fun, bloody third act that unexpectedly turns violent and shocking.
2 people found this helpful

Maple SugarReviewed in the United States on June 1, 2021
3.0 out of 5 stars
Mediocre
Verified purchase
Seance pays homage to the 1970's slasher films like Silent Night, Deadly Night and Prom Night with its bloody gore and synthetic soundtrack. Not the best written script and the acting is spotty. I picked the murderer out as soon as I saw them... Otherwise, it was ok. Sukie Water house is a lousy actress though. Meryl Streep has nothing to worry about.
One person found this helpful

Jarrett L BurtonReviewed in the United States on October 4, 2021
4.0 out of 5 stars
Not what you think it is...sort of
Verified purchase
Going in, I had only seen the trailer, which made it look like your standard ghost story at a boarding school. However, Simon Barrett has flipped other horror tropes on their heads in previous films (You're Next, The Guest, etc) so I was willing to give it a shot when I saw he was writing and directing.

Much like The Guest, Seance starts as one type of movie and takes some sharp turns into other genres along the way. That's all I can say without spoilers. I loved this movie, and I have a feeling it will become a cult favorite like Barrett's other films. Highly recommended!

Sara RyanReviewed in the United States on May 21, 2021
5.0 out of 5 stars
Scary and well crafted
Verified purchase
This is such a fun, creepy movie that combines the best elements of modern paranormal horror and classic slasher movies. The performances are engaging and the scares are genuinely scary. Definitely worth a watch!
3 people found this helpful
See all reviews
Back to top
Get to Know Us
Make Money with Us
Amazon Payment Products
Let Us Help You
EnglishChoose a language for shopping. United StatesChoose a country/region for shopping.
© 1996-2022, Amazon.com, Inc. or its affiliates