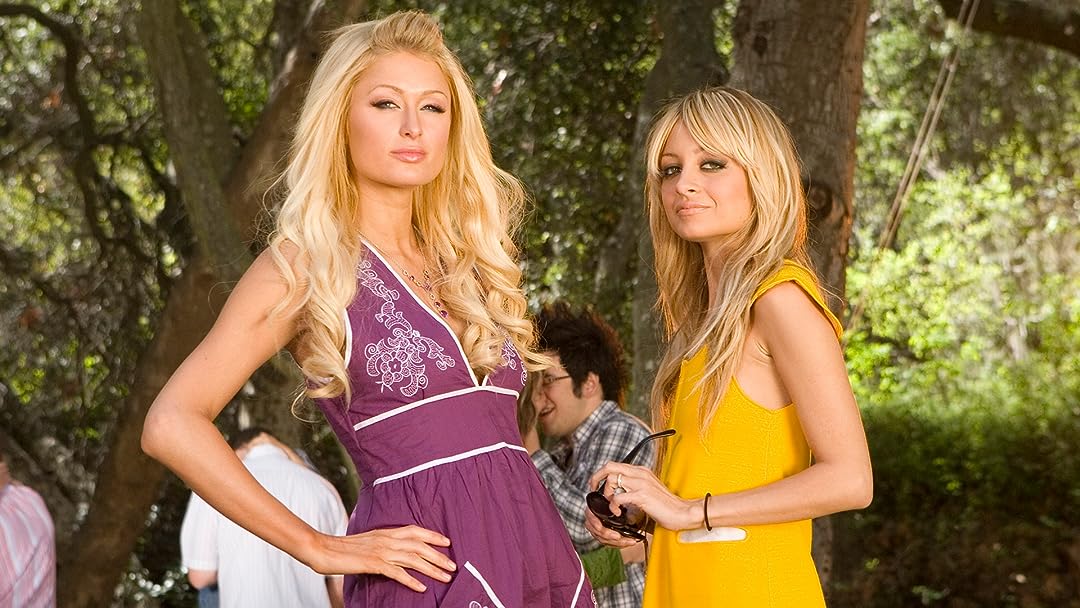 The Simple Life Goes to Camp

Season 1
(651)
4.02007TV-14
Paris and Nicole are reunited, and boy, does it feel good! Forget their infamous feud, these BFFs are back together, more fabulous than ever--and hitting the road for another hilarious season of The Simple Life!

WeekendWarrior2017Reviewed in the United States on July 30, 2019
5.0 out of 5 stars
Train-Wreck
Verified purchase
NEVER EVER thought I'd actually want to watch this show. Honestly, this is such a stupid show - a train-wreck waiting to happen ... but, I loved it! It is a light-hearted look into another world - which means, it (easily) took my mind off other things. Good to watch at the end of the day when you just want to forget about every day stressors.
3 people found this helpful

Javier LopezReviewed in the United States on May 18, 2008
3.0 out of 5 stars
Not so interesting this time.
Verified purchase
I have every season of The Simple Life and I have enjoyed the first seasons until season 4, when Paris and Nicole had their feud. But even though they didn't work together the season was fine. So now that they got together again to make season 5, I thought that the show was going to be really funny. But I really found it not so funny. This time they go to camp and there are not really fun scenes. I think that one of reasons can be, that they are in another stage of their lifes. I mean they are in their late 20's so making stupid things (Let's be honest. The show was fun because they were always making stupid things. Funny but stupid) is not so funny any more. And the other I think, was that there was nothing exciting in the stories that they made for this season.
I heard that season 5 is the closing season of the series. I think that it wasn't a good idea to end a show that had had success without closing it big.
Finally I must say that the DVD production is not good at all. It doesn't have special features. You can only find the usual DVD enhancements such as scene seletions or subtitles (this one includes subtitles in English, Spanish and French).
If you are a follower of the show, buy this one but if you want to buy a season for any reason. Try the first three seasons (the best ones for me are season 2 and 3).

GagaReviewed in the United States on January 12, 2021
3.0 out of 5 stars
Nichole!!! Oh,yeah...Paris too lol
Verified purchase
Paris and Nicole up to their same old shenanigans..this time set at a camp. It’s cheesy,campy early reality television. Nicole steals the spotlight as always. The “love connection” aspect between Paris and one of the other camp counselors is silly and set up at best. Still worth a watch for sure.

AlyssaReviewed in the United States on December 20, 2020
5.0 out of 5 stars
Simple
Verified purchase
I never thought I’d watch this show. I hadn’t watched it when it came out, but it was interesting.
I watched 1-4 for free and then purchased this season.

I will say Pluto TV has this as well. Pluto is free if applicable with your TV or device.

skinticket712Reviewed in the United States on January 19, 2017
5.0 out of 5 stars
Love it!
Verified purchase
The Simple Life is a series that's a guilty pleasure of mine. I know, they're spoiled and ditsy but they're so funny at the same time. And they have good hearts. I love this show. I am heavily satisfied with my purchase and recommend it to others. People should give it a chance. They're charming and funny.
One person found this helpful

Wile E. CayoteReviewed in the United States on August 22, 2008
3.0 out of 5 stars
Stupid is...
Verified purchase
...as stupid does. Of course I have no idea if these girls are truly dumb, but if I had to base my opinion on these movies I'd have to say 'yes'. That being said, the series is pretty entertaining. I find amazing the way these girls treat people, the people who open up their homes to them and just folk in general. They act like teen age kids who have had no direction or parental influence in their lives. Just because you are extremely well to do does not mean that you should not have basic manners or social skills. I understand that this series is meant as entertainment and not really a look at the girls 'real' lives, but it sure serves as a clue what those lives must be like. And hey, if I inherited a ton of money, who's to say I wouldn't become just as irresponsible? I will note that in the later series, the girls often gifted the families they stayed with with some pretty nice stuff, so I suppose all is not lost. So, 3 stars for entertainment, -2 for embarrassment suffered while watching.

TboneeaReviewed in the United States on August 30, 2021
5.0 out of 5 stars
Funny
Verified purchase
Funny mini series

TylerReviewed in the United States on March 7, 2014
4.0 out of 5 stars
Great show/ worst season
Verified purchase
Loved "The Simple Life" series! Although this was definitely the worst of the series, Paris and Nicole are still very entertaining. Even though you know most it is set-up in all seasons, it was as if they didn't even try to hide the fact during this season. Completes my set, so I am happy with it!
One person found this helpful
See all reviews
Back to top
Get to Know Us
Make Money with Us
Amazon Payment Products
Let Us Help You
EnglishChoose a language for shopping. United StatesChoose a country/region for shopping.
© 1996-2022, Amazon.com, Inc. or its affiliates