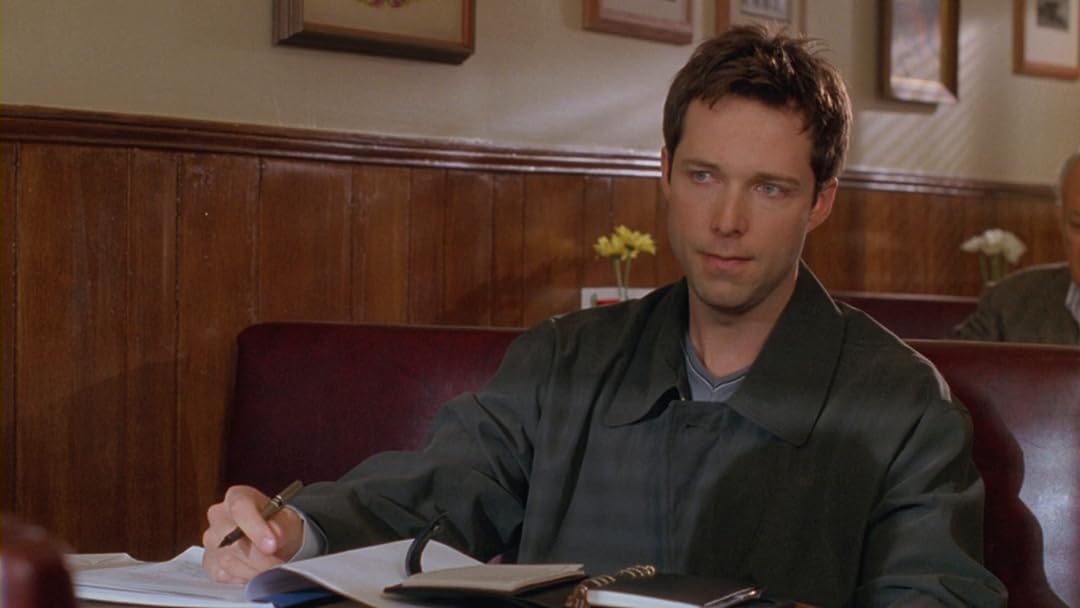 The Simple Life of Noah Dearborn

(1,242)
7.31 h 27 min1999X-RayPG
Academy Award winners Sidney Poitier and Dianne Wiest star with Mary-Louise Parker in this enchanting tale about a quiet hero who becomes the talk of the town.

Sharron CrandellReviewed in the United States on September 25, 2019
5.0 out of 5 stars
******** STUNNING & INCREDIBLE FILM - HIGHLY RECOMMEND **********
Verified purchase
I happened upon this movie after binge watching Ray Donovan. I was looking for something light after investing about 36 hrs. in the Donovan series. Needless to say this is a charming film with incredible actors and Sidney is phenomenal as always . A simple little film that made me cry more than once. What a treasure Noah was to his town and friends and how someone from a different place and background found an incredible relationship with him. This film is a sleeper that too many have sadly missed. I highly recommend this and it will not be a waste of your time.
37 people found this helpful

Gabriela MistralReviewed in the United States on October 17, 2019
3.0 out of 5 stars
Disappointing
Verified purchase
I love Sidney Poitier and I think he did a fine job of acting. I just did not find most of the characters believable. The pace was slow. It wasn't at all clear to me what behaviors Noah Dearborn was exhibiting that could possibly lead to getting him committed as a danger to himself and others. Not that I'd put it beyond a greedy corporation to do such a thing, but I just didn't see that they even tried to invent any evidence. I didn't think the panel of psychologists was believable at all -- I've never heard of such a panel being conducted in such an unprofessional way. Finally, it really bothered me that this seemed to be another "white savior" movie. I didn't watch to the end -- couldn't stand it -- but the whole beginning was about the young white psychologist trying to save Noah. What happened to the agency of black people?
20 people found this helpful

Michael P.Reviewed in the United States on November 7, 2019
5.0 out of 5 stars
A simple godly life!
Verified purchase
I was very moved by the film. Mostly, I felt conviction. As a Christian, I believe that this film pictured what it is to live a simple godly life, being content with your lot in one's life and to do the work that God put before one....
Although, no one articulated just what it was about the character Noah that was so spell binding. For me, it was the contrast between my life and the picture of contentment before me. My lifestyle, values...are much more in line with all the other characters in the movie than with those portrayed by Noah.
I think that this movie was the best picture of godly contentment, values, decency...that I have ever seen.
As a Christian, I am taking the movie as exemplary; I am more clear now about what is wrong with my life. That is, the broad spectrum of worldliness portrayed in the lives of the other characters, stank in comparison to that portrayed by the character Noah. I value that sort of life more now. And for that, I appreciate this film. I purchased a couple of new copies on Ebay (didn't seem to be any for sale here) to give as gifts.

Amazon CustomerReviewed in the United States on October 26, 2019
2.0 out of 5 stars
Really!
Verified purchase
If you are going to make a movie can it make some sense. What was remotely wrong with Noah that warranted any psych evaluation? Everyone in town spoke very highly of him, and he was well respected for his craft. He character showed that he was wise, and intelligent man. When you get people at this age they have learn to deal with their own problem. I know from observing the elders of my family. They didn't talk about feels from past trauma. This whole plot was really unrealistic. Not one things was agreed upon to sale his land, not one notification that they were going start digging near his property. You are telling me if anyone disagrees with your decision not to sale their property all your to do to get them out of the way is have the Psych ward pick up to committee them. I am all for making inference in a movie, but this movie did not give enough to do that for the viewers.
Personally, I am tired of seeing movies where white people are coming to save black people. It send a message as if black people cannot think, protect, or speak for themselves.
White people live in little town like this everyday living in their own space which they have ever right. I truly doubt anybody would be rolling up to their property at anytime talking about they got questions and want to talk. I bet somebody would get a bullet in their butt. 2 stars for the legendary cast members.

sofiaReviewed in the United States on January 17, 2022
5.0 out of 5 stars
The last movie of Sidney Poitier.
Verified purchase
The last movie I believe, of Sidney Poitier is basically his own story to look and be the amazing human that he is/ was. To do such a good acting at his age is basically the theme of the movie itself, to work and look so young and so inspiring to others. This man is an icon of the cinema and of human kind and his integrity is what is seen throughout this movie. The board of psychs with a court order is weird. I didn't think this is possible but human greed can go a long way. That's why this movie is inspiring: human integrity and authenticity can also go a long. The movie depicts the two extremes of integrity vs greed. Medically speaking, I believe the movie is trying to lead us towards PTSD? or even mild autism? ( lack of touch)? Not sure what they are trying to say about that and it does not matter. The movie is Sidney Poitier, entirely :-). ETA: It was not his last movie, as it was filmed in 1999.
4 people found this helpful

William MeadReviewed in the United States on May 30, 2019
5.0 out of 5 stars
We don't all have to be the same
Verified purchase
"Simple Life of Noah Dearborn" portrays the collision of a fit, hard-working craftsman with developers who lust after his land to build their latest strip mall.

HAVIReviewed in the United States on January 22, 2022
5.0 out of 5 stars
HIGHILY RECOMMEND THIS MUST WATCH MOVIE! LIKE NO OTHER POITIER MOVIE!!! SO STUNNINGLY BEAUTIFUL!
Verified purchase
I have to admit I'm a Sidney Poitier super fan. This movie is like no other that he's made. Poitier plays a character living a simple life, rooted in simple things that bring him joy and keeps his honor and integrity in tact, who has a strong sense of values and manners this world desperately lacks today!

Others have reviewed it as being too slow, unbelievable etc., they don't know what they are talking about. This character fights with dignity to keep his precious land from the money grubbing hands. When he will not sell, falling for the six figure cash offering, he again fights with dignity against the evil plot to snatch his land from him.

This is a great family movie full of honor, dignity, values and manners! You would be sorry to pass this one up! I highly recommend this movie!
4 people found this helpful

Sharon J. SchaubertReviewed in the United States on November 24, 2015
3.0 out of 5 stars
This movie was excellent in so many ways
Verified purchase
This movie was excellent in so many ways, the storyline, the cast, etc. Though often paired with "The Last Brickmaker in America" as a comparable movie, it seriously lacked the pristine character that was so evident in "The Last Brickmaker in America.". The "mild language" was offensive and did not add, but rather detracted from such a great storyline. Because it is not family friendly, I could not sit my grandchildren, or any child for that matter, down to this movie because of the cussing and one scene in particular, between the unmarried couple, which lacked propriety.
33 people found this helpful
See all reviews
Back to top
Get to Know Us
Make Money with Us
Amazon Payment Products
Let Us Help You
EnglishChoose a language for shopping. United StatesChoose a country/region for shopping.
© 1996-2022, Amazon.com, Inc. or its affiliates