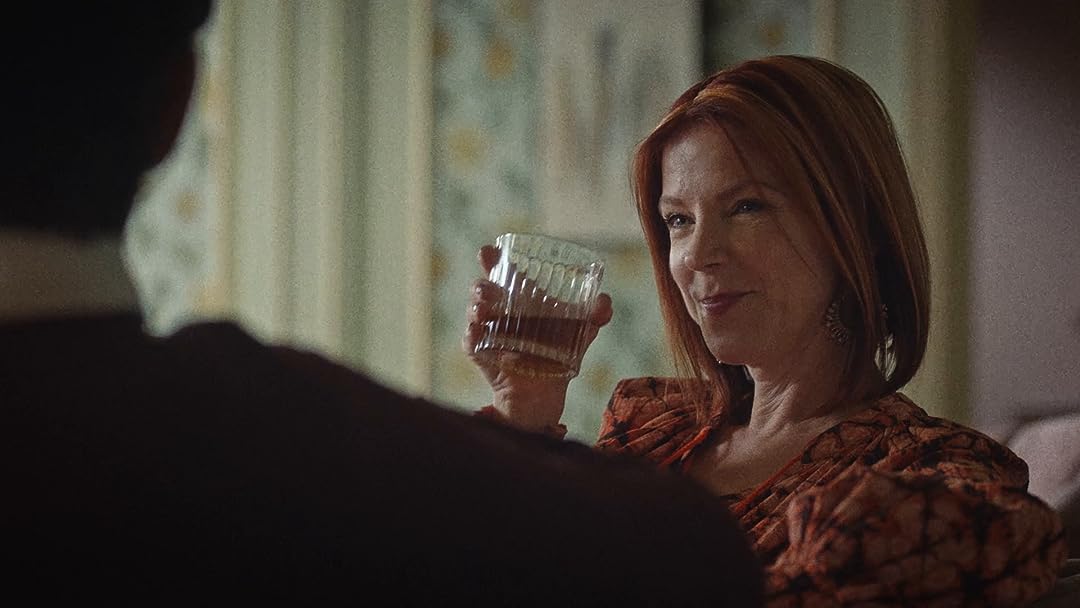 Season 1
(19)6.72021NR
Slasher: Flesh & Blood follows a wealthy, dysfunctional family that gathers for a reunion on a secluded island only to learn they’ll be pitted against one another in a cruel game of life and death, all while being stalked by a mysterious masked killer. Nothing is what it seems and no one is safe as the tension - and body count - ratchets up.

DeetsReviewed in the United States on October 2, 2021
4.0 out of 5 stars
Shock Value Is Not Shocking Nor Valuable
While I can't recall all the other seasons in detail, Flesh and Blood is definitely the best of the 4. They managed a well done 360 on the predictability factor by throwing a solid curveball. Some of the characters and subplots were interesting (and despicable but in a well placed sort of way). The show definitely suffers from some instances of "hard to believe moments" in the dynamics of characters after certain interactions. There were some deaths which seemed entirely unfeasible as well. Also, it suffers from the cliched and silly common sense moments ("Let's split up" "We got him, but let's not sustain the attack!"). Still, it was more believable than the previous seasons.

This show contains the most gruesome and realistic gore I have ever seen. It is more violent than the previous seasons, GoT, AHS, TWD...etc. It is astonishingly brutal and believable; everything from decapitations, dismemberments, and disembowelments. It's not limited to blood and guts; every major organ is depicted in graphic detail. The level of details in some scenes are even sickening. (ex: colon squeeze).

I suppose it's a bragging right to be the king of gore, but too many shows these days try to out-shock the last. In 2011 GoT revolutionized TV with its shock value; showing the darkest depths of human depravity. Nowadays, nearly every show has attempted to show the same level of depravity using regular, relatable people. Slasher doesn't bring a unique level of shock to the table, only because those things have all been done time and time again. But, they managed to pull it off better than AHS did.

Overall, it is an entertaining ultra-gory anthology -- well worth the watch.
One person found this helpful

McQuesten Reviewed in the United States on October 7, 2021
1.0 out of 5 stars
Has potential
One star rating, cuz its woke, crazy amounts of gay sex. Really disgusting. If it didn't have all that nasty, I'd give it 3 or 4 stars. I'm just starting episode 3, so I'm not sure if I'll finish it at this rate. The story itself isnt a bad concept, It is entertaining. If the LGBTQ stuff doesn't effect you, its worth watching.
2 people found this helpful

Dorita WolfeReviewed in the United States on September 9, 2021
5.0 out of 5 stars
One Happy Camper
Better than the Netflix Slashers I've seen. I mean they were good, but this one hits home (literally). I can't wait to see more episodes. This started and ended quit on top. Gruesome, cold hearted, don't trust "anyone'" (even when you think you can)! I couldn't get enough. So I watched it twice! Love, Love, Love this one! Please, please continue.
2 people found this helpful

JezebelReviewed in the United States on August 26, 2021
5.0 out of 5 stars
Better than the traditional Slasher series
A thoughtfully-written, suitably-frightening, and highly engaging series. Recommend.
3 people found this helpful

AM Reviewed in the United States on September 7, 2021
5.0 out of 5 stars
It's BACK!
I absolutely LOVE the series slasher on Netflix and was bummed that it would not be returning back to the platform for another season, but SURPRISE SURPRISE... IT'S BACK! I am so glad that Shudder decided to pick up Slasher, and they were not pulling any punches with Flesh and Blood. I hope Shudder continues to keep the series on!
One person found this helpful

beverlyReviewed in the United States on August 19, 2021
5.0 out of 5 stars
Awesome
Love this series, it is very well crafted and actors are great.
2 people found this helpful

shadygrady0002Reviewed in the United States on September 30, 2021
5.0 out of 5 stars
Insanely Entertaining!
Gory, over-the-top, excessive, extreme, crazy, insane and I loved every second of it! I have not been this entertained by a series in years! Brilliant!!! I hope they release this on DVD. Would love to add this to my collection.

Yeshorra DesignzReviewed in the United States on September 5, 2021
5.0 out of 5 stars
Don’t Let The Mediocre Name Fool You!
This series is EVERYTHING! The storyline was totally unexpected. I really hope they come out with a season 2.
One person found this helpful
See all reviews
Back to top
Get to Know Us
Make Money with Us
Amazon Payment Products
Let Us Help You
EnglishChoose a language for shopping. United StatesChoose a country/region for shopping.
© 1996-2021, Amazon.com, Inc. or its affiliates