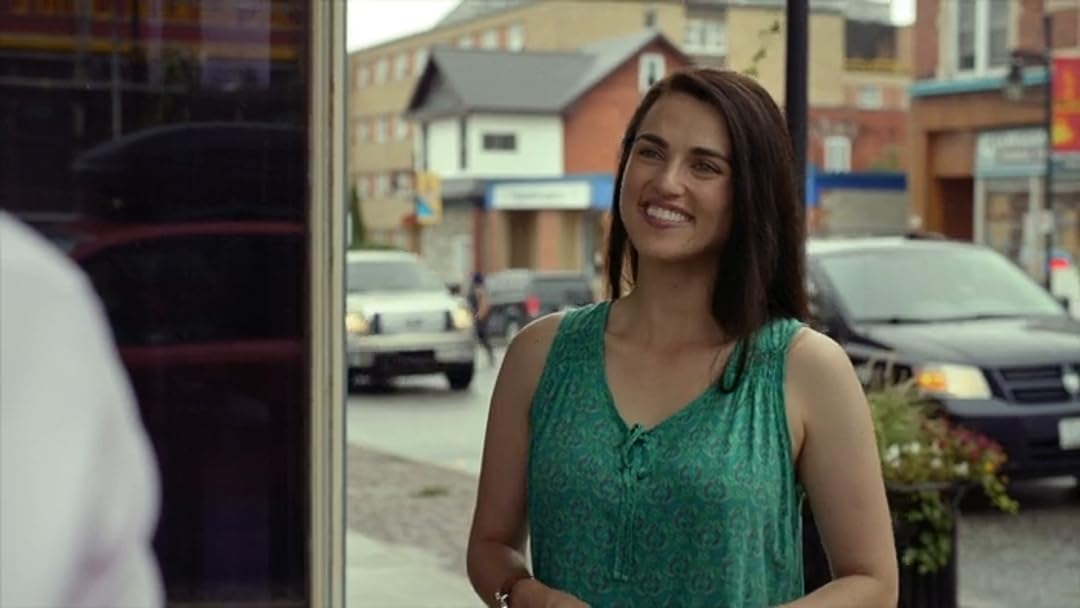 Season 1
(56)
6.8201618+
A young woman returns to the small town where she was born, only to find herself the centerpiece in a series of horrifying copycat murders based on the brutal killing of her parents.

brad1110cReviewed in the United States on April 22, 2016
2.0 out of 5 stars
THE HORROR!!! Apply Ball Peen Hammer Directly To Your Own Head, And REPEAT
Verified purchase
The Slasher, like soooo many productions fails because the horror is contrived and two dimensional. The villian really never has to work for it, with repeated versions of the guy/girl twisted ankle routine or became frozen with fear to a point of ad nauseum..
I love horror, and was hoping this dog would run. The budget is there, the actors play many of the typical roles so you feel you've been there before, but are passable. By the second episode I found myself saying, "c'mon" more and more often and with growing frustration. This frustration stemmed from having situations unfold that with just a little more thought might have been better, or great. Instead we're stuck with "ok" or lame. .
The true "Horror" would be having to watch an entire season

Amazon CustomerReviewed in the United States on June 12, 2016
4.0 out of 5 stars
B-Quality
Verified purchase
There's no doubt that the series, in every way, represents the B-movie slasher tradition: flaky characters, the killer's supernatural sense of place and timing, a plot almost built around the killer's appearance (which was the best part of the series), and a number of creepy red herrings to distract the viewer. It's everything you want in a B-quality horror flick adapted to be a series.In fact, it was a little more violent than I expected or prefer, but I was surprisingly okay with it. It seemed apt.
One person found this helpful

SocksReviewed in the United States on August 7, 2019
5.0 out of 5 stars
Love it
Verified purchase
I had to purchase this because I saw it already and I loved it. Great slasher action to me without going over the top.

Joel M. AndreReviewed in the United States on April 12, 2016
5.0 out of 5 stars
Enjoying The Series
Verified purchase
An awesome show. It is retro in nature, but well paced and Katie McGrath does an incredible job with her acting.
2 people found this helpful

Kevin ClarkReviewed in the United States on March 11, 2016
5.0 out of 5 stars
Feels like it was made by fans, for fans.
Verified purchase
Even though I enjoyed some aspects of MTV's new "Scream" series (minus the teen drama) and Ryan Murphy's "Scream Queens" on Fox was a guilty pleasure with more misses than hits, Chiller's first original series "Slasher" is everything they should have been. I'm not aware of who the creators are or what their horror pedigree is, but the first two episodes are the most "slasher-esque" out of any of the series previously mentioned. If the producers don't have a home shelf full of classic slasher titles, I'd never know, because "Slasher" feels like it was made by a fan, for fans.

The series, in classic slasher style, is set up to be a "whodunnit" (something its sister shows had in common), in which the audience will presumably discover the killer's identity in the season finale. But what makes the trip more bearable this time out is that, unlike MTV and Fox's offerings, we don't have to sit through a bunch of teenage angst and bad gags in between the mayhem. Whoever made the decision to have this story focus on adults (and I mean the house-owning kind, not the "I'm away at college" variety), the audience thanks you. Oh, the drama is there, but it's lacking the Dawson/Joey element.

As any effective slasher is only as good as its ability to create suspense, have a good amount of gore, and give us a menacing killer, the series pleasantly gets all of these crucial aspects right. We have ACTUAL suspense (P.S. young, pretty women in these things should never go out walking alone). The Executioner, the show's debut villain, is an imposing cross between the hook man in "I Know What You Did Last Summer" and Ghostface (he proves he can run).

Add in a nice machete kill that I was surprised made it past the censors, and there's your gore aspirations being met.

The cinematography is also worthy of mention, as it's even better than "Scream" or "Scream Queens." A Chiller TV series having better production values than a Ryan Murphy production on Fox? I almost didn't believe it myself.

Chiller scores a hit with its first original series, and the first two episodes breeze by leaving you wanting more (instead of checking your watch, something I did frequently during "Scream Queens" interminable two hour premiere). "Slasher" is a love letter to slasher fans, and the next few weeks are going to be quite a ride. Thanks, Chiller.