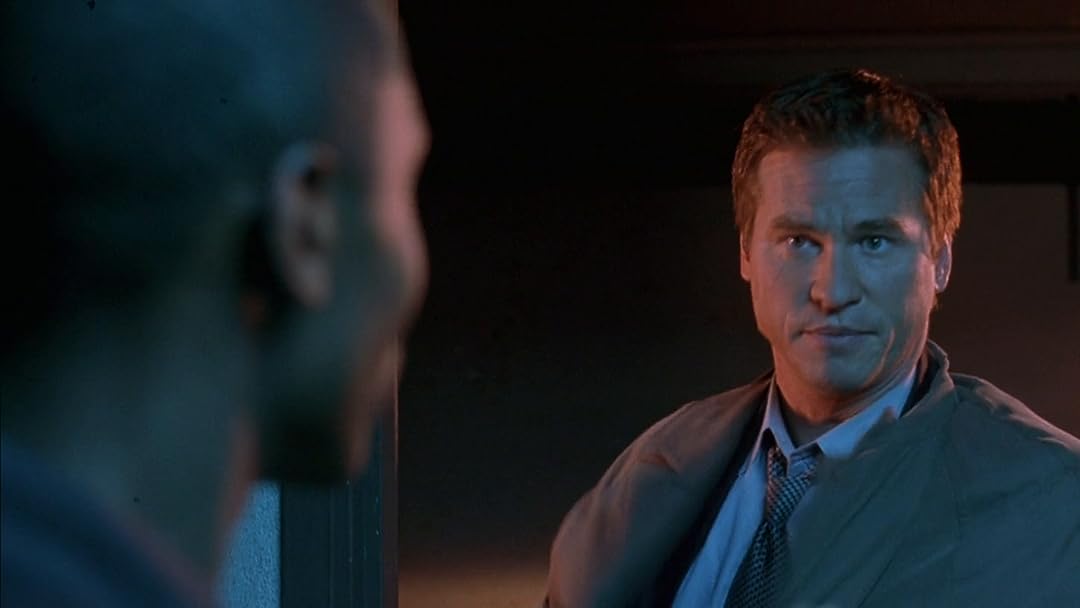 AmzSelzBasuraReviewed in the United States on August 28, 2017
5.0 out of 5 stars
You gotta get me to the tall corn!
Verified purchase
Favorite Mamet film.

It's surprising to me how many people do not understand the plot of this movie or it's basic themes. This is not a mindless action movie. It also doesn't spoon feed you the plot or what you're supposed to take away from this film. If you're too dense or on your phone the whole time, you're not gonna get it.

In my opinion, this is a great film about duty and honor. Honor is a frequent theme with Mamet. I love it.

Solitary ManReviewed in the United States on December 6, 2014
4.0 out of 5 stars
I have seen Spartan a number of times and my ...
Verified purchase
I have seen Spartan a number of times and my appreciation for it grows each time. It's interesting, most of all, because of the way Val Kilmer and the other actors carry out David Mamet's strategy of foregrounding language. One might expect some of that language, the language of the military ranger, to be only hyperbole as we see in various sectors of the government, but the Spartan like the Western hero, is true where the leaders of the town, or, as in this case, the government embody all that is false. A couple of rangers are, in fact, the only thing that is real in a world in which nothing else seems to mean at all. I actually did not take this to be a matter of Kilmer's profession but of his, and his woman partner's faithfulness to the ideals of the ranger, a calling to give of themselves when when they give their word, as we like to believe characters from another day and time did. Here we find a couple of time travelers wandering around in a postmodern nightmare trying hard to hold onto their ideals. The structure and plot of the film are in many ways old fashioned. What makes the movie worth watching is the Mamet technique with language, which always keeps you aware of life as a language game, to be sure, but one in which language can involve existential choice or be just another echo of a postmodern nightmare. It might be a little more interesting if the Kilmer character weren't so idealized and that there was more of a possibility that he would not do the right thing, but it is interesting enough as it is.
13 people found this helpful

Stephen RustadReviewed in the United States on November 22, 2019
5.0 out of 5 stars
Taught, Deep State Noir Thriller.
Verified purchase
David Mamet is a remarkable screen writer. This is never more evident than in movies he also directs. Exhibit A: Spartan. Spartan is a well-constructed, superbly cast and crisply staged "Deep State Noir" thriller. Val Kilmer is spot on as tightly-wound, highly-skilled, and extremely-focused Marine of limited imagination but unlimited commitment - first to duty and then to doing what is right. Look for Derek Luke, William Macy Kristen Bell, Ed O'Neill and Clark Gregg in a small, but key, roles.
One person found this helpful

JfReviewed in the United States on May 15, 2015
4.0 out of 5 stars
ya gotta love the guy (mamet)
Verified purchase
Great plot. Moves a little slow at times but thats always the most interesting part of his films. If you are a fan of Mamets as I am, then you know when the pace slows down the dialogue picks up. He is the master of dialogue. People you do not talk this way except when they are at a loss for "words". We stumble and repeat ourselves. Its fascinating to think back to the last time you got caught at a lie. Umms and let me explain .Example: Pause ...".well it wasnt me". What you are saying is I did not see you there". Yes ,well thats right it was not me. " I dont understand. I saw you and now you say it was not you when it was". ...... that is master dialogue. Its all in the simplicity . Nothing witty but right to the point with a fast meter.
In this film we see one of the regulars .William Macy as secret service agent.It is a slow paced thriller with a con job where the primary (val Kilmer) is a nasty good guy and has figured out the con.He has been duped. Now he has to tidy things up.Make good what others have made bad. Undo the damage that other good guys have done.If you need a play by play then the earlier reviewers of this film should be read. I am just here to let you know it is typical Mamet with a touch of uber agent action. Most of his films are con ,scam or one on one confrontations. Macey is great at confrontation. He is a master at the verbal stumble.He is seen briefly in the middle (an intro)and then at the grand finally.
Val kilmer is given or ad libs a few witty phrases and seems to enjoy his role.
I really couldnt see how Ricky Jay or Rebecca P.(the wife) would fit in. Mamet in one of his long con movies using Rebeccas skill at delivering simple but very witty lines. Shes really good.She just would not fit in this salvation of the soul type film.
It is not a fun film but is very interesting. And I was not disappointed with the dialogue. Certainly not his best work but good enough to watch. He has set his own bar so very high in the past and those films will be tough to reach.

Paul WeilReviewed in the United States on June 18, 2020
5.0 out of 5 stars
A Great Film
Verified purchase
This is in fact a great film, and more resonant today than when it was made. When the broken ragdoll of an abused daughter calls her parents and indeed the entire elite "savages," we understand her with grievous moral clarity. I suspect that not as many did when the film first came out. It is the perfect story of our time; I'd like to see Mamet remake it with another $20 million for production values and more time to develop some key relationships.

JohnDrakeMI6Reviewed in the United States on April 17, 2013
5.0 out of 5 stars
Spartan's Story is closer to the Truth than you know!
Verified purchase
I am former U.S. Secret Service and the procedures and details in this movie are more accurate and real than you think.These people are highly trained and loyal and will do exactly what Spartan did. Even the failure of one agent who was off his post is a severe offense and will not be tolerated. National Security issues are involved and Family members must be protected from kidnappings and ransom against the President at ALL cost. An "un-protected" President or any member of his Family can affect the lives of millions of Americans. Great action flick and very close to real activity.Some spots were not as good as others, but it was still great over all. Watch this movie and you will know what really goes on behind the scenes at the White House or with the Secret Service. Love Val Kimer! I thought he must have had some training! Probably had a former agent as an adviser/consultant.
16 people found this helpful

James CarrollReviewed in the United States on October 12, 2015
4.0 out of 5 stars
I wanted to love this one, but...
Verified purchase
I wanted to five star it; I wanted to love this one, but there was just a little too much collateral damage and a fairly twisted plotline that suffers from irrational character choices and predictable and bad "unnecessary gore for gore's sake." As if the central plot of Human trafficking wasn't disturbing enough... this could've been up there with any of the "Taken" episodes, but the story itself is a bit "thin" and unbelievable in places; this despite valiant efforts to act through its shortcomings and then polish it all up in the editing room, this one may be a keeper if you are into collecting as you'll watch it at least twice, maybe three times, depending, but it's a B- film overall. Four stars, but collectable.
One person found this helpful

SD-SUReviewed in the United States on December 8, 2013
5.0 out of 5 stars
Mamet's Secret Agent Movie
Verified purchase
Might be my favorite Mamet flick. Val Kilmer (in one of his last roles before he grew... "rough") as a relentless Jason Bourne-type of operator who discovers that his mission was compromised by shady elements in the government. So off the reservation he goes, putting his particular set of skills to work as he travels the country and the globe to rescue a special girl who has been kidnapped into an international sex trafficking ring. This movie was released years before Taken with Liam Neeson, though the plot has similarities. What it lacks in Taken's action, it excels with the terse and deliberate script by Mamet. Kirsten Bell, Ed O'Neill, and William H. Macy deliver nice performances in small roles against their type. But Val Kilmer is the star here, delivering glimpses of the promise he showed how many years ago.
7 people found this helpful
See all reviews
Back to top
Get to Know Us
Make Money with Us
Amazon Payment Products
Let Us Help You
EnglishChoose a language for shopping. United StatesChoose a country/region for shopping.
© 1996-2021, Amazon.com, Inc. or its affiliates