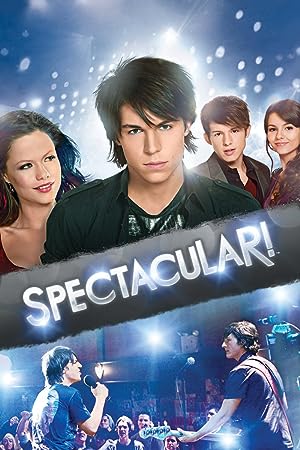 (360)
5.41 h 33 min2009X-RayNR
A high school choir is fading in popularity, as it continues to lose most of its' members one by one. A wannabe rock singer is convinced to join the choir, in hopes of winning the upcoming competition and cash prize.

Daniella DabrowskiReviewed in the United States on February 28, 2022
1.0 out of 5 stars
Damaged Disc ...
Verified purchase
Mine came damaged. Just got mine delivered today and was super stoked to watch it! I've seen it before and wanted to relish in my younger years. But sadly I can't because or doesn't work when I try to play it. I had hoped it wouldn't matter but my player won't even read it as being in the player. Im a little disappointed because I really enjoyed the movie years ago when ot was first released.

VeronicaReviewed in the United States on April 21, 2022
5.0 out of 5 stars
Wonderful movie
Verified purchase
My daughter saw this movie and loved it so much she had to have the DVD. As a parent, there are a lot of good life lessons in it such as what is really important and how to solve differences of opinions and how not to solve them. The dancing and singing are all very enjoyable.

Amazon CustomerReviewed in the United States on September 5, 2020
1.0 out of 5 stars
no movie in the case
Verified purchase
We opened the movie case and there was no disk. My special needs daughter saved her money for this movie and is very upset. This has never happened before. Very sad.
2 people found this helpful

Russell SReviewed in the United States on February 28, 2014
5.0 out of 5 stars
Lots of good clean fun
Verified purchase
This is a Nickelodean movie but even though I am no longer a youngster....I loved it. I have to admit a weakness for these types of musicals, yep musical. Now the meat and potatoes. Who knew that in addition to being a fine actor that Nolan Gerard Funk could sing! And very well too. The story is a simple one, egomaniac joins small "group" to get money and money only and then learns there are things more important. Lovely and attractive cast, lovely and toe-tapping music and just a lot of fun, for the kinds and the grown-ups, too. If you don't tap your toe and smile...you have no soul.
2 people found this helpful

jlcReviewed in the United States on June 18, 2014
5.0 out of 5 stars
Great for Any Age
Verified purchase
Wow! I was pleasantly surprised! A great story about believing in yourself and your dreams and stepping outside of the box, whether put there by you or those around you.

"Spectacular" covers the spectrum of both young people with dreams and hopes for their future and older folks who think their chance at fulfilling the dreams or enjoyments of life has passed them by. It's not over 'til it's over.

CemKReviewed in the United States on June 12, 2009
4.0 out of 5 stars
good teen musical...
Verified purchase
This one is a made-for-TV teen musical and it's made by Nickelodeon for not to seem behind Disney which had great success with the High School Musical series of films. However, it's a completely different cup of tea. To begin with, the story focuses on a high-school show-band on the one hand, and on the main character Nikko's (Nolan Gerard Funk) journey of self-discovery. These two points really make the film less appealing for the younger viewers for it doesn't involve a cheesy love story (even if it has hints of it) or a basketball team and team camaraderie, or completely cartoonish characters. On the other hand, it's not too appealing for the older siblings and parents group either for it lacks many elements of a proper movie for grown-ups. It's somewhere in between, hence it doesn't appeal to as wide an audience as it should. The songs are so-called rock'n'roll which means upbeat pop with electric guitars, and that's not what it should be... So, you don't have a great storyline to appeal to every age group and you don't have the musical backup to support the weak structure.

Which is a pity, because there are very good performances, especially from Nolan Gerard Funk and Greg Germann. As Greg Germann is around for ages, I believe it's important to have a few words on Nolan Funk here: The young man is good looking, has a strong, good-looking body, and has a voice which can convince people he can sing -at least in a prerecorded format. On the other hand, Nolan Funk is an interesting young actor, because, unlike Zac Efron or other male leads in such films -or his female costar Tammin Sursok for that matter-, he can act, sing, and dance all at the same time! I hope he has a remarkable career ahead of him and his recent co-starring performance at Castle TV series' pilot was promising...
However, the rest of the cast, with Mssr. Germann and Avan Jogia as major exceptions, are not really helping to keep the acting quality where it should be.
All in all, it's a fun film to watch, it has a rational enough storyline, it has above average acting overall compared to the competition, it has catchy tunes and a decent message for a younger audience and not too bad ones for those who like pop, and a great performance from Nolan Funk. The problem with it is that it doesn't really make you wish to watch it over and over and over again. I would still recommend it to buy just to watch Nolan Funk, though.

Amazon CustomerReviewed in the United States on May 19, 2021
5.0 out of 5 stars
i would die just to watch this again
Verified purchase
not too bad lol XD hahahaha jk jajajajajaja kj

monkey
One person found this helpful

Bryb2011 Reviewed in the United States on March 3, 2021
5.0 out of 5 stars
Great Kids movie
Verified purchase
Great kid movie
One person found this helpful
See all reviews
Back to top
Get to Know Us
Make Money with Us
Amazon Payment Products
Let Us Help You
EnglishChoose a language for shopping. United StatesChoose a country/region for shopping.
© 1996-2022, Amazon.com, Inc. or its affiliates